NEWS FLASH: President-elect Donald Trump and Kellyanne Conway today lashed out about the recounts now underway that were put in motion by Jill Stein. Filing for a recount is legal, and it’s not the same as refusing to concede when there is a clear decision. This is why certification of election results is part of the process, why there are deadlines for filing for recounts in any given state, and a process and cost for such undertakings. Many states were close in this election, what was not close in the end was the popular vote, but the Electoral College is still the law of the land, so why not make doubly certain after all the contentiousness that the states in question with razor-thin margins were correctly called and tabulated? 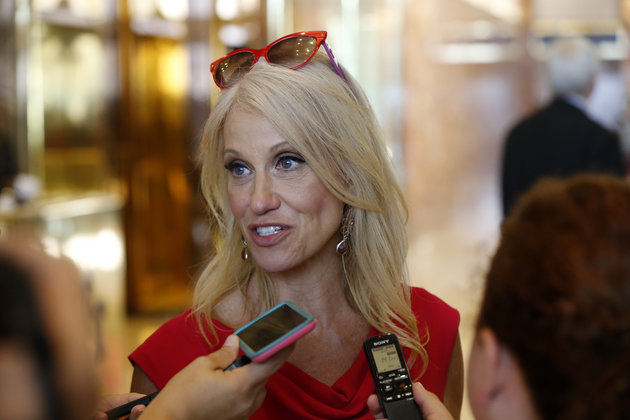 Conway’s barbs here are nothing more than intent to reinforce the myth of liberal bias in the media and build the myth that Trump really is the champion of the average working citizen who is appalled that Stein is supposedly exploiting people’s frustrations and pocketing the money. That’s what we could suspect if Trump was fundraising for recounts even though he has supposed untold billions. Being a political neophyte does not give Trump and his advisors carte blanche to cast doubt and aspersions against opponents taking legal measures to ensure the integrity of election results. Corruption abounds when the populace is complacent or does not believe it can happen. Things that are standard operating procedure being called crooked or dishonest is par for the course for this administration-in-the-making and is setting a bad precedent for establishing a new dystopian reality. If you dismiss such concerns as hyperbole and don’t give them due diligence and adequate addressing it will be too late when this Trumpian logic is ensconced in policy and legislation.

Kellyanne Conway’s mental acrobatics to support Trump’s worldview is dangerous as it stokes the flames of an already activated, quasi-militant, and hateful faction of his supporters that any and all democratic means used to check Trump are examples of a rigged system.

Meanwhile, it ignores the obvious that Trump was the one who started the rigged election talk this cycle stating among other things that Hillary could only win Pennsylvania if she cheated. Now reports of irregularities arise and one candidate taking legal means to recount and verify the results is another example of crookedness and a broken system. Give me just a small break.

The working man’s champion who will protect the LGBTQ community, even though he can barely say it, has stocked his cabinet full of billionaire, homophobic deplorables. The joke is on the desperate blue-collar workers who voted for him, sadly. Meanwhile, he,  Conway, and his other human echo chambers will attempt to assuage the complacent by citing his imaginary mandate, and putting down any attempts to keep this nation’s democracy functional are whining.

While the recount is ongoing, Mr. President-elect and Mrs. Conway please control your spin and do what you can to not have hostilities in this country boil over should recounts prove the Trump team or someone acting on his behalf did rig things. That same goes for if the Electoral College decides to do its constitutionally proscribed job and save this nation from its own deluded bewilderment and finally dump Trump even if it means replacing him with another Republican, even Pence.

In the meantime some advice my liberal conservative friends, do not vilify Jill Stein or the recount process – there is enough trying to undermine the integrity of elections in this country without our side echoing Trump’s maniacal conspiracy theories that Stein has ulterior motives or Hillary is a whiner. She’s a fighter. She never quits, Trump said it himself, and this being a legal avenue that can be explored, it should and shall be. Let the process play out.