This is a recapitulation of a paper I did in college. This is part eight in the series to read other parts go here.

When discussing the 1980s no director stands out more prominently than does Steven Spielberg. Just looking at his repertoire of films from the decade and we can see his artistry was ever-expanding. He had blockbusters in the Indiana Jones trilogy and also with the incredibly sensitive and heart-felt E.T. He also started to venture into uncharted territory. I truly admire directors who are always looking to change to make a departure so to speak, and Spielberg was always willing to do that. Even while E.T. was a success he had Poltergeist in general release, which was a supernatural horror film. It was E.T. that did it for him. It was his biggest hit to date and it allowed him to create his own production company, Amblin Entertainment.

After his second Indy film he started work on his first drama and it’s one of his better efforts called The Color Purple. There was much critical uproar over Spielberg handling a story about African-Americans. Regardless of that it’s a great film that works beautifully and like most of his films has a triumphant theme. His next film was also a drama but here we saw World War II from a difficult angle. In Empire of the Sun Spielberg beautifully documents the travails of a lost British child. This is Spielberg’s first wartime opus and the war is less involved in the events of this film than in other films and it works fantastically. The film received much critical praise including in the international media, which called this his most European film. After the third and final Indy film, for the time being, he did a remake called Always. Spielberg would continue to change from film to film doing whatever he wanted. He then went on to the much maligned but absolutely magical Hook in ’91. Then came Jurassic Park, which was in all likelihood what helped him start up DreamWorks.

Steven Spielberg was the ideal director for the 1980s. Most of the films I’ve talked about were Amblin Productions. Spielberg was producer of Young Sherlock Holmes, The Money Pit, An American Tail, Harry and the Hendersons, Innerspace, *batteries not included and Back to the Future Part II amongst others. All of these films are adventurous, family-oriented and fantastical in some way or another. Steven Spielberg’s worked has only improved and multiplied in the 90s. He was also the standard setter in the 80s whereas everyone was trying to emulate his style but none really could. 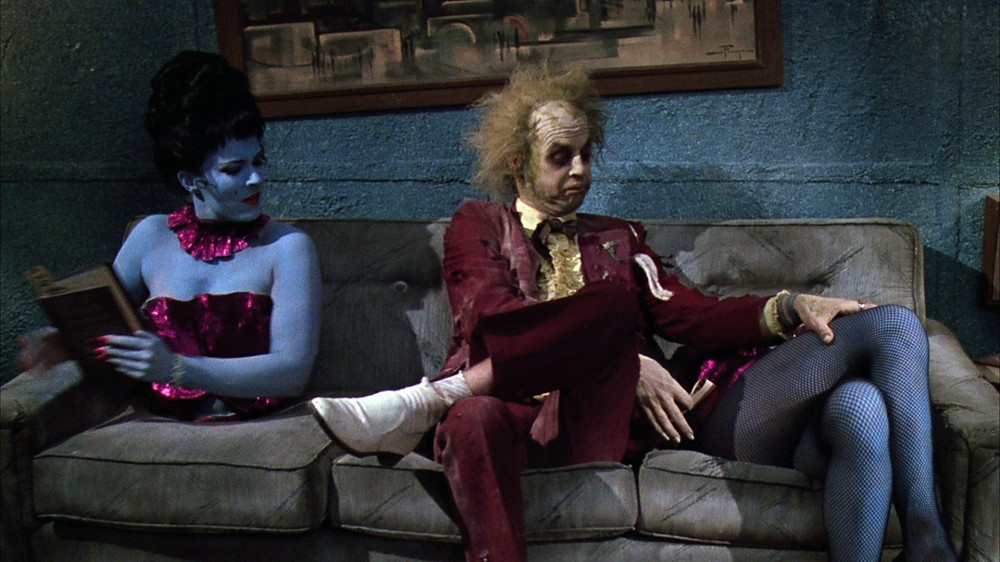 Lucas’ impact has already been noted with the Star Wars films and co-authoring the Indiana Jones series but stylistically few directors were more noticeable than Tim Burton. His first break into the big time was directing Pee-Wee’s Big Adventure, a quirky film about a child-like adult’s search for his lost bike. The film surprised everyone and spawned a Saturday morning program. Burton’s flair for the quirky and unusual and his visual sensitivity got even more free-range in his next project, Beetlejuice. Not only is this one of the most original films I’ve seen but the cinematography, particularly in the after-world sequences with the sandworms, is fantastic. In Beetlejuice we follow the tale of a couple that has recently died and they try to scare the new residents of their house out. Michael Keaton delivers one of his best performances as the gross and irreverent title character and this film too was spun-off into a cartoon.

Oliver Stone is one of the best directors out there right now [as of this writing]. He’s very different from most directors at any point in time because he’s more willing to be political than most American directors. The film that put him on the map was Salvador, which deals with Panama at a time when Reagan looked upon all of South and Central America as his toys. He then had his two anti-Vietnam films being Platoon and Born on the Fourth of July, which are powerful and stirring accounts. I do believe that every good director has a bit of good fortune in their timing every once in a while. Spielberg released Minority Report when privacy and surveillance are big issues, and Oliver Stone came out with Wall Street a year after Ivan Boesky and Dennis Levine plead guilty of insider trading and just a few months after the stock market crash of 1987. Daryl Hannah’s pathetic performance aside, this one of his best films and it’s the most emblematic of the 80s, in a negative Oliver Stone-like way. Money leads to these characters downfall and it practically tears a family apart. We get Michael Douglas playing one of his most memorable characters, Gordon Gekko, delivering that fabulous speech, which Stone seems to know how to write, starting off “Greed, for lack of a better word, is good.” Gordon Gekko is the 80s captain of industry. Combine him and Sigourney Weaver in Working Girl and you have the ultimate cold-hearted capitalist.

The 1980s was more a decade of individual films than of directors. There weren’t a bunch of auteurs walking around but there were plenty of movies coming from all over the place. There were but a handful of powerful filmmakers, these were the foremost.

-Despite the quality of the film, Beetlejuice, the cartoon series is one of the worst piece of junk I ever saw all the jokes were in pun form, who wrote that?