A film like The Summer House truly make one examine what the borderline of exploitation and art is. The selfish utilization to capitalize on vulgar tastes is the cornerstone of all forms of exploitative cinema. The mark of art and craftsmanship is if the work in question can take that story element which may be considered to be depraved or base and render out of it a narrative with a greater purpose, one that could underscore common themes or concerns and be about more than just the shocking aspect that will invariably garner the film attention.

Over the course of a summer the Larsen family: Markus (Sten Jacobs), Christine (Anna Altmann), and Elisabeth (Nina Spletstoßer) are rocked to their very foundation by the pains they the carry. Their internalized struggles only externalize themselves in a vacuum and their convergence is combustible. Markus, whose commonplace appears to be indulging his bisexual tendencies on side (even these are rendered to a chilling effect) sees himself reach new depths of decadence. Acting as a catalyst for this pending familial implosion is Markus’ fascination with a friend’s twelve-year-old son Johannes (Jaspar Fuld).

This is not unprecedented subject matter. Lolita and Death in Venice deal with these themes also – and this film does have a less myopic, more diverse vantage point than Michael does. The concern with plots like these is not even so much how tastefully the distasteful can be rendered but rather to what greater purpose does it serve. 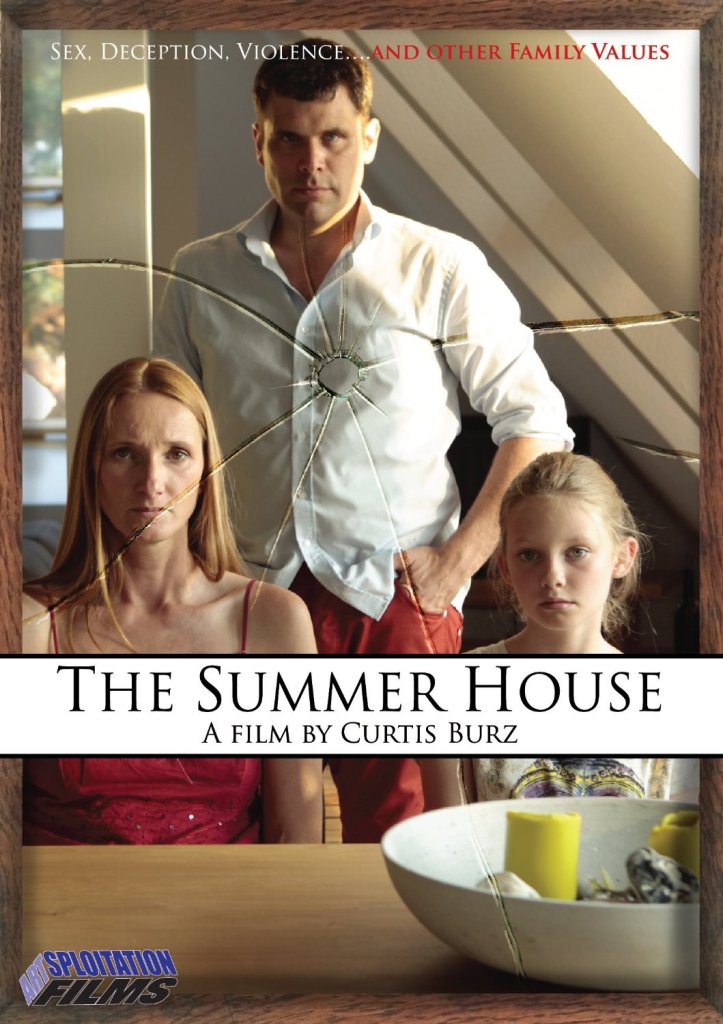 Here is a case where the distributor Artsploitation seems to have a rather keen eye. Before I saw Reckless I was fearful it’d be too much in the BTK school of things like Hostel with little other point than to make you squirm, but that was not the case there; and it certainly isn’t the case here.

Each character in this claustrophobic drama has their own distinct arc, and for family members there is scarcely overlap as for many reasons they scantly communicate. One of the bonus features discussed below is a rehearsal of a virtually dialogue-free dinner scene that is the epitome of the state of this family unit for a majority of the film. Each has their own aims and desires which can seemingly be achieved without the others standing in their way. Things of staggering significance are debated and decided upon without consultation, not to spoil it, but some of these are things most couples would discuss.

And for all the attention the sensational aspect of this film will get nearly equal, if not greater, screentime is given to Markus’ escapades with men. This film does a great deal with circumstance and it makes scenes that would otherwise be fairly innocuous chilling because of their set-up and with its more delicate situations it shows restraint and tact while still being disturbing and provocative.

One of the more impressive things about this film is the way it builds itself in a less traditionally formulaic fashion, typical of European cinema throughout, then, after certain revelations, plays perfectly into a classical suspense formula at the drop of a hat. Furthermore, this late in the game shift makes things that seemed a bit too overt before work in hindsight as now subtextual motivations in the cut, edit and performances are clear.

In terms of performance, Jacobs’ excessive openness in glances is partially absolved by late-in the-game revelations. His ability to be distant and stern with his family, chillingly charming and human with Johannes, and calculating with his friends is impressive. Altmann has perhaps the most unenviable arch as much of her unhappiness is unspoken and enigmatic and yet communicates perfectly in some rather difficult solo scenes. Spletstoßer and Fuld have very different characters to play and in each different tones. Spletstoßer often needs to be distant but observing, and Fuld plays more subtext than at times we realize. It’s a triumph for the cast overall, a testament to their trust in Burz and his process.

The Summer House is most definitely an uncomfortable viewing experience that is not for the ill-prepared or faint of heart, for reasons in addition to the aforementioned ones that will remain a surprise. What’s most impressive about the apparent genre-shift is that it then brings out the universal genre reactions inherent to thrillers and had me rooting and reacting audibly to the turns whereas a majority of the film was cerebral and wandering in the gray areas of drama, at best. That is quite a feat in and of itself. In the special features (you can see my commentary on them below) Burz discusses how this is a departure for him in terms of genre and it not being autobiographical. It certainly made me curious about his work as his results here with his troupe on treacherous ground is highly impressive.

As is the case with any home video release I review I like to take in all the features. Typically, just for ease, I view them in order. With this film it is actually the preferred method. As you scroll through the features one-by-one you get a more complete view of just how this film came into being conceived.

As is the ideal for this bonus content usually, in a way few releases do anymore, it’s giving you an inside and as complete a look as they can at the thought processes during the making-of and edit.

Having this be the first Burz film I’ve seen, and I believe the first one to come to the US, it was edifying to learn that he works in an improvisational fashion not different to Mike Leigh and others. It was also intriguing to learn how much of a skeleton crew they worked with and some of the restraints of the production making what was accomplished more impressive in a technical regard.

Here are the features specifically, which really make the disc a furthermore immersive experience.

Master shot of a nearly silent dinner scene where the family’s disconnect is intensely illustrated. 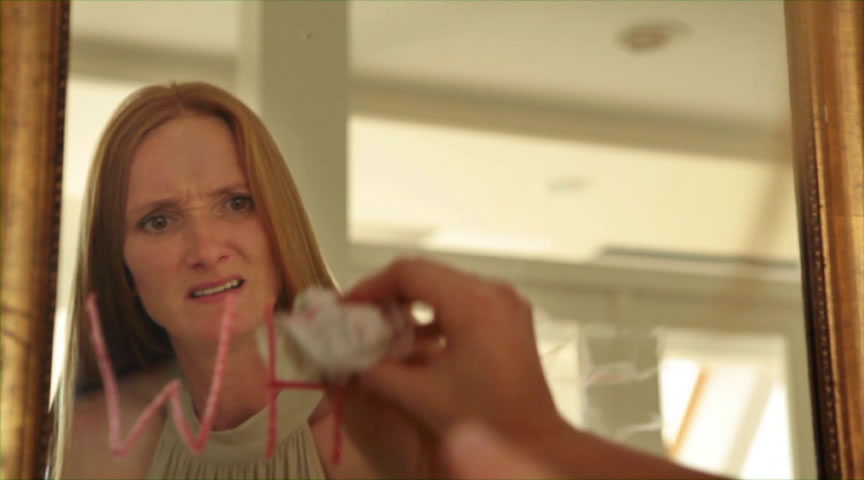 As tends to be the case, the scenes deleted from a film are better off having remained outside the cut. However, there is a curiosity sated here, and one can see how the pace of the film is aided in having excised them.

The extended scenes are a bit different and there is additional context added that otherwise is merely inferred rather than shown.

When completing the film one of things that will have you pondering it for some time is the ending. Seeing the alternate take will convince you that the way the film chose to go was indeed correct

Where this release starts to downright Criterion-like in the amount of additional content it includes is in the extensive interviews with cast and crew, which gives tremendous insight into the creative process, and each member’s views on the myriad themes running through the film.

Thoughtfully shares stories on the making of the film in thematic and practical senses, and working with his familiar players.

Discusses his musical philosophy in constructing the score, his joining the troupe and how he made Burz’ acquaintance.

In separate interviews Gockel and Sebera give technical insight on how the location, skeleton crew, and amount of equipment affected decisions. The insights on specs make some of the shots accomplished even more impressive.

Furthermore, it’s interesting to hear each speak separately about their working relationship in the unusual circumstance of co-DPs on a shoot, and their familiarity with one another making the hand-off from one to the other easier. 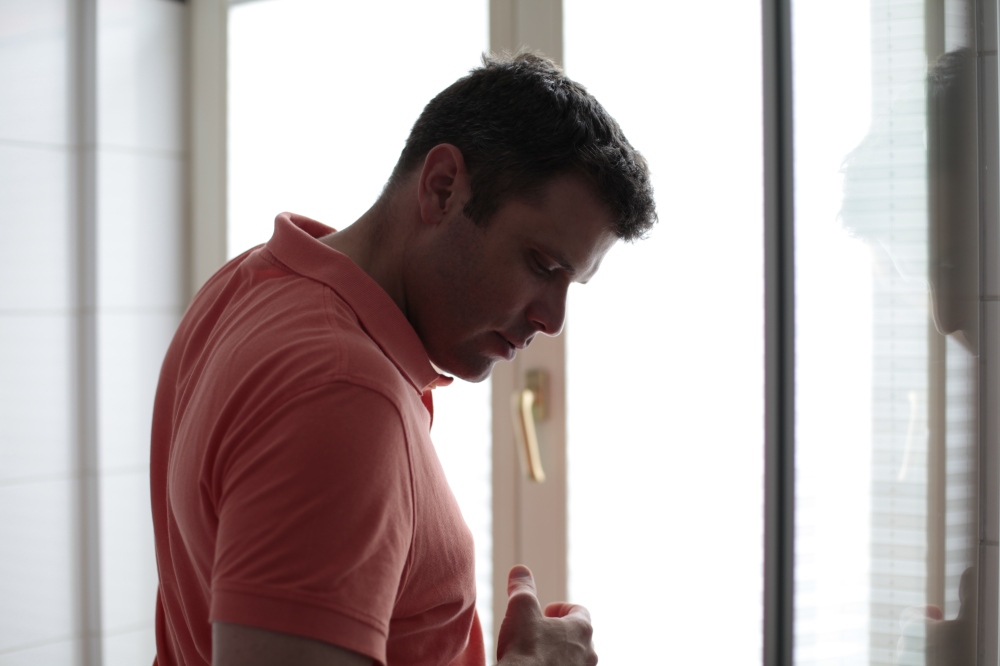 Both lead actors provide interesting insight on what it was like to work in an improvisational atmosphere, as well as one wherein the location made for an unusual production schedule.

What Altmann adds that Jacob didn’t is insight on a far more enigmatic character. Furthermore, the unique insight of having her real-life daughter playing her daughter on the film and how she was very pleased with the results as mother and actress in allowing her the freedom to the work independently with minimal stage-parent style interference.

After having seen all the other material it really is refreshing to finally see the trailer. Knowing the story and events therein one can see how much is concealed in the cut while still making it pique a potential audience member’s curiosity.

The Summer House is now available on DVD and digital video outlets.