To say simply that DC/WB can take to watching this Danish mini-franchise to learn a thing or two, and leaving it at that, would make it a backhanded compliment to a film deserving of plaudits on its own merits and not just those at the expense of a financial and marketing juggernaut that should know and do better.

The successive build in the Antboy series has been absolutely outstanding. Not only have themes, reversals, and evolution of characters springboarded off the prior installment; but the coalescence of the trilogy here results in a film of breeze-like efficiency of pace, seamless incorporation of themes, and true emotional resonance that can be enjoyed by audiences of any age. By taking two cinematic tropes, kids and superheroes, that are quite often fodder for building characters that are thinly developed and under-served, these films have faced uphill battles but each time taking the climb haves succeeded more resoundingly each time out.

Rather than over-crowding the film with new-to-the-series characters it instead focuses on the change of circumstances and heart of personae who are already well known to the audience, or so we think. Moreover, similar to other “Watching These Kids Grow” series that have become more commonplace in the 21st Century, the growth as performers by Oscar Dietz, Samuel Ting Graf and Amalie Kruse Jensen has been spectacular over the course of these films. 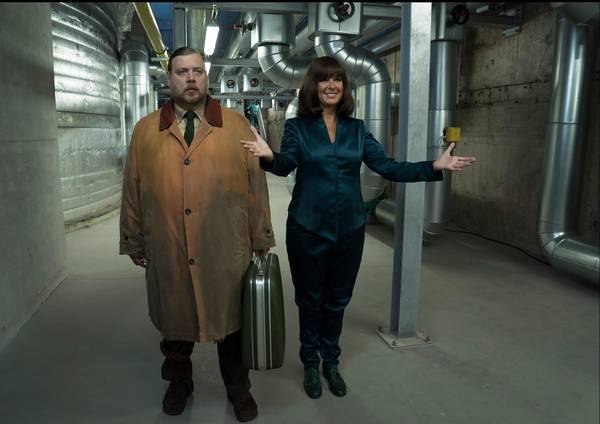 The ensemble is bolstered by the returning Astrid Juncher-Benzon and among the older set Nicholas Bro and joining for this film Paprika Steen (2008 BAM Award Nominee – Best Ensemble The Substitute).

If you’re jumping in at this point, some impact will be lost of joining the series here, but it’s still enjoyable and communicates well as a standalone. It is also a film that succeeds in large part because its focus is narrow (these heroes are concerned with their hometown only not the entire world), and then it narrows it further focusing on these characters struggles both within their alter ego and without. It’s a tremendously refreshing breath of fresh air.

While the Antboy series of books total six numbered editions and a follow-up, similar to the Diary of a Wimpy Kid, three seems to be the logical end for this series in narrative terms and in logistical ones. Where as this series has wiggle room as a new phase of life is embarked upon, if that should not happen a chapter has closed and the films have been a rousing triumph.