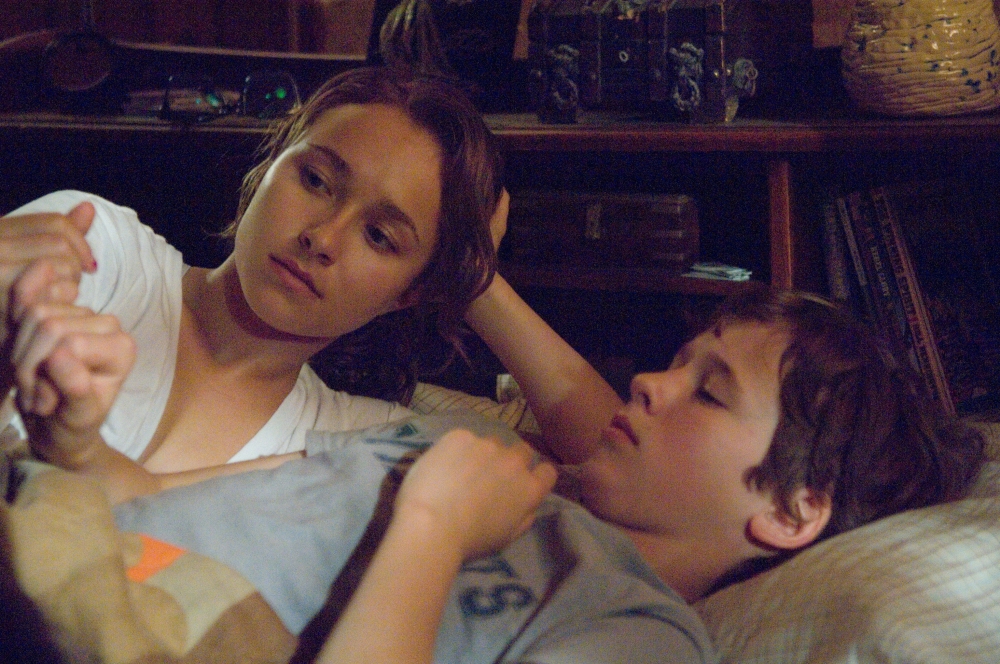 Hayden Panettiere and Cayden Boyd in Fireflies in the Garden (Senator Entertainment Co.)

It happens far too often that I leave a movie theatre and am left shaking my head not at the film I just saw but rather at the chatter that I can overhear walking out of the auditorium. All too often I hear confusion at a rather simple film or mental constipation due to the fact that the film as somewhat more artistically rendered and opaque than the run-of-the-mill fare which makes up the bulk of our cinematic diet.

The example I’m about to cite is not meant to smack of regional elitism but rather to illustrate that all too often now little of what once drew us out to the movies is still what appeals to us about it. It seems to be more out of habit than for the aesthetic pleasure and a communal activity.

The tale is relatively simple: I was visiting an old friend in New York and amongst the activities we decided to engage in was to go to one Manhattan’s many theatres and see something we couldn’t find anywhere else.

The film in question was, the critically dismissed yet left me rather moved and affected on a few occasions, Fireflies in the Garden. As soon as the film was over someone came up to me and asked “Excuse me, did you like that movie?”

We exchanged a brief and cordial discourse about it. The gentleman asking and his screening partner differed in opinion. I allowed that I could see that specifically due to one of the casting decisions of a younger version of a character (what I didn’t mention was an unusual family structure within the narrative) but I told him I did like it.

That was all that was said. It was short and not too detailed but it’s an all too rare occurrence. This part of the communal aspect of moviegoing is virtually extinct it seems. Many will lament how etiquette, whether it be talking or being distracted by mobile devices and other faux pas are bigger problems but this is a side effect of the mentality that seems to be “This is just something to do” or put differently “I’m not here just to watch this film.”

I’m not saying that every screening should be like a post-screening bull session in film school or that all layouts be art house in nature with a cafe where you can sit down and debate the finer points of the narrative, however, a quick exchange wherein you say “Yeah, I did like it. I can see where you might have issues…” should not be so much of a shock.

I recently stated that that’s what I like about Twitter, you can go there and have a group of followers who have have seen that film and have their own insights into it. It’s a minor but not insignificant part of the moviegoing culture that ought not be ignored: there should be more stimulating conversation on the way out of an auditorium rather than inadvertent eavesdropping and muffled sighs.

I am all for taking the time to absorb a film, any film at all, however, some of them present questions and quandaries that should be discussed in a more open way and post-screening discourse should not be so endangered.