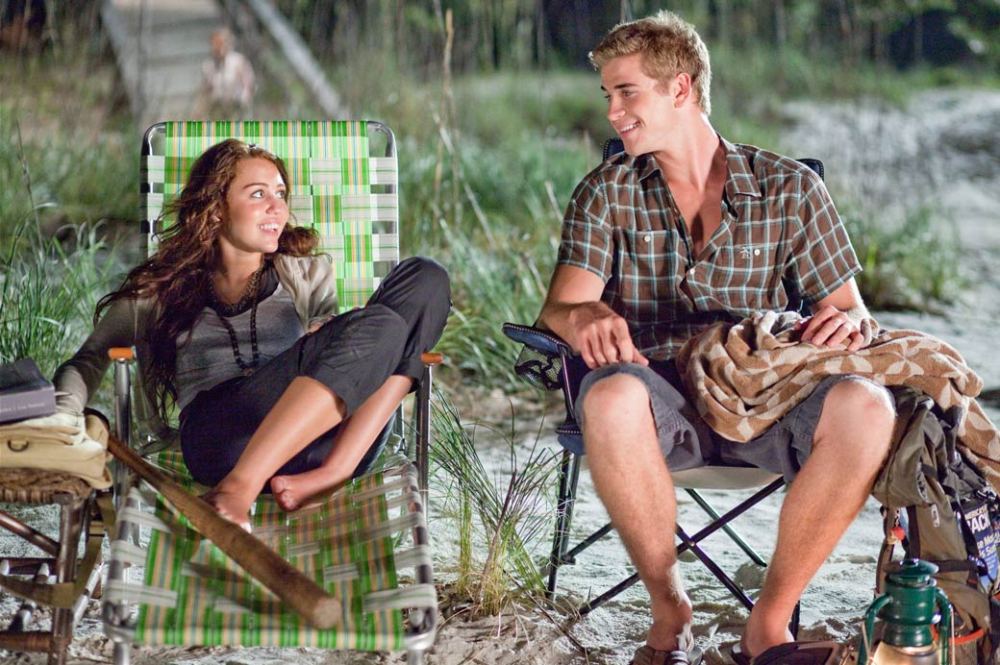 A film like The Last Song is one that seems innocuous enough, as the Brazilian phrase goes “sugar-water,” such that you think “What’s the harm?” You may think that’s true enough but the problem is that this film falls into plenty of common traps and makes next to no attempts at an uncommon escape.

One of the larger issues facing this film is the overly-convenient inter-connection that exists among the characters in this small coastal town. There is a screenwriting axiom which states that there will be the occasional character that insists on his or her presence within a given story, however, in this film there are characters like Blaze and Marcus who are insisted upon and don’t always fit logically or narratively in the situations into which they are thrust.

Therefore it should come as no surprise that the only relationship the film really consistently works to build is that between Will (Liam Hemsworth) and Ronnie (Miley Cyrus). It is the only one that builds realistically. For example, Ronnie and Blaze become very fast friends, too fast in fact and in seemingly one of the only things in this film done visually.

Yet even this relationship has its struggles in making itself be narratively relative and intriguing. For example, first Ronnie is very slow to let her guard down with Will. Which if she was always anti-social would make perfect sense, but then we just discussed the quick and quickly regrettable union with Blaze. Then there is also the fact that she not only takes the first opportunity to distance herself from Will but also after the relationship has gone further and deeper gives him no chance to explain himself and throws it all out the window. Granted it’s the kind of separation needed in such a tale, it’s just too sudden and this is an incident where you can and should stretch it out.

The film gets off to a slow start due to the fact the characters that are very broadly drawn and in vague situations made vaguer by the situation they are in. At the beginning everyone has baggage but no one opens it for far too long, if you’ll forgive the metaphor. Instead you get a teenage girl who is just angsty and a divorced dad who is merely aloof and out of touch with no other background information for far too long.

Thus, the flatness of the story in many ways does not help some of the performers at all, particularly Miley Cyrus. Especially considering that The Last Song, which the film talks of is not one she sings and this just a marketing ploy basically. Her performance is not awful but is nothing memorable or to write home about and could’ve just as easily been anyone.

The rest of the cast manages. Liam Hemsworth is easily leading man material and could do more with better material with which to work, having said that he does help to lend some urgency to this trite relationship. Greg Kinnear does well with this part and it’s a reminder of what this former Talk Soup host can do and perhaps that he should not just be known as the “Grape-smuggling” coach in The Bad News Bears. Most impressive in the film is Bobby Coleman, best known to some as the title character in The Martian Child, who plays the younger brother in this film and delivers a very compelling performance. Towards the end he does quite a bit of crying and considering this is his second tear-jerker style movie it can now be said with no exaggeration that his abilities as a crier now rank amongst the all-time greats, rivaling even Bobs Watson.

The film can’t make it through a seemingly simple denouement without tripping up either. Without spoiling, you have dialogue where the visual suffices and the change in previously established characters acting as a catharsis. Even with a relatively simple end this film doesn’t know how to play it.

There is nothing different and unique here and certainly not the best the genre has to offer. 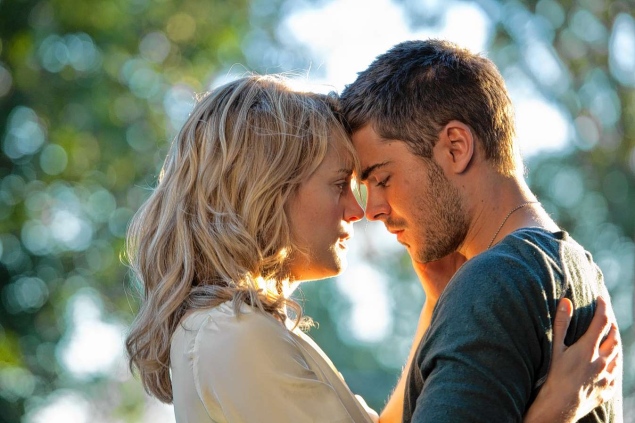 Taylor Schilling and Zac Efron in The Lucky One (Warner Bros.)

When you have either a romantic comedy or even just a flat-out romance there will be several things you expect and very little that will surprise you. There’s not anything wrong with that, as with almost any film it’s not about the final destination but rather the journey there. Sadly, there are some issues that mar the journey in this film, which is otherwise enjoyable with likable characters for the most part.

I don’t have a great deal of experience watching Nicholas Sparks adaptations, I have only previously seen The Last Song, however, it doesn’t take long to see what one’s formula is. An any writer regardless of what your tastes are have their preferred genres and themes and certain similarities in their voice and narratives. So I was expecting certain things but I also am not yet fatigued by these adaptations, as I’ve not had to see all of them.

Now the first concern is one I can forgive, but again it’s about execution. The film tells the tale of a Marine (Zac Efron) who by chance finds a photo while in combat, his being distracted by it saves his life and it ends up being a good luck charm. Upon his return he is determined to find the girl in the photo, after failing to find out who it belonged to, and thank her. Now, we all know he won’t be able to say anything right away, that’s not usually how these stories work (it’d be a tremendously interesting experiment though) but it’s how he’s not allowed to say anything that’s really bothersome. And that’s on the heels of a pretty good and fluid sequence that illustrates some of his battlefield experiences, his search for the photo’s owner and his struggle to re-adjust to a life at home.

So after a surprisingly good and cinematic start the bungles come into play. However, as I said there are certain expectations and the cat having his tongue was one of them, at that point it’s just a minor irritant. The biggest overriding issue of the film is the ex-husband (Jay R. Ferguson) both his character and his interpretation thereof. Not only is it comedically broad to start but then it gets more real and natural as the drama of the tale intensifies, so not only does it start cartoonish but it doesn’t stay here, so it’s also inconsistent. Not to mention the fact that a psycho ex, who is not only an intimidator but a cop is so old and expected. There’s enough conflict inherent in the situation that this externalization is an exaggeration. There can be an ex, he can be jealous but it really is going above and beyond such that it detracts from the end product greatly. Most of the worst scenes in terms of writing and flow are the ones he’s in, the movie picks up steam again and then right on schedule he arrives and then it’s sigh, eye roll and sit through it.

His precipitously asinine behavior extends the climax of the film unnecessarily, not that the resolution of the film is perfect. There’s a slight monkey-wrench thrown in granted but the estrangement prior to the happy ending is really annoying in how it unfolds and also prolongs matters. Suffice it to say the amount of explication that Logan (Efron) is allowed shouldn’t really have occurred if we’re to have the standard “I’m so mad at you scene.”

Now every time I started one of these paragraphs I was intimating that “It’s not all that bad” but not really discussing that. And it’s not all that bad, really. It gets pretty good sometimes and then something comes along and messes it up. Most of what makes it good, when it is, are the actors. In many cases they likely breathe more life into fairly standard characters than they should have a right to so they ought to be applauded for that. Zac Efron is a very good romantic lead, he does play a soldier at all times but slowly but surely, with a bit of subtlety reveals character and emotion; Taylor Schilling certainly gives it her all and is always real; Blythe Danner adds necessary charm and sass to the film and great deal of comedy and Riley Thomas Stewart, as Beth’s (Taylor Schilling) son Ben, is a naturally gifted young actor who plays a rather multi-faceted, normal yet misunderstood by his peers kid.

Ultimately, I liked the characters and the actors enough that, yes I did invest in what became of them, even though it was a seemingly foregone conclusion, however, with so few events that had a lot of weight in terms of whether the film sink or swam I just couldn’t get over the couple of glaring issues it did have.