This is yet another post that has been inspired by Bob Freelander and his wonderful blog Rupert Pupkin Speaks. Check it out, if you haven’t already.

I’ve ruminated on this list long enough I believe. In the spirit of my recent post about lists not really being finished, I’ll just go with what I have at my disposal currently and spitball it. For the mutual convenience of myself and whomever may read this, I will split the list into four posts.

Now, I did, as most who have compiled this list recently, have to examine what makes a movie both bad and one I can enjoy because of that. There were a few different directions I could’ve gone with this list. I could’ve picked some films universally considered to be bad that I like and I don’t care who knows it (Many of those can be found here). I could’ve picked the rare film that’s so bad that it’s good, which in my mind are few and far between, but I do have a few that come to mind, and I also won’t argue if you believe there’s no such thing.

What I decided to do instead was to pick movies that I find to be bad, however, that I still enjoy certain things about them (badness included), and in many cases I have given them more than one viewing due to their uniquely awesome badness.

Now, without much further ado, my continued elections: 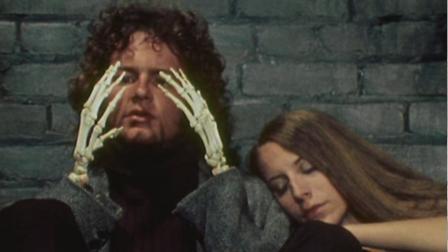 For almost any of these selections, as for the most part it was just racking my brain seeking ideas, the story of how I saw it plays role. This was actually a film I only found out about recently, then as I learned things about it; such as the fact that Patton Oswalt included it in comedy bit of his and encouraged audience members to look it up to prove that it exists, I knew I had to see it.

I wanted to know as little as possible going in, aside from what the very blatant title already gave away. In my mind the killings this bed would make was something akin to a mechanized hospital bed gone amuck. Oh, how hysterically wrong I was. How you come up with the idea to imagine the gastrointestinal workings of a mattress I’ll never know.

Also, while the film is very low-rent using such techniques as jump cuts to indicate things “moving” on their own or positioning the camera low and using the bedding as an obstruction, it has a lot of story too it. Too much, and most of it conveyed by voice over. Also, while some scenes have trouble being lit, in others the camera swoops about like a half-drunken attempt to emulate Last Year at Marienbad.

However, it’s really the ancillary gaffes that make that affectation bothersome. The subject matter is treated seriously enough, but certain basics are just so lacking you either have to laugh at it or risk madness. Had the chronology been different, the tale been made more visual, and the idea put into the hands of another director; would it have been better? I can’t say for sure, but I can say that people would likely laugh with it more frequently than at it.

I recently made the observation that the saga of my friend attempting to find The Garbage Pail Kids Movie, a film he dearly loved, was likely part of what sparked my loathing for the fact that things can and do go out of print.

I don’t like the film on his level, but after having seen it a few times and acquiring it myself, it’s the kind of film I’m a little surprised gets mentioned at times amongst the worst films ever made. Firstly, one should clearly never see this film accidentally. The Garbage Pail Kids are gross. Anyone who has seen the trading cards will know that and so to translate those drawings to the big screen in a live action film, you’re going to have to make a gross movie. The reason it ends up here as opposed to a list of films I really do like is its half-bakedness mostly.

Yes, on the surface basing an entire movie on a comedy skit, a board game, trading cards or any other silly product is ludicrous, but all it really is, is a call to action. In many of those cases, you have to do a bit more to flesh out those vague concepts, grasp the essence of what said thing is and dramatize it. An example, would be either Battleship, wherein the cinematic emulation of the game was the best part, or better yet, the forthcoming Candyland. Candyland, could and should be, a visually striking and compelling, dark film aimed at kids. The kind of stuff that used to fall into your lap as a kid in the ’80s. Instead, it’s being developed as an Adam Sandler project. With Garbage Pail Kids, there’s also a sort of misfire I feel, which is why I can’t genuinely like it. 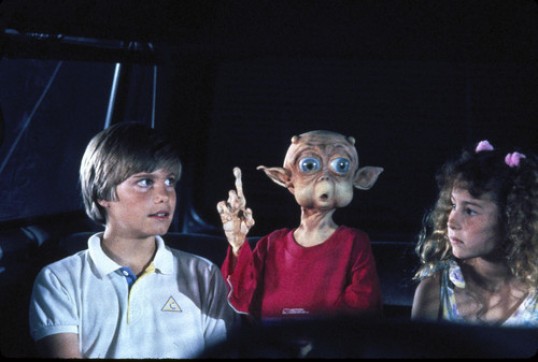 As much as I tried to avoid films I’d seen on lists multiple times, by the time I decided my list would be 20 films long, I knew there’d be some films where I’d need to give my own take on. I would also be hard-pressed to make a Bad Movies I Love list that didn’t feature one movie that borrowed liberally from a film I genuinely do love, E.T. Aside from the similarity in plot, there’s also the fact that MAC is an acronym, which quite a few other ’80s films/shows employed (like D.A.R.Y.L. and ALF to name two). The puppetry in Mac and Me is not good. The acting isn’t helped out in the direction, editing or production value. As many have noted, the product placement is rampant (I’m fine with products appearing, but when it starts emulating that Wayne’s World gag it starts to become an issue). However, the movie is odd, hard to predict and does feature a protagonist whose a bit more of an underdog and outcast than the better film similar to it does. 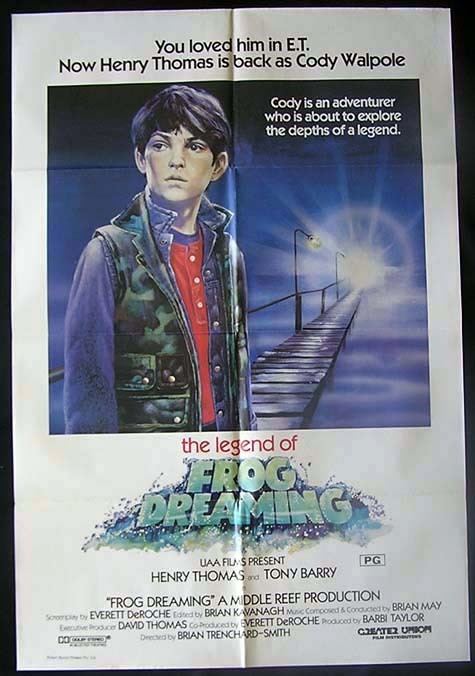 While we’re on the subject of E.T. that brings me to my next choice The Quest, which is a film that starred Henry Thomas a few years after that role, such that the film is even cited on the poster. It has a good set-up, which is a boy loses his parents and his guardians live in Australia. So most of the audience can identify with feeling like an outsider in a new place. He then observes some unusual happenings at Devil’s Knob National Park, which have something to do with the aboriginal myth of Frog Dreamings (which is part of the Australian title).

It’s the mechanics of the film that let it down: the pacing, editing, some casting and writing decisions. The idea is interesting, the aboriginal angle has me and I’ve used the term Frog Dreamings on occasion, and it does get pretty odd (it was the ’80s it had to, didn’t it?). 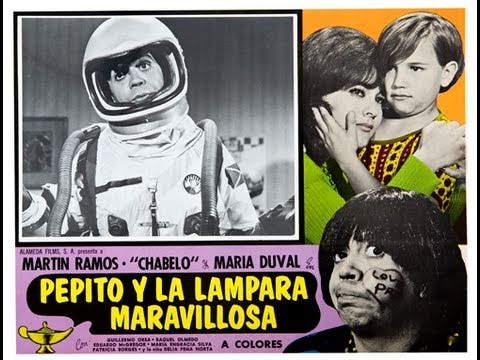 Here’s one I caught at first on TV while in Mexico, both through the visuals and my limited understanding of Spanish I was able to follow along, and what I found I was watching was so weird it refused to be ignored. The more I learned about this unlikely comedic duo the more intriguing it became. The adult in the picture is Chabelo, while seemingly always employing the same comedic facade (as this is part of a series of at least three films) in this film he is a genie. In some ways, this reminded me a bit of the comedic troop Os Trapalhões from Brazil whose style is broad and geared towards youth but there is a certain oddity to this one, not that dissimilar from what the Bee Guy on The Simpsons lampoons, that makes it uniquely Mexican. The tandem being an adult and a youth performer also makes it unique, and there’s plenty of weirdness abound in the plot, even more so in another film from the series called Pepito y Chabelo Detectives, where Chabelo plays a kid and they uncover a very strange plot.

I’ll spoil no surprises, but will say that this film indicates another criteria was that after finding this film on DVD I have told some friends about this movie and how off-the-wall it is.