The Social Network. I’ll put it this way: I think it was probably the best possible execution of a concept doomed to fail. The overwhelming question that kept occurring to me as I was watching it was “Why?” Why is this a movie and why am I watching it? My time may have been better spent playing Farmville, something I rarely if ever do.” I exaggerate only to highlight the doldrums this film dwells in for far too long to call it anything but a bad film. The film’s first scene is a fascinating interplay between Mark Zuckerberg (Jesse Eisenberg) and Erica Albright (Rooney Mara). This is the apex of the film sadly it comes very early in the proceedings. You get a perfect illustration as to who Mark is but he doesn’t really change.

The film will toy with time going from one deposition in either of the two lawsuits and back in time to illustrate points and there are several cuts that will remind you of Citizen Kane aside from the fact that, you know, Citizen Kane was about something and larger than life and not about a new hybrid between jerk and nerd- a nerd-jerk. Zuckerberg has no “Rosebud” at the end he just realizes maybe I was a jerk and tries to add the girl he offended on Facebook and obsessively hits refresh waiting for her to accept. He hasn’t changed. Thanks.

It’s a film that after a certain point lacks a necessary ebb-and-flow. The question is how the accusations that he stole Facebook come about, once that comes out the question that remains is “if.” In my estimation it’s very clear that he did which is why much of the rest of the film is very academic and uninteresting, just details. It didn’t really hold any surprises.

The performances help elevate the film to a level which makes at least tolerable. Andrew Garfield is fantastic as Eduardo Saverin and what’s most impressive is his mastery of a Brazilian accent which is not one that registers in the realm of stereotype so he did some serious research it would seem. Justin Timberlake is surprisingly very good in the role of Sean Taylor. It is also worth noting that thanks to some movie magic and really good acting Armie Hammer plays the role of both Winklevoss twins tremendously.  As for Eisenberg what can be said? He plays the character very well it’s just the character that’s a turn-off but judging by the body of work he has you can see he does have the range to play both very likable and unlikable characters.

The film is at times stimulating intellectually and others emotionally but never both at the same time. All too frequently it is neither.

While I didn’t care for it and was on more than one occasion bored I won’t actively lobby against people watching. It’s definitely the kind of movie you shouldn’t take someone else’s word on, but I was resoundly unimpressed and can only accurately convey my opinion. At times I can try and surmise what an audience might feel but I won’t here. 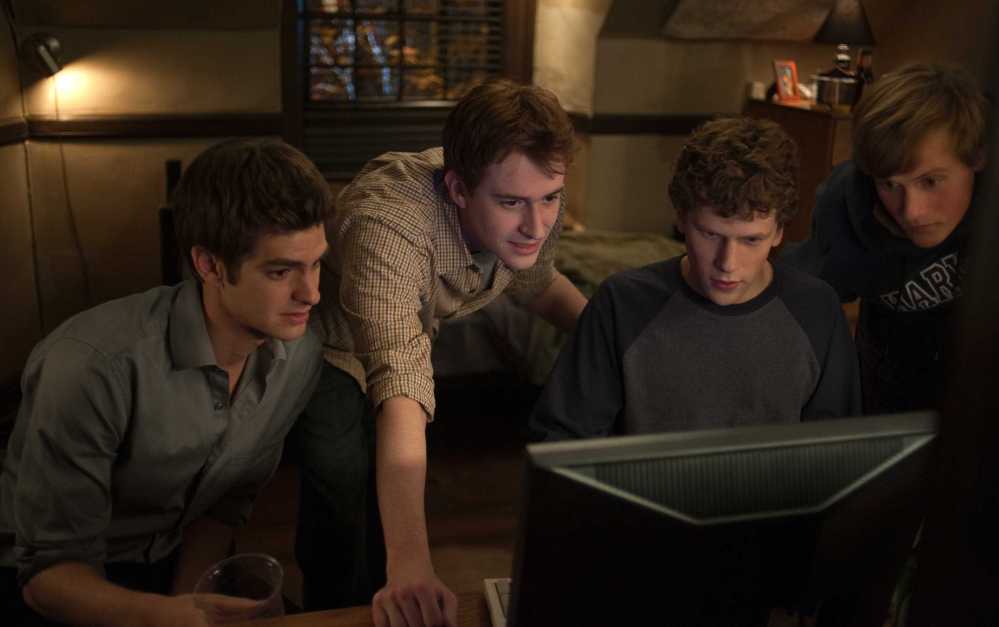 It seems all the defining of generation talk and the importance of the film is being discussed by those who are older than the characters in the film but furthermore the social import of this film is being inferred by Facebook and its impact, whatever you think it may be, and not by the film itself. The film is nothing more than a glorified docudrama full of sound and fury which signifies nothing and not a good nothing like Seinfeld but just nothing. It’s a wasteland, the epitome of cinematic existentialism: why is this here and why am I watching it?

As I stated at the beginning as much as the experience was displeasing just based on the inherent flawed mechanics of the narrative I can only down-grade it so much. Make no mistake about it this film, much like the real Facebook, has no dislike button, but if it did I’d click it.