Night at the Museum: Battle of the Smithsonian (2009)

Ben Stiller’s rendition of an infomercial pitchman was rather humorous. What I feared going in was that there would be too many characters in this one and that fear didn’t really come to fruition. A lot of the supporting cast with smaller parts were really good and did a lot with them. It’s truly a case of the actors outperforming the script. Many of them put a lot more into their part than any reasonable person could ever expect to get. Amy Adams especially was breathtaking and took simple dialogue and made it profound and took things that could’ve been cheesy and made them poignant.

Having said all that, the film really does start to drag in the latter half of act two. Alan Silvetsri’s score at many times seems discordant to the action especially the seemingly “Tubular Bells” inspired piece when Ben Stiller is first breaking into the Smithsonian and skulking around. 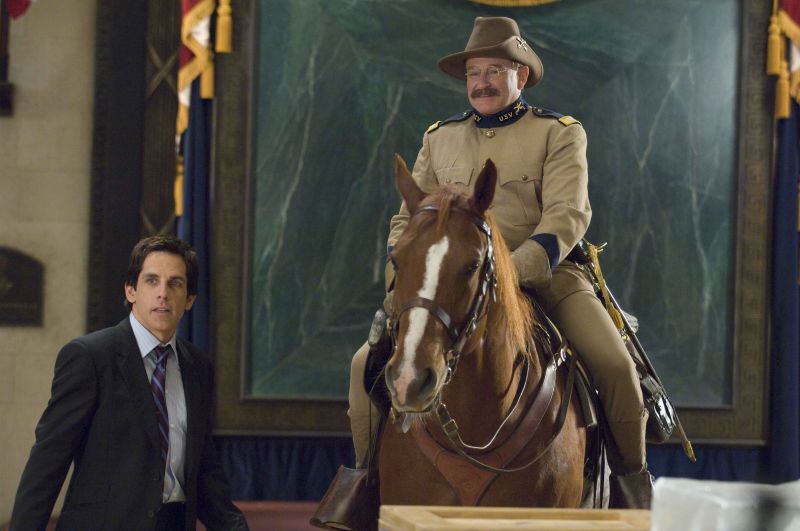 What does make up for that is that the dialogue remains pretty sharp throughout and despite pacing issues it does stay funny. The device of walking into picture frames, especially having some scenes and even a character or two in black and white, helped keep the film fresh.

Ultimately, it was a sequel that, again, wasn’t altogether necessary but conversely not a complete waste or disappointment.