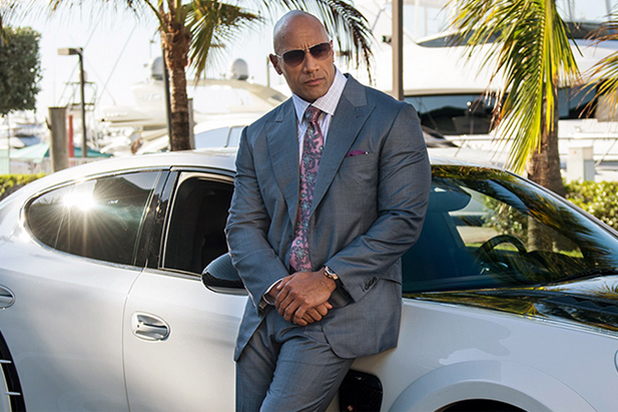 To say that I never expected when he was making a name for himself in the WWE that I’d one day award Dwayne Johnson anything would be an understatement.

However, with the second season of the HBO show Ballers, Central Intelligence, and one of the bigger Gray Area films of the year, Moana.

Johnson has come a long way, but has always seemed a parallel on a higher plain than another honoree on this page.

It was a great year for him, he has three big 2017 films and has become one of the more enjoyable personalities onscreen and one of the few movie stars. 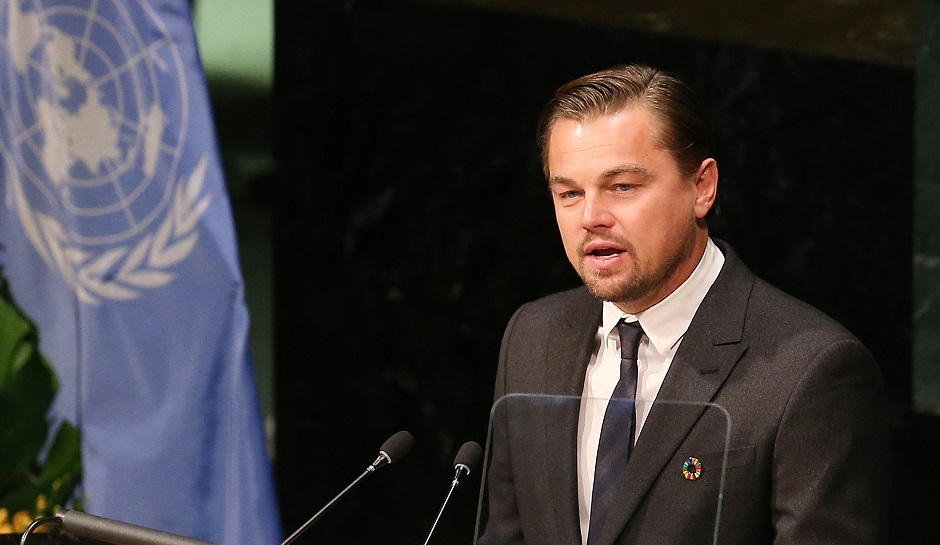 In an indicator of my 2016, both the men I chose as entertainers of the year, have additions to the Gray Area. With DiCaprio it is The Ivory Game that is in that category. His award is more a behind the scenes one, specifically in the link between The Revenant and Before the Flood which created a personal narrative in a macrocosmic view that enlightened and enlivened both.

DiCaprio is also one of a notable few (recently Emma Watson also has) speakers at the UN who are using their celebrity for some good.

If there was one thing that 2016 showed the world, it’s that there should not be a limitation on appreciation. While my lifetime awards want to try to award those “not on their deathbed” it’s become even clearer to all that there are not guarantees and being too premature awarding in a category like this is not the end of the world.

In that spirit I picked two this year, and may find a way to squeeze in three for 2017. Here they are:

Nearly all of Spielberg’s credits.

The basis upon which the scoring of Star Wars and Harry Potter scores are built by others.

Movie stardom is a rare commodity now it seems, and Schwarzenegger definitely has always had that kind of magnetism.

However, after serving two terms as the governor of California, in 2011, as Arnold Schwarzenegger started to appear on the big screen again, I realized something: I’d missed him on-screen. 2016 was an off-year in as much as most of what he’s worked on lately will be out in 2017 and beyond, which is part of the tradition I like to follow (to have things forthcoming of note like (Triplets, The Legend of Conan, Journey to China: Mystery of the Iron Mask, Aftermath, Why We’re Killing Gunther and more) but he still managed to make people take notice:

But while that brought entertainment value to his now-too-rare, sane conservatism this is not a political trophy. Since 2011 he has returned to the Terminator franchise (in which he was far superior to the narrative of the most recent film), delivered perhaps his best performance in Maggie, not only cemented his action legacy but muscled his way into Liam Neeson’s action niche, and, of course, we all know what he was to action in the ’80s.

One series of viewings I was able to achieve was to watch my Woody Woodpecker box set this year. I always was a fan of that cast of characters, from my childhood, but I had gotten to such a removed perspective from having seen them that I thought it might’ve been mythologized nostalgia.

In finding things about Lantz, those characters (especially the secondary ones), I see that was not the case. There are more out there to find, they should not be overlooked, and I’ll be glad to see them. This man on a smaller scale made a world of characters to take note of. Not just Woody but Andy Panda, Chilly Willy, Wally Walrus, Buzz Buzzard, and others.

In a better world I never would’ve learned who Qusai Abtini was, in a better world the show he was one wouldn’t have needed to exist. However, it also shows the power of the arts as escapism, even when the comedy is very close-to-home.

Abtini starred in Um Abdou Aleppan, a sitcom started in 2014 in Aleppo’s rebel section, the first production to start as so:

A Syrian sitcom which takes place in one of the historic stone houses in the old city of Aleppo and in which all the roles are played by children has lost one of its stars this month: a tragic reality that has intruded on the innocence of the show. A 14-year-old boy Qusai Abtini, was killed when a missile struck the car he was in as he tried to escape Aleppo. Fresh-faced with a toothy grin and thick black hair, Abtini had become a local celebrity. His life and death underscored the suffering of Aleppans. Their city was once the commercial center of Syria with a thriving, unique culture. It has now been torn to pieces by fighting, with whole neighborhoods left in ruin. since the summer of 2012, when Aleppo split into rebel- and government-held districts and the two sides turned on each other, tens of thousands in the city have been killed. 14 year-old Qusai Abtini is now one of the killed.

Rogue One: A Star Wars Story

When I was young, in my teens most likely (based on how it looked in my mind) I daydreamed about death being no obstacle to a casting decision. Is a Ghost-Peter Cushing ready to headline a film? No, but knowing it would be there, it still had me in the first scene and I was surprised that they went there so much. It is marvelous.

wins this award for exemplary for artistry of the video essay, and the best short of 2016. It was previously reviewed here.

This film is available to view on Fandor.