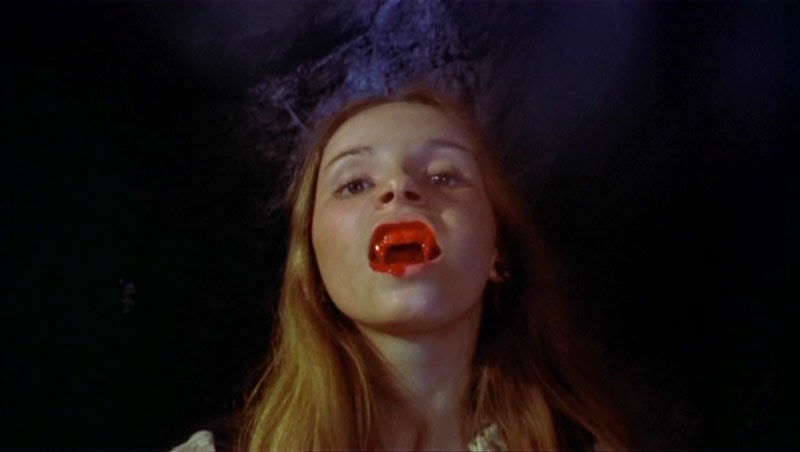 It is so great that Hammer Films is back in business and seeing something of theirs was bound to occur before October the 31st rolled around. What is so great about Vampire Circus is that there is no concept of safety. Many of those who are familiar with the genre will know what I mean.

There are likely many horror films you’ve seen where you’ve sat there and predicted in your head the characters’ odds of survival, something that Feast used to cheat our expectations. More often than not you’re right and some characters are safe. Well, in this film the outcome isn’t impossible to predict but getting there is made difficult by the fact that very few people are safe from the vampires, which makes for some very pleasant surprises.

The prelude to one of the kills is downright magical in conception and execution and it’s things like that which will make you forgive inconsistency in the practical effects work.

Aside from the fact that you just can’t not like a film that tells you exactly what you’re getting- yes, there is literally a vampire circus. Make it through the prologue which is quite an interesting sequence in and of itself and the artfully done time passage through the opening credits and you will see the circus.

It’s a fun little film which is the rare home viewing experience that required no break in watching it at all. Very much worth looking for.