In recent years there have been nationwide screenings of the Oscar-nominated short films, which is a great thing for many reasons: clearly it promotes the filmmakers but also as a filmmaker and Oscar spectator you’d like to have an informed opinion based on more than just the title and/or the snippet shown, which I have operated under many times.

Sunday (Dimanche) (The National Film Board of Canada)

A really charming and imaginative piece that sees the world accurately through a child’s eyes and more importantly through his imagination.

I will start out by saying I do love the concept of this short. There are some funny, insightful and charming moments, however, this short also bothered me on more than one occasion. It’s the most original idea but yet feels the need on several occasions to incorporate tropes that make it more mundane, more ordinary and less intriguing. One of the tropes is absolutely unnecessary spoon-feeding that puts a damper on the ending. The concept the film has gives it an edge I just feel some of the choices it makes means it doesn’t live up to its fullest potential. All that said I fully anticipate this film will win even though there are several worthy shorts.

Wild Life (The National Film Board of Canada)

If my gut about Oscar voters is right this is a long shot but by no means should it be. The animation in this film is beautiful in a painterly style and the story has comedic and dramatic impact. It also features some frames, a title-card driven subplot and documentary style confessionals. For a short it’s got so much going on, great stuff.

An absolutely wonderful and whimsical tale that is pure magic. The short features no actual dialogue but says so much. It boasts a beautiful score by Michael Giacchino and great 3D animation. My favorite by far. 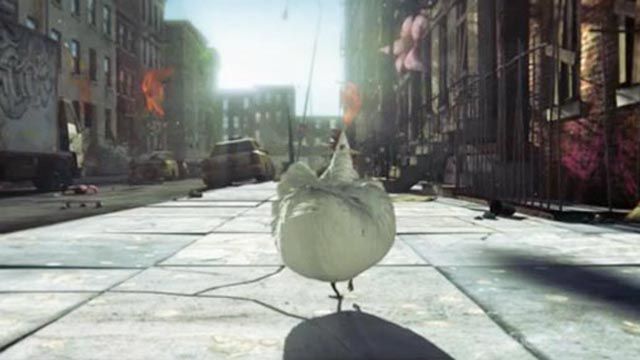 This year’s highly commended selections are: Skylight, Nullarbor, Amazonia and The Hybrid Union. All are very good and consistent across the board. In fact, some of the biggest reactions at my rather full screening was during this portion and I’d venture to say Skylight was the funniest one by far.

This year’s animation slate is quite strong with a few titles I’d be happy to see win.