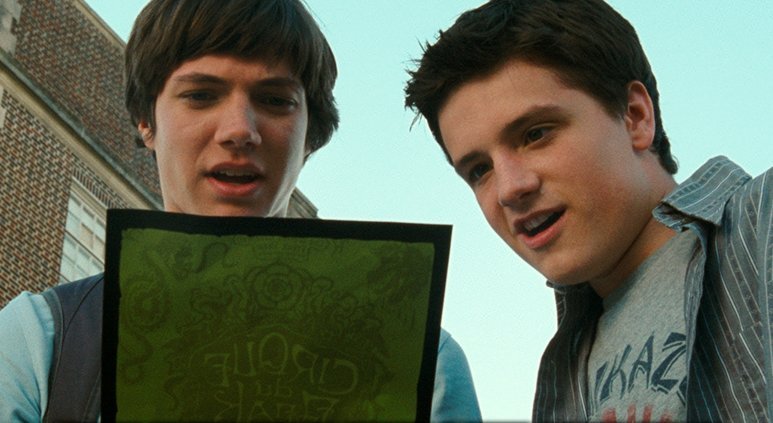 As those who know me, and if such a person exists, cyberstalk me, know I created this blog after writing on another site, which shall remain nameless, for a while. The point is, I have material sitting around waiting to be re-used on occasion I will re-post them here. Some of those articles or reviews may have been extemporaneous at the time, but are slightly random now, hence the new title and little intro, regardless enjoy!

Cirque du Freak: The Vampire’s Assistant is in large part a victim of a poorly thought out unoriginal marketing scheme as much as Paranormal Activity is the product of brilliant marketing. Having said that we will discuss that later and deal first with the film at hand.

The Vampire’s Assistant is by no means a perfect film, however, I did enjoy it quite a bit and it did leave me wanting more if perhaps a bit too much. The major flaws are the quickly drawn and superficially defined characters. We get enough on each to start such that the story is able to function and begin, yet the information disseminated is given to us clumsily and easily through dialogue. We instantly find out that Darren (Chris Massoglia) is a good kid and Steve (Josh Hutcherson) is a tough guy with a chip on his shoulder and all the reasons therefor.

The things conveyed through voice-over, like their individual obsessions, would have been much better conveyed with more visual information. An example, Steve’s dad left and his mom is an alcoholic so he feels he has nothing to live for when a crucial decision comes about. We learn all this through his dialogue, and have seen neither hide nor hair of his father or mother throughout. Even a flashback quick would’ve enhanced that emotion a bit which was very effectively conveyed by Hutcherson. Both young leads, in fact, elevated the story through their convincing portrayals of their sketched characters. Again each has an obsession that sets them on their path that sets them down their course but we learn this mostly through voice over.

The last issue was that of the character of Mr. Tiny. He’s an enigmatic villain and an interesting one, and his words and the opening title sequence make it clear he is only interested in being a puppet master in the battle between two rival factions of vampires. However, why he is only interested in that, what his timetable is, what his real motivation is, and why he chose Darren and Steve is nebulous at best. There is a mention of a prophecy but it is ill-defined.

Now having said all that the film does have quite a bit going for it, and knowing that Universal was hoping to launch a franchise does explain some of the lack of detail. The first part is that it does not take itself too seriously. There is a quite a bit of good humor had with the vampire genre as it turns some of the vampire clichés on their ear.

Aside from supporting turns by John C. Reilly, Salma Hayek, Ken Watanabe and more the film does have an essential conflict at its core that is quite interesting. You have in this story two best friends who become enemies and a rivalry that could’ve been avoided. You also have hilarious cartoonish portrayals of the adult characters at the beginning, which are deftly altered by Weitz when they re-emerge later on and the tone of the tale has changed. The parents reappearing looking concerned and real the teacher seeming confused and frightened, both merely shells of their formerly goofy selves.

The effects were quite good, which is more than can be said for most films, and this one based on reports didn’t cost an arm and a leg. The cinematography was composed and contained even in heavy action sequences which also can’t be said of a lot of films.

To return to the marketing, this is a film that was pushed into October and then had its title altered to include The Vampire’s Assistant, which is the title of the second book in the series. The use of the word vampire a calculated attempt to try and capitalize on Twilight‘s popularity. These are mistakes because this movie is nothing like, and never tries to be, Twilight. The target audience is different, the conflict at the center of it is completely different, and none of these ploys yielded box office results with the film finishing 8th with just $6.35M in gross. This is a shame because all these questions that came to mind wouldn’t have held any water had it not been interesting, and so now it seems they will be unanswered in celluloid and left only within the pages of Darren Shan’s novels.