Similar to the first installment of this piece there was one nation where I got a more rounded, abundant reaction. However, I still didn’t have near the sample size as I did with Brazil. Therefore, I wanted to test the waters and get samples from around the world about the foreign film submissions from my Twitter friends’ respective countries. Even with fewer reactions, and fewer characters with which to glean and convey information, I still got some interesting insights that furthers my hypothesis that limiting a nation to one film submission to the Oscars for consideration can cause issues. Some of these reactions point to aforementioned stumbling blocks, some are new. As is the case with Brazil’s selection, I have not had the chance to see the films that have been submitted on behalf of the nations listed below. I will attempt to see as many of them as I can. Also, I realize that some of these opinions may venture into more perception than reality, but that’s kind of the point. There is a threshold where perception becomes reality and behind every cynicism is some truth, so these opinions do highlight flaws in the system.

Sweden’s is a case I alluded to in my prior commentary and review about Simon and the Oaks, so I was glad to get the kind of feedback I did there. Sweden’s official selection is The Hypnotist by Lasse Hallström. The general reaction I got from the handful of people who ended up commenting was that it was a weak choice. In fact, the notion I had in mind when formulating the “reputation of the director” question was echoed here. What prompted me to write that question was the conventional wisdom of ‘Oh, well, so-and-so directed it so it has to be selected.” The reactions to the the film itself were mixed to negative, as was the perception of its choice, and chances of making a dent on the nominees list. I also saw in this selection a reflection of a common theme with a award shows in the US, wherein the film was submitted to the Academy but hadn’t premiered, which is not dissimilar from press screenings of late-December releases that are up for awards before a vast majority of moviegoers have gotten a chance to see it. If these comments are any indication, I wouldn’t be surprised to see either Brazil or Sweden missing out on the shortlist. More tellingly they seem to play out scenarios and ill-feelings that would be alleviated by additional selections.

Canada, and the next section, are in this list for a few reasons. So far as Canada goes, I have a lot of Twitter contacts there, and it’s important to note that none I asked had seen War Witch at the time I asked. Quite a few heard of it and wanted to, some went on to learn of its fairly impressive festival run to date. So again you have, at least based on a small sampling, an underseen film, which would benefit from Oscar attention. I don’t necessarily think that it represents a language barrier (That is, however, a selection concern for many nations where multiple languages and/or dialects are spoken), as the film was only playing in Vancouver when I asked. 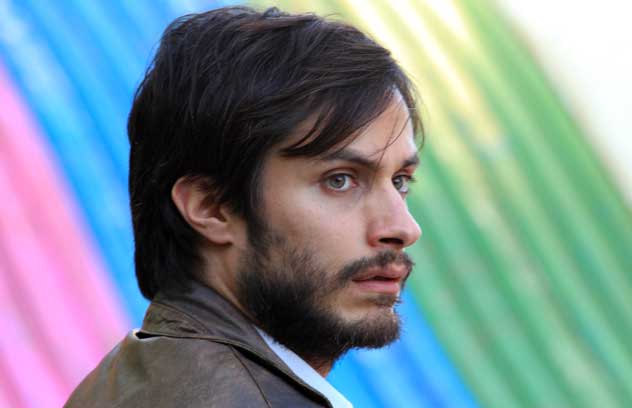 The difference between the answers I got from two contacts in Chile and the myriad I have in Canada is that the Chileans were both well aware of No, it has been well-received and they intended on seeing it.

When asking a contact in France I got very interesting and honest feedback regarding The Intouchables, which I missed over the summer. He believed it a worthy selection for many reasons, but also added that it was “the most Weinsteinable,” which, of course, refers to the Weinstein Company who are not only Award forces but purveyors of ‘gateway’ foreign film selections.

Lastly, I asked a huge foreign film watcher my question. The answer was qualified by not having seen sufficient titles from any country to make definitive statements, but he did cite both France and Denmark as countries that had stronger films in his estimation that could’ve been submitted. In the end, the point of this exercise is not to definitively approve or condemn a film selection. It has been to gather information from those who have seen said film(s) and are familiar with the machinations of their nation’s film industry. In doing so I hoped and think I have illustrated that there are issues with the system at current that would be alleviated by allowing for additional submissions. If you were to introvert the Oscar screening process, that is to say, were I to only stick to Oscar nominees I never would’ve discovered Le Grand chemin, and if it wasn’t self-evident by now, my personal awards (The BAM Awards) do not have a limiter. However, as I’ve stated with many synonyms this plan is an interesting academic exercise, somewhat impractical, and unlikely to be implemented in any way shape or form. Therefore, what can we take from all this? If nothing else, it’s that whether there’s a cinema that we’re close to personally, either through relations or by aesthetic appreciation, we should try to get to know it more fully. Rather than just debating and griping about the film it submits to the Oscars, have another immediately in mind, or better yet know and appreciate that cinema well enough to not care what the submission is, but just think of that as a bonus. Should the country you call home, home away from home, or whose films you enjoy gets nominated; that’s great. If it does not, you can still watch all its other great films.

Facets, for those who don’t know is a great distributor with whom lovers of independent, arthouse and international cinema should become well acquainted.  The selection of their films is only one reason. Another is their scholarly attitude. What is meant by this is the following: first, this DVD is part of the Czech New Wave line. Yes, it is true that the New Wave started in France with a very specific group of filmmakers, but its reverberations were felt worldwide and spawned similar movements elsewhere like the Czech New Wave and Cinema Novo in Brazil. Second, is that this DVD actually includes a booklet, with an essay in it no less. Remember when DVD first started and you’d get at least a fly leaf with chapter list? Now, no more. At least here there is not only a booklet, but actual information.

Also, another benefit if you join Facets site is the occasional discount and sale only available through them. There was a code sent out via email to subscribers so this DVD only cost me $0.01 plus shipping.

The booklet is interesting because it tells of Forman growing up with family acquaintances in their grocery store. A location not dissimilar to where our protagonist finds himself apprenticing at the beginning of this tale, he is employed to watch for people shoplifting and report or confront any who are. This film has a rather humorous beginning but other than the occasional interaction between Peter and his parents has little to offer later on.

It is the kind of film that you know has something going on but may not be absolutely certain what immediately. What is clear is that there is a generational and philosophical gap being exposed. They are represented both by Peter’s father and his boss who represent the older generation and a more repressed, rationalistic, communist frame of mind. There are also, however, liberating agents at play mainly being romance in the person of Peter’s girlfriend and Rock N’ Roll music. Both of which converge at a local dance floor for an extended sequence.

What is also likely to throw an audience off with a lack of context is that, to quote Mark Twain, “those looking for a plot will be shot.” Milos Forman, acclaimed director of One Flew Over the Cuckoo’s Nest and Amadeus, said of this film that he wanted to “collect the ‘most real,’ that is, the flattest snippets of life to make a deadly satire of it.” Keeping that and the fact that Forman wanted to take a documentarian style mixing neorealistic elements with the New Wave in mind, it is a success in that regard. It’s just not a resounding one.

The bully characters while they are very annoying at the start slowly, wordlessly become Peter’s allies. Moving from older more backward sentiments to younger more modern ideas but their involvement is cumbersome in what plot there is and is at times too much.

Inasmuch as the director seems to achieve what he wanted it was successful. All New Wave films were in effect experiments and this one didn’t fail miserably and is entertaining enough but certainly not earth shattering.

A Charlie Brown Thanksgiving is kind of like the middle child of the specials: it is often overlooked but it should not be. There is a lot that is good about the special which makes it deserving of more positive pub.

There is, as per usual, a good little bit of pedagogy in this short, however, there is so much more than that. In this special you get Snoopy’s funny, side-tracking antics playing very closely into the story as he not only sets the table but helps cook.

As Snoopy is making popcorn, there’s a New Wave like cut away from frozen popcorn exploding in mid-air but beyond film nerd things there is a charm to this one that is its own.

It’s due to two factors: first, these kids are having two Thanksgiving dinners. What’s not to like there? Second, I remember as a kid seeing Charlie’s plate and for the first time I saw a Thanksgiving meal where I could eat everything (I have a metabolic condition). However, even if your connection to his plate isn’t that close Patty is way harsh especially considering she invited herself and everyone else. Why does she expect Charlie to know how to cook, anyway?

Regardless, her coming down that hard makes the payoff even sweeter and makes this special at least as good as they other two.