I had quite a review drought to end 2011 so I think the remedy for this kind of post would be to have the post be cumulative monthly. Therefore, after each qualifying film a short write-up will be added to the monthly post. The mini-reviews will be used to discuss Netflix and other home video screenings. Theatrical releases, regardless of how they are seen whether in an auditorium or on VOD, will get full reviews [That is when deemed necessary. As I wrote here I do want to focus more on non-review writing wherever possible]. 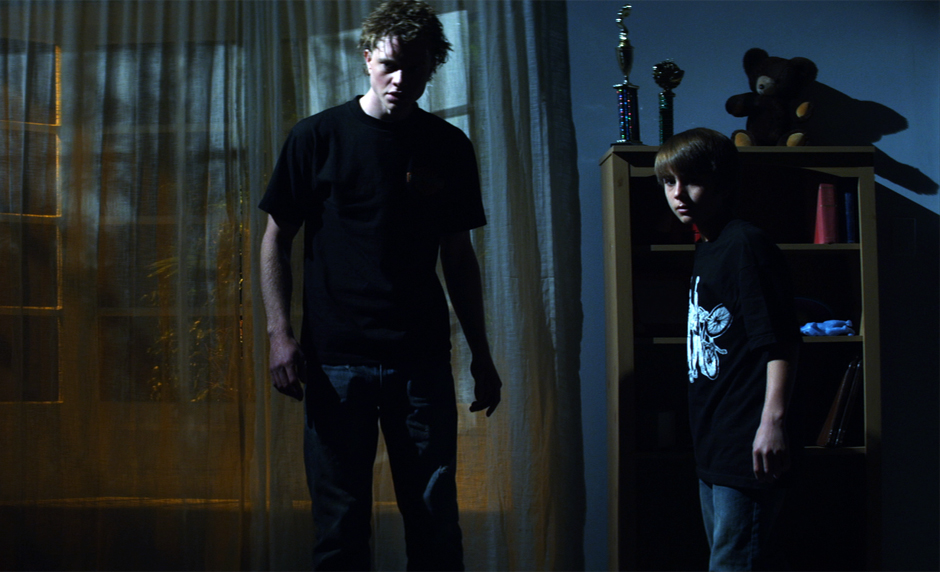 This is a film that’s a classic non-starter. The work that’s done to build the characters, the brothers, at least, is appreciated; as is the late reveal of several key pieces of information. However, the issues that come into play are that the film ends up not having enough jolts or enough incidents. The battle against the evil entity these brothers fight is forestalled too long, is resolved to quickly and far too anti-climacticly. So you have a film where engagement is barely kept for as long as it takes and then there’s no real pay-off. With a horror film, especially one of this type, you know certain characters are going to be safe so it really ends up being more about how things occur rather than who makes it. The film has really good performances by Jonny Weston and Gattlin Griffith, especially the latter, but not much else to show for itself.

In most cases, it takes some fairly brave filmmaking, the kind you usually only find on the indie scene; to get a refreshing and fairly honest coming-of-age style tale. This is not just a question of using profanity and making “kids sound like kids,” but also being unafraid to make the characters fairly complicated; gray, neither black nor white. For in this tale the two main foci Charlie (Alex Maizus) and Andy (Dylan Hartigan) are inclined to make trouble and misbehave, but when backed into a corner they reach the point of maturation, and reveal their true character. The closest thing to a “white” character is Dave (Jordan Puzzo) but even he, as the plot necessitates, shows a little added dimension and isn’t entirely squeaky-clean.

Of course, none of this journey, which is more a life-like domino-effect of events than a standard plot; without very realistic performances from the young actors in question. This leading trio is exceptional. Maizus has before him what can likely be considered as the most daunting task having to juggle streetwise smart-aleckness, Napoleonic complex and a well-guarded sensitivity and excels. However, Hartigan matches Maizus’ worldliness and brings his own brand of alpha to the part. Last, but most certainly not least is the performance most likely to be overlooked, and it oughtn’t be, is Jordan Puzzo. Puzzo has to be earnest and deadpan and absolutely nails all of his dialogue that has to land.

Funeral Kings is very funny, insightful and refreshing take on a coming-of-age tale that put character first and circumstance second even though it sets itself up for potentially sensationalistic scenarios.

Nine for IX continues with the tale of Sheryl Swoopes carer. It’s always great when I don’t know much about the subjects of these films, or as much as I thought I did. Perhaps the most interesting thing about Swoopes as a subject is the fact that she is not easily definable and is an individual. She’s not at all interested in labels of any kind. The only issues I really had with the film itself was that it glossed over what she did in the two-year span between her graduation and the Olympics, and then one interviewees seemed to have responses that made him seem the mandatory contrarian. It would’ve benefitted the film all the more if one subject had varying interpretations of her actions and career choices. However, it’s still a very effective piece that highlights many aspects of the game and the player that would otherwise be overlooked. A job very-well done by director Hannah Storm.

Here’s another Nine for IX title that takes an unexpected avenue. Not only was I unaware for Pat Summitt’s early career, both in being Head coach at such a young age and also her close-calls, but it tells the story mostly through her and her son, Tyler Summitt (recent University of Tennessee graduate), reminiscing and other colleagues, former players, etc. The film reflexively talks about how it likely helped her remember things she wouldn’t have otherwise (Summitt recently retired due to early onset dementia). Therefore, aside from being a great piece on her life and career it also becomes a living document for her and her family and all those she coached and helped along the way. The film could end up being far too loose with such a format but it crafts itself into a very neat and highly effective narrative.

It’s not that the attempt being made by this film isn’t understood or appreciated, it’s just that somewhere along the way it loses the plot. The film deals within a home invasion wherein thugs are really after their teenage son. While it occasionally elicits the desired emotional response, ennui eventually wins out. It tests the limits of voyeurism and fails. It brings existential questions to mind like “Why am I watching this?”.

An example of how it loses the plot is by having a fairly standard horror-film jolt-ending which feels tawdry, unearned, and mostly disingenuous. If we’re meant to just bask in the terror of how quickly and nearly irrevocably things change for this family the end should be more low-key and broken. This film by no means wants to be The Strangers, but it reaches wildly for it end when perhaps its prior sin was being unambitious. Perhaps the most enjoyable passage of the film is the set-up where there’s mundane small-talk that establishes character- that’s not good enough because there’s a second and third act where it can’t be compelling enough one way and tries another at the end. 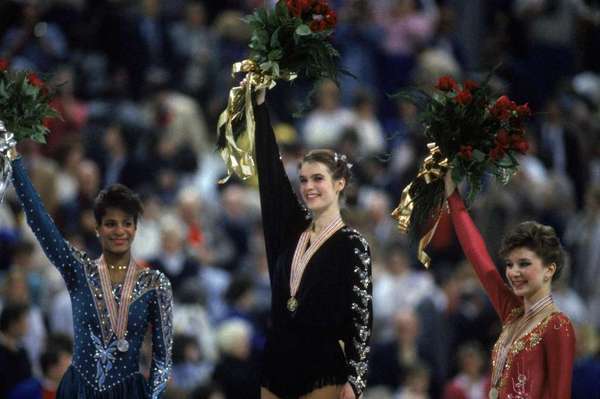 As I was a young when the Berlin Wall came down and communism collapsed in Eastern Europe, documentaries like this that take a more focused look at things are really beneficial. For example, I was under the impression that it was just because I was young that it felt like the wall’s coming down was fairly sudden; as it turns out, it was, compared to other similarly seismic sociopolitical touchstones. However, that’s a detail about a larger event. What this film does is take the diplomatic, athletic lightning-rod that was Witt and examines East Germany, both their sports regimen (pro and con) and the Stasi (only cons) through that guise and billows out from there to close relations and the everyman – and it has great and significant interview subjects on the matter. However, it’s also about Witt, some of conflicting feelings about the time, about her relationship with her coach; and how her coaches struggle molded her path to an extent. It’s a film that made me want to delve into that period, into other films about East and West Germany, made me want to see Carmen on Ice; in short, I wanted more and lots of it, and there’s hardly a higher compliment one can pay a film.

I could probably write a much longer piece on this film. One thing it does fairly successfully is mash feature and documentary techniques together. It fully commits to the this “inspired by real events.” The subject matter (Seeing malevolent shadows that would kill you in your sleep if you know they exist) is very strong. This commitment to approach, and the scoring help driving home despite missteps in the approach on occasion and casting issues. A testament to it’s efficacy is that it still was unsettling even in spite of nagging doubts about the quick escalation of the investigation of the phenomena and the fact that much of the second into the third act is spent crystallizing the modus operandi of these beings. Some aspects work brilliantly, for example, it’s a shame I watched it on TV because it was trying deft, slight scares at time that would read better in a theatre, some facets of the myth aren’t quite as strong as the others, however, it’s a fascinating one.

Granted the bones of it do have a source in popular culutre but its impact on the cinematic realm, as far as I know, is fairly small at current. What one can say is that this film is not unlike The Curse with better production values that’s slightly less clear on its own rules – in short, it excels in spite of itself. Taking that into account, and owing to how it made my skin crawl, I can give it a…