Enumerating how many artistic disciplines exist is not the purview of this series. Rather the idea of this series is to briefly explore an iteration, an instance, of another artform in the world of cinema.

In an upcoming series of posts I will state that I believe that cinema is the ultimate artform because of its ability to encompass or represent all the forms that came before it. Its elasticity is such that I believe it will be able to dialogue with whatever comes next.

However, this post seeks to satisfy a simple aim by illuminating a work cited by a film. To learn more of it and the artist in question. In short, just a bit more than information the film deems suitable. 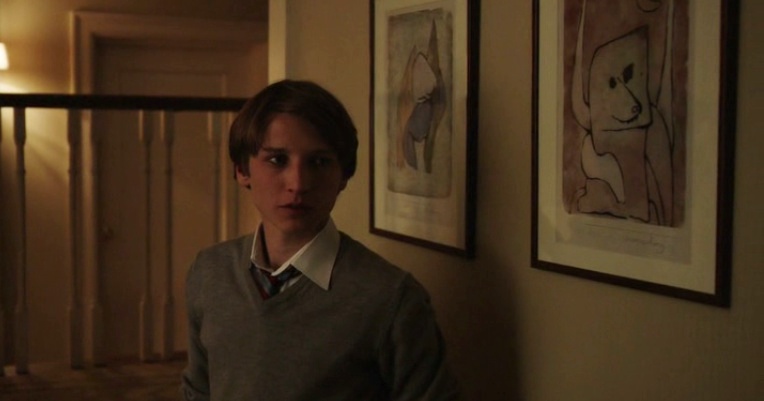 I have had some troubles picking up this series wherein the other arts are featured in films. However, I’d rather feature a film that speaks very specifically about the works of an artist with less information than not to mention it at all.

In The House references several writers, naturally as the lead is a French teacher and frustrated writer and has a protege with a flair for the written word. However, just one painted is ever mentioned through the course of the film. That painter is Paul Klee.

In doing a web search I was able to get these screen captures that give you a closer look at the paintings discussed. One review cites the titles as Rettung,
Unterbrechung and Hoffnung.” Which if memory serves is right.

Any other light that can be shed on them would be appreciated.