This post is part of the Summer Reading Classic Film Book Challenge. This particular title pertains to the blogathon by being a work of film criticism that discusses some classic films and then-new approaches to adaptation of stage plays and novels and other developments in the early history of film. 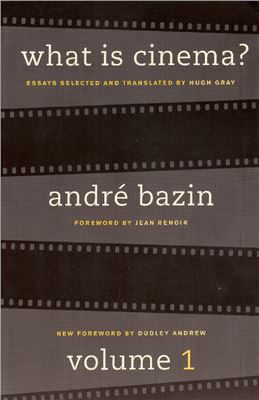 With the recent shutdown of The Dissolve, one of the most celebrated and well-respected film criticism sites in the past two years; a site created in part as a response to the closing of Cinematical; it’s not unusual that the discussion of “Is film criticism dead?” firing back up. When you pair that with the fact that I recently took to reading What is Cinema? Vol. 1 by André Bazin, and I started to give this some serious thought; seeing as how Bazin’s essay collection encompasses five volumes and only two of them exist with modern English translation. Usually, I leapfrog from one film thinker to another based on having read one and heard them talk of another. However, the last two names I came across I were met with similar lack-of-translation issues. René Tabard being the last one prior to Bazin. Tabard practically invented film history, and jumped to mind again after he was featured in Hugo.

I think this collection from Bazin proves there is still a relevance if we are willing to engage and seek out such writing, as will be detailed to follow. So “Who is André Bazin?” you may be asking. André Bazin was a film critic and theorist who founded one of the most influential film publications of all time, Cahiers du Cinema. It was Cahiers where the likes of Jean-Luc Godard and François Truffaut, among others, got their start. It was Truffaut’s references and admiration that lead me to him.

The contents of the book are as follows:

Ontology of the Photographic Image
The Myth of Total Cinema
The Evolution of the Language of Cinema
The Virtues and Limitations of Montage
In Defense of Mixed Cinema
Theater and Cinema: Part one and Two
Journal d’un curé de campagne (Diary of a Country Priest) and the Stylistics of Robert Bresson
Charlie Chaplin
Cinema and Exploration
Painting and Cinema

The title seems simplistic but bear in mind that when Bazin was working cinema was about 60 years old. Synchronized sound much younger still and many things were being addressed for the first times on film. Furthermore, to establish a foundation of what the study of an artform is defining and delineating it is a necessity. Furthermore, when aesthetic precepts and styles change, or are challenged, chronicling the process and debating the pros and cons of said approaches has much validity. In trying to define the then-youngest artform it mattered to compare and contrast it to those arts that came first.

Bazin breaks down many things specifically: the frame itself, the incorporation of multiple disciplines, film grammar, editing with a different approach that Eisenstein had, as well as tackling specific performers (encapsulating Chaplin’s genius) discussing specific titles and subgenres. Further some of these essays have slight overlap which make the order make sense, and give you the sense of an ongoing dialogue that developed over time.

Those essays are followed by notes inserted by the translated for further contextualization. These are vital. For while Bazin was not shy about writing lengthy, at times multiple page, footnotes to make elliptical tangential points there are times where there is no clarification that you wish were there. On a few occasions they occur in the final line of the essay and the point is obfuscated if not lost entirely. 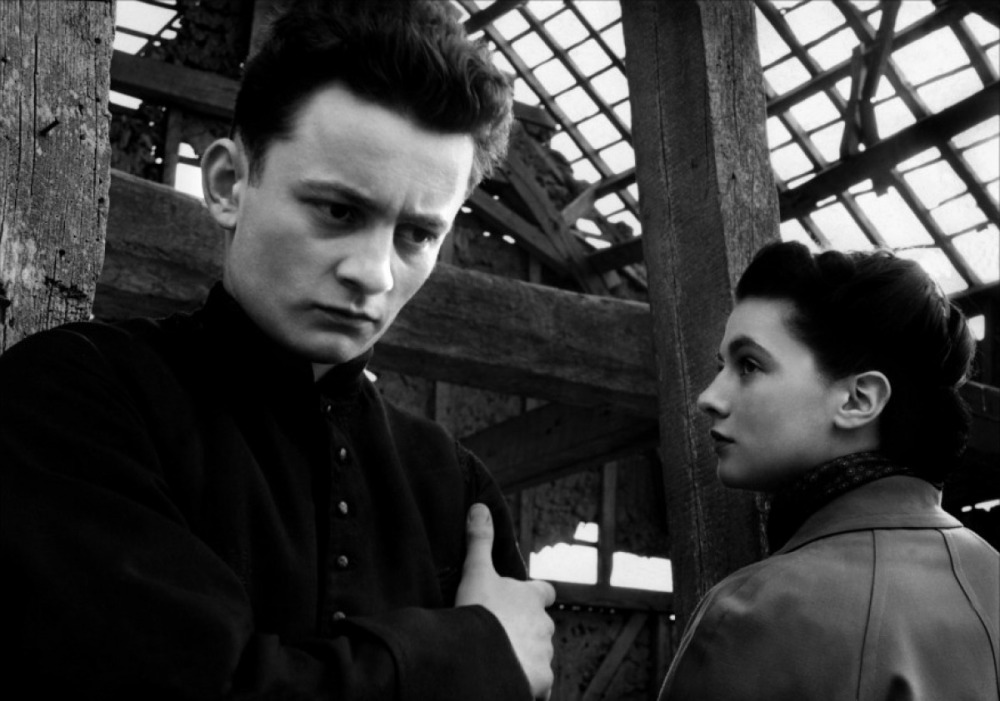 I, as a reader, am not shy about doing searches or seeking definitions extemporaneously. However, some of them only made sense with the notes; hence their vitality. I usually consider the introduction optional but Jean Renoir sets the stage very well and gets you in the mood and proper frame of mind to start this book so I’d recommend it though it’s not as vital as the notes.

Online I found some reader reviews that cited excessive liberties in editing, re-arranging essays. However, those changes are cited in the back and it does not say if it’s unique to the English translation. As for the arguments I saw about reading the original French text, clearly if you have a level of fluency in the original language of the text that’s alway preferable, but a translation is better than not ever having read a text at all. I have experimented with reading in French but cannot claim proficiency, and translation is imprecise, which is why new translations happen, and I have read multiple versions of a work when interested enough. It’s just always something to keep in mind.

Regardless of the transcriptive liberties either taken or not, I found the ideas communicated clearly, even through their complexities, and the compact, polysyllabic style Bazin appeared to have is evident without being so dense it reads as if its intended for academics only. It’s certainly challenging but a foundation in film makes it accessible. It’d have been further illuminating if I had the level of exposure to French literature and theatre he did, the other works of art, but even without the specific contextual framework what he’s saying is clear. Furthermore, reading always begets reading so it’s good to have some ideas of what to look for.

I wouldn’t say its introductory level stuff, nor does it supplant film history supplements, but Bazin’s work is a foundation that is still relevant for film is in a constant state of evolution. Therefore, to question what makes a work cinematic, and what the form entails, is critical food for thought for all those who love the seventh art.