Little Glory is a coming of age tale, wherein the two leads are forced to come to grips with their family’s state, and taking on adult responsibilities far too soon for the both of them. What proceeds is part custody battle, part intrafamilial strife.

Little Glory gets a move on quite quickly. The inciting incident wherein Shawn (Cameron Bright) and Julie (Isabella Blake-Thomas) are orphaned comes early and is dramatically portrayed in a highly cinematic way.

The film starts off with a rather overt, in-your-face conflict between drunken father and son, and then proceeds to tell more nuanced ones wherein information is strategically withheld, internal conflicts that are mostly unspoken, and revelatory discussions between brother and sister. The emotion of the piece is easily accessible and highly engaging. Much of that is underscored in a not-too-overt scoring by Michelino Bisceglia who lays the groundwork without force-feeding emotion. The reactions expected from the audience will come from the parameters of the narrative and how well we are lead to identify with the plights of the characters.

Cameron Bright, who was BAM Award nominee as a young actor, most recently seen in Twilight series, is perfectly cast in this film as the seemingly gruff slacker whose tough façade belies a sensitive soul underneath.

It’s not too often that a film feels the need to have a special “introducing” title to call attention to a gifted young performer in their first significant film participation. However, Isabella Blake-Thomas definitely earns this distinction. 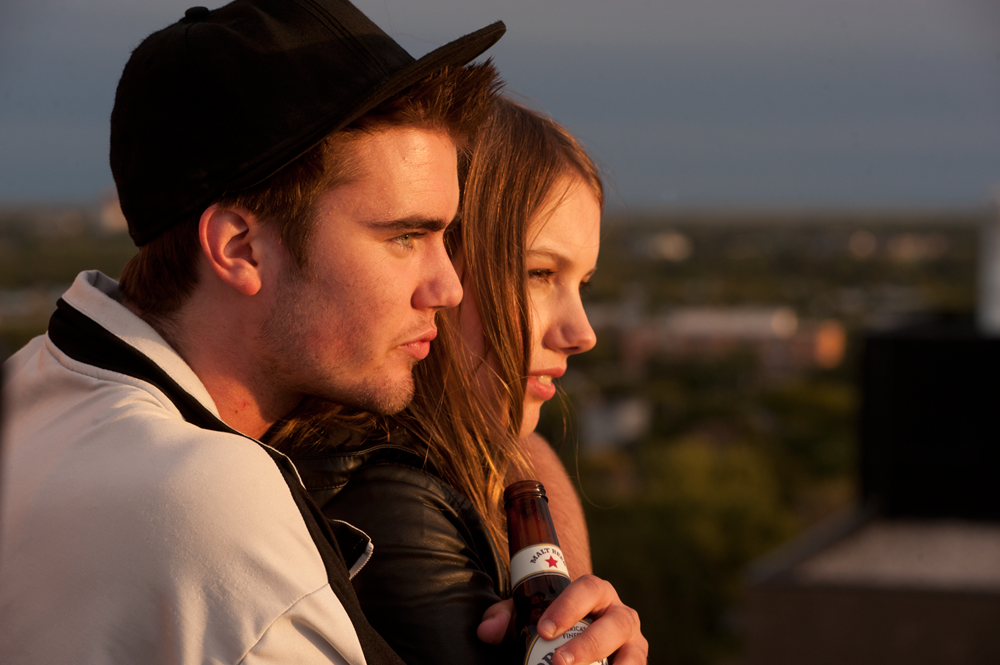 What this film ultimately is, is a maturation rather than a traditional coming of age. What I mean by this is that there is a coming to grips, an acceptance of the reality of their situation that must be dealt with rather than a universal platitude, or a commonplace trip through a struggle to newfound peace.

You may be one who thinks a film set in Michigan, shot in Canada, produced by France and Belgium (among other countries) that waited four years to get its North American release on DVD may not have much to offer, but you’d be selling this film short.

Little Glory has the narrative bones of a film in the week that may appear to just be disposable. However, there is an earnestness to be found within, and a universality that allowed this story to be transplanted across the Atlantic from where it was originally set. It is surely a film that’s worth looking out for and giving a shot.