I love Laurel and Hardy. I’m not sure how many of their features I’ve seen. I do fondly recall watching their shorts on weekends growing up. Overall this movie is good. I haven’t the heart to dislike one, but this one does bug me in a serious way because the bamboozlers make one too many bad mistakes right at the beginning that should have been caught. Aside from that, the film is fine and has some hysterical sequences. The Oscar nomination is for scoring, which is truth be told, is pretty special. I do like that the Academy had a proclivity for recognizing comedic scoring earlier on. It’s definitely worth a watch for fans who haven’t seen it I would introduce them with it though.

Well, here it is again, It’s a weird year for me. My intake of the Oscar-nominated films is low, I’ll do something to address that soon; however, bottom-line is that many of the nominated films I will be catching up with in the longer-than-usual Gray Area.

So without further ado the more specific commentary… 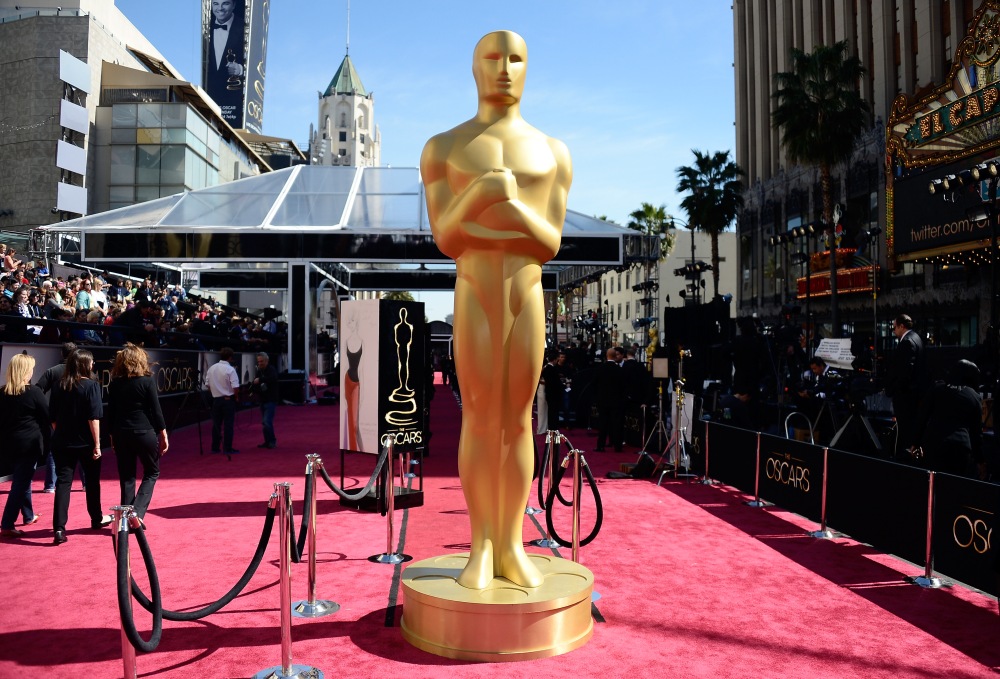 Eddie Redmayne on the carpet. He’s a BAM Award nominee for Les Mis. Please ask him about Fantastic Beasts too. Nope. They didn’t I enjoy looking forward a bit too guys.

If you need some viewing pleasure between now and the ceremony here is a hilarious Consequences of Sound video that came out over the weekend:

In a surprising twist, many of the worst dresses are on the fashion analyst panel.

“Did his wife dress him?” epitomize moments when I regret them deigning to discuss men’s looks.

Switched to ABC because enough is enough.

I’m frequently late to switching to ABC, they line up most of the bigger, exclusive interviews right before the show. 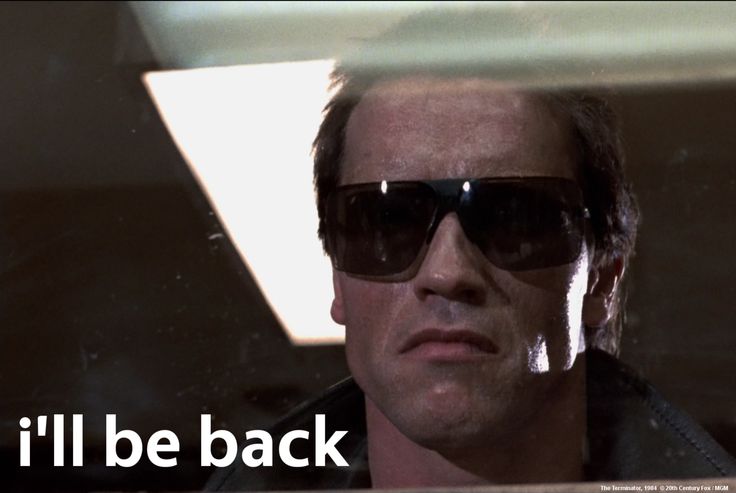 Starting about a half hour behind because life.

New opening animation is a bit odd, always like these montages though.

Is there a prop bet on Trump/political statements?

Leave it to Chris Rock. Holy cow! Amazing. Still ongoing by the way.

Jamie Foxx love, is always welcome as is a random Paul Giamatti shoutout in a bit. Good stuff.

Spotlight on screenplay. This is one of the few I couldn’t get the gumption up to see. It could be very well executed indeed, but it’s a been-there-done-that ripped from the headlines story.

I kid because I love.

The Big Short wins adapted so does that bode well for the end of the night? Still holding out hope for The Revenant.

Political message one: Pro-Sanders without saying his name explicitly.

Stacy Dash bombed hard. So much so that his hilarious throw to Sarah Silverman didn’t land either.

Holy crap, as hilariously embarrassingly candid as that was, is anyone directing this show?

Two Best Picture nominees mean four of these awkward stand-ups. Is it time to shake this formula again?

Loved her since A Royal Affair. 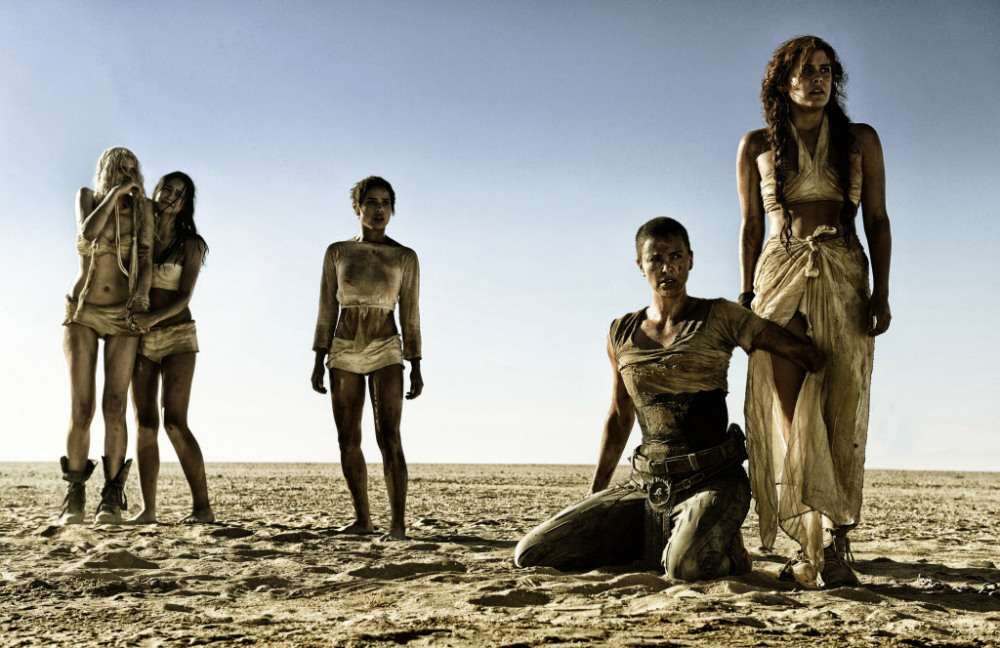 “The thing where a bear lives” for quote of the night. 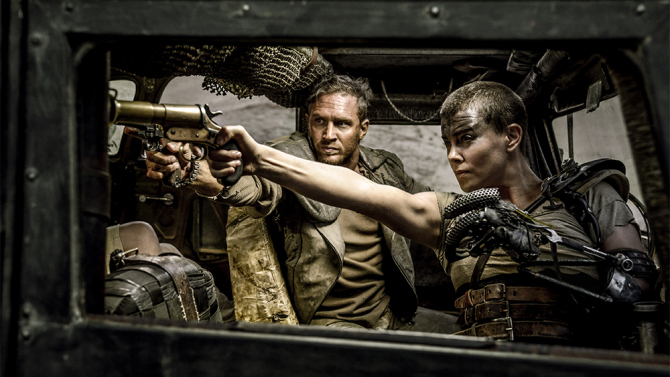 Mad Max again – agrees with me on Production Design! I’m happy now but not holding out any hope for Best Picture.

And again! The Mad Max portion of this show is awesome! 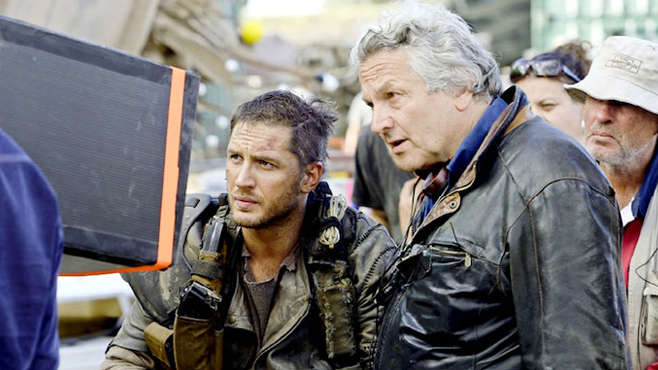 Yes, the Bear! and the Mad Max Best Picture montage.

Shoulda-been nominee is the best #OscarsSoWhite comment of the night. 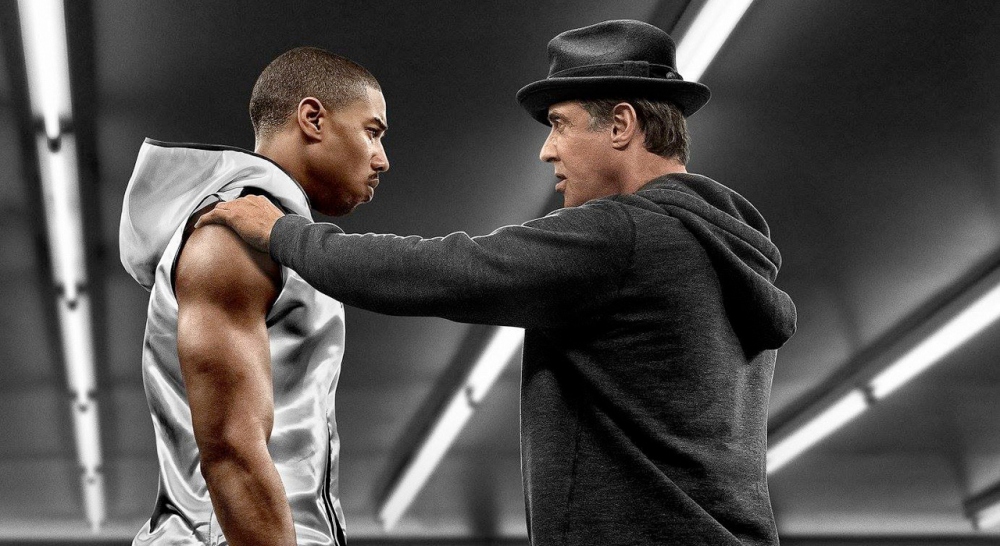 Lubezki’s work on The Revenant is not a choice I can knock, it’ll contend for my awards this year for sure.

They’ll keep making a point of calling editors artists until everyone gets it.

Again, Mad Max was impeccably cut. Check out my props to its cut, I gushed when awarding it.

If they felt the need to have to go public domain play off music, why always the same song? “Ride of the Valkyries” is good and all but…

Editing and Mixing up…

The first one to Max! I picked it for both in my joint category.

Wow, awesome that Andy Serkis got that intro. Knew he’d announce special effect but glad they did it that way.

Not that surprised Ex Machina took it. That was the best part of it in my opinion.

Haha, robots take over on my birthday! 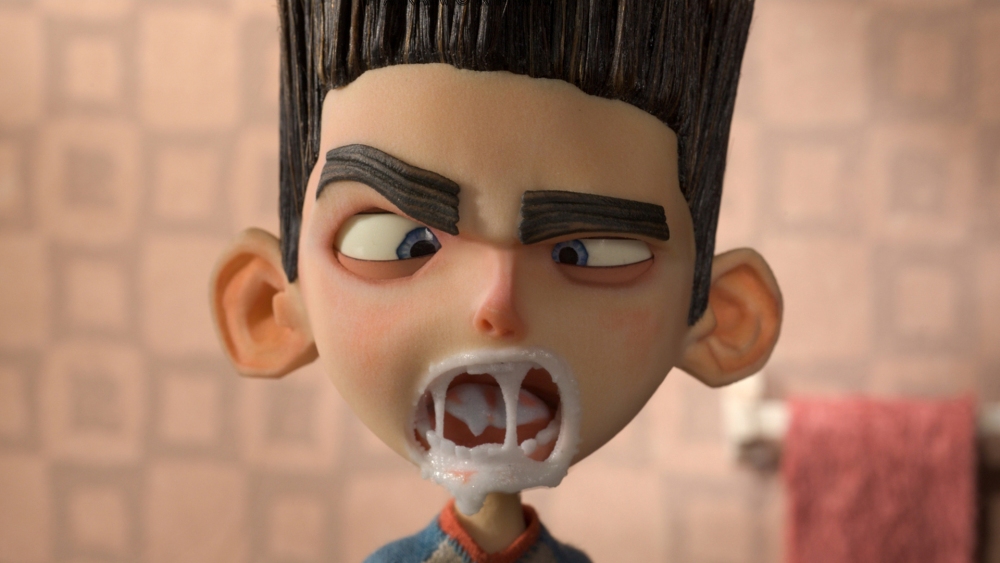 This is the first year in a while I come in to the Oscars having seen next to none of the shorts.

Political statement #4: The animated short that won is an allegory for those exiled from Chile during Pinochet’s regime. Awesome and powerful stuff, especially since it’s Chile’s first Oscar. 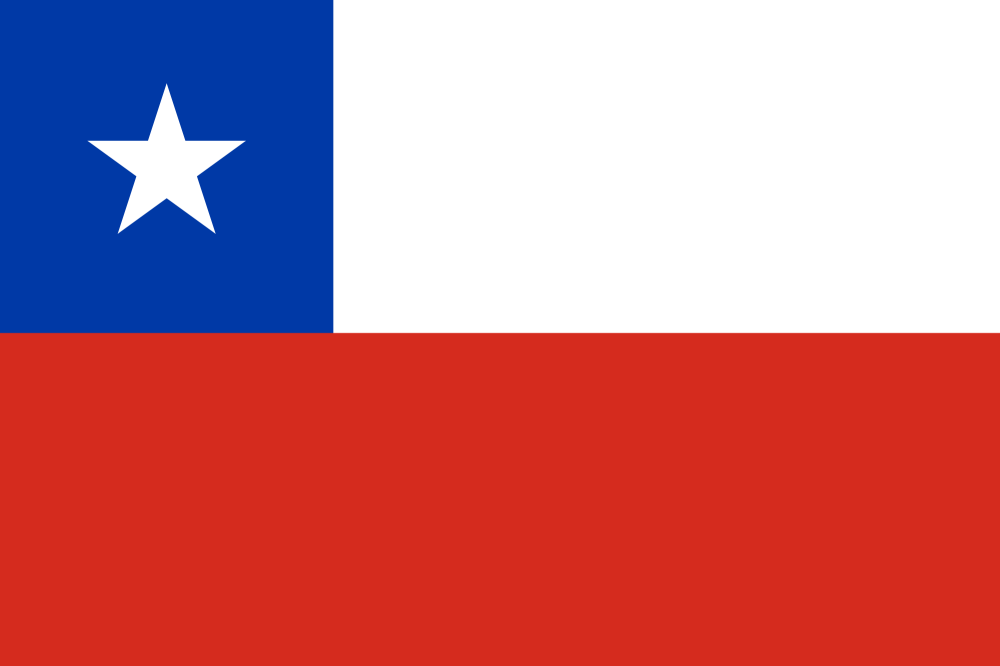 Kind of a foregone conclusion but glad Inside Out wins. There’s a lot of importance in that film beneath its cutesy façade.

“Make stuff” acceptance speech the most inspirational so far.

Kevin Hart on stage, not making a movie at this time. Guffaw.

Didn’t listen to the nominated songs on hearing about them like I said I would. Oops!

Quite nearly live, maybe, maybe, maybe in the next commercial break I’ll catch up. had to check the latest promo for The Family though.

Mark Rylance wins Best Supporting Actor, I’ve not seen Bridge of Spies yet to my shame, but it’s just another accolade one of his actors has gotten that he’ll not get due credit for molding because people perceive him being about story and the technical end and not performance like Bergman.

Yes, to The Good, the Bad, and the Ugly theme!

Leave it to Louis C.K. to make Documentary Short Subject matter in a hilarious way.

OK, “The Oscar goes to Mad Max” is the new best line.

Political statement #4: The biggest one the short documentary caused the Pakistani Prime Minister to change the law on honor killings. Another huge win for a country. 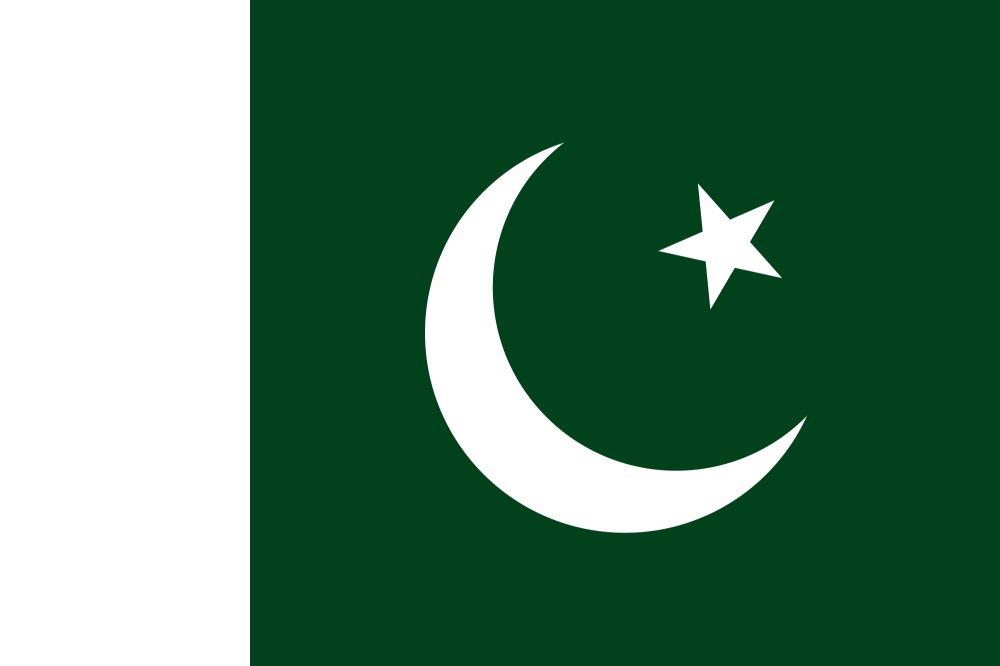 Kapadia gets an Oscar, Senna should have gotten him one.

This Girl Scout Cookie bit was tired the second it started.

Whoopi introduced with “What’s Love Got to Do With It.” She’s not in that, but whatever it’s a good song, said the producers to themselves.

Cherly Boone Isaacs comes up for one of the most listened to and difficult addresses in the history of these awards I’d wager.

Was kinda dreading Grohl but it’s a cover song, so it’s cool.

Loved Robert Loggia in many things but always appreciated that he leant his voice to this bit.

To clarify I like Byung-Hung Lee and still think Sofía Vergara is still the funniest woman on TV. I just think it humorous that in a year when diversity is the biggest talking point at this year’s Oscars the presenters are all rather predictable. Kids for short film and so on. I’d like it mixed up some.

And now I get the Biden involvement. Political message #5: http://www.itsonus.org/

If it’s possible to have Lady Gaga bring the house down every Oscars, it should be arranged.

This is the part in the Oscars where I forget what categories are left. 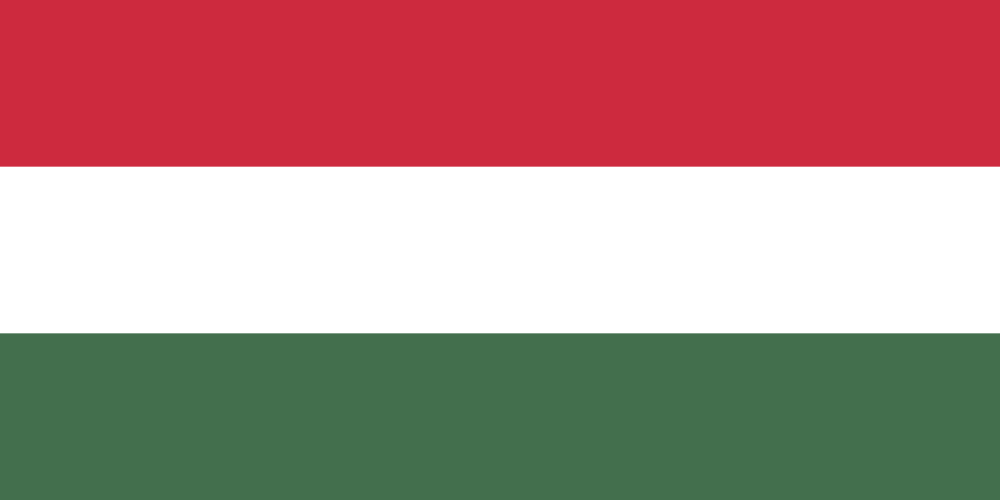 Always glad to see Hungarian cinema recognized. Have to see The Son Saul.

This is the first Oscar for Ennio Morricone in competition? Really? Well, at leas that gets him off the Lifetime Achievement only list.

Tear-jerking speech of the night so far: This guy!

“Now check out this movie about a room full of white people” gets into Gold Medal position.

My reaction to the Best Director presenter… 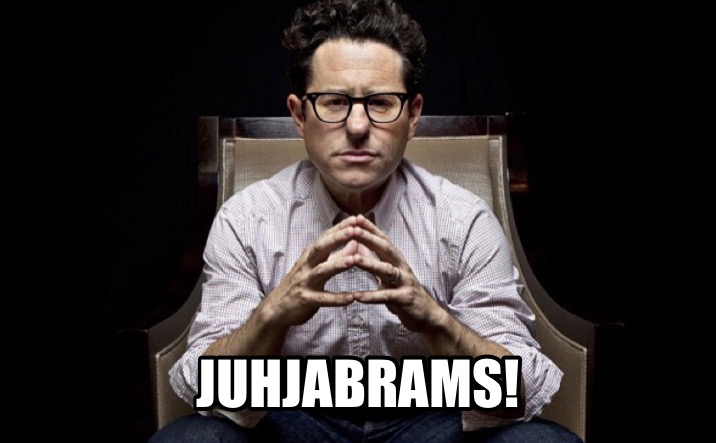 I thought the smile meant Miller but, more importantly…

GOD FORBID, IÑARRITU BE ALLOWED TO UNDERSCORE THE SALIENT SOCIOLOGICAL POINT THE REVENANT MADE IN HIS SPEECH WITHOUT BEING DISTRACTED BY THE STUPID PLAY-OFF MUSIC. THE SHOW IS ALREADY RUNNING LATE GUYS, GIVE IT UP!

Brie’s win seals it, Room has to be first up.

Thank you, Academy for picking that clip instead of a wracked in agony one!

If you follow Leo on social media that speech was no surprise, yet still amazing. Political moment #6.

Not gonna be that guy who comments on a movie he didn’t see, but I was surprised it was Spotlight.