Resident Evil: Afterlife is likely to go down as one of, if not the, worst film of this year. Whereas I was able to point out in Step Up 3 what could’ve been of more emphasis to make it a better more enjoyable film with this one I am at a loss. For the sake of full disclosure I am not one who unabashedly hates this series. I have seen all the installments and the ones previous, while teetering in the land of mediocrity (scoring 5/10, 6/10 and 5/10 respectively), did not lead me to believe this was in the cards.
As has been typical in the series acting took a holiday, however, given a decent amount of action a coherent plot and a story with a satisfying resolution this would be no issue. However, this film insisted on there being a lot of acting. It was a film where our protagonist Alice (Milla Jovovich) was alone a great deal and talked to herself quite a bit along with doing a bit of voice over. Not only that but there is a great deal of exposition done about the characters she meets each of whom has more annoying traits than the other which are carried out with varying degrees of ineptitude. Even in some very bad films there’s usually an actor you can single out and say about them “So-and-so is better than that.” That’s not the case of this movie no one rises above the material and makes an indelible impression due to the virtuosity of their acting ability.
There is at the beginning very minimal exposition which could leave those not ensconced in the mythos of this series a little at a loss but things do eventually clear up and you’ll realize there is truly nothing truly significant is going on. It’s almost incomprehensible to imagine how stakes which are so high on paper can be made futile through the execution of the script and the film. 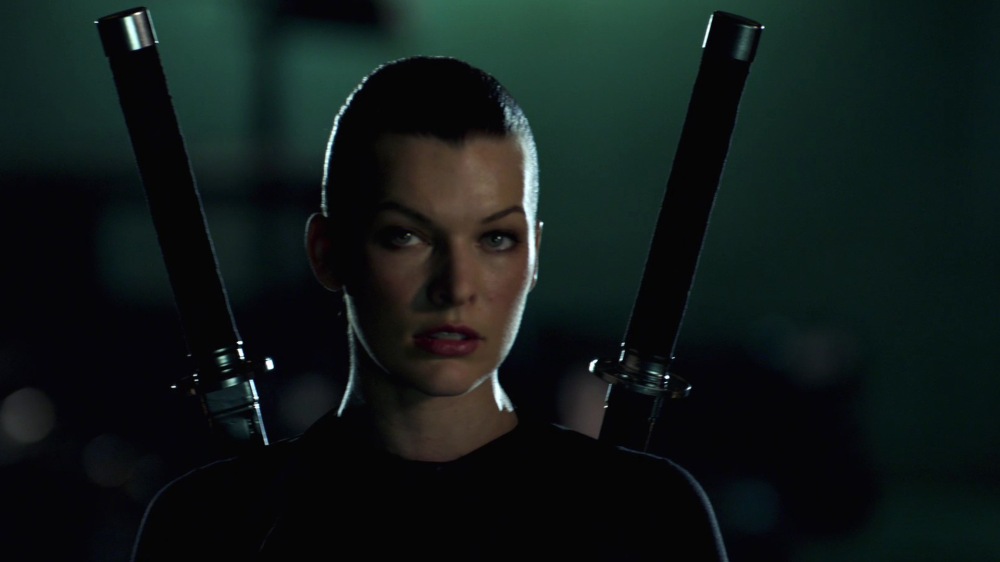 For at least two-thirds of the film they are in a building which is surrounded by countless zombies and never have the undead been more ineffectual. You hardly ever see them except at a distance until they breach the building. They should be omnipresent we should be able to hear them rattling the fence and moaning en masse into the night but instead everyone is so terribly blasé about it you forget they exist. They fear their fellow man much more, which is all well and good in theory but none of them seem to pose a true threat that we the audience see the threats are only perceived by characters.
The characters, for the most part, are shorthand stereotypes of different types of celebrity and occupation and few have any real dimension and based on the display we get it is unlikely any of these players could convey it if they did have depth.
Another trick of the tale that we are forced to sit through which only belies the laziness and lack of imagination trying to mask itself as cleverness is a few cases of amnesia about. This film also has the unusual distinction of having the most incidences of unnecessary and unintentionally comedic slow-motion shots in the history of cinema. 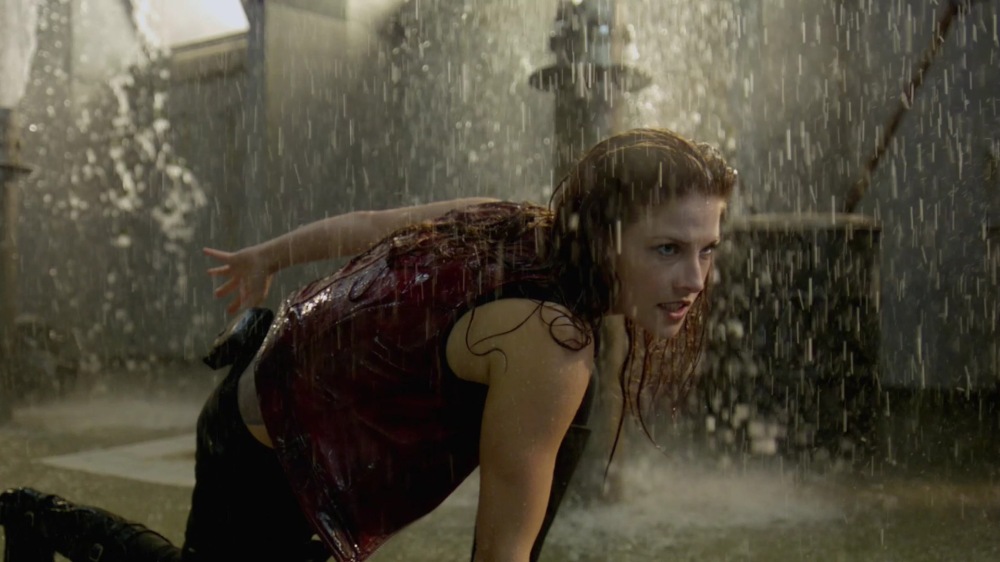 Bad is one thing, but bad and predictable is a whole other can of worms. Much of the journey is to try to find this mystical safe haven referred to Arcadia. At first it is thought to be a town in Alaska then it turns out to be a boat where there is supposedly no infection. It should be rather obvious from Alice’s landing in Alaska that the search for this haven is like Ishmael chasing Moby Dick and sure enough it is.
There is not a redeeming quality to be had in this film at all. The effects are passable and the 3D is fine, however, seeing CG that doesn’t induce laughter and 3D that doesn’t make one’s eyes hurt shouldn’t be a positive, it should be a given. This film was shot in 3D so it should look good in 3D. Not an accomplishment, that would be like complimenting a Director of Photography for having proper exposure on all his shots. That’s what’s supposed to happen.
As mentioned before this is one of the worst films of the year and one of the biggest wastes of time to boot.
1/10