As time moves on we must learn that things need to be contextualized. It takes no insight to show kids Jaws and sit there bemused as they’re unimpressed. The first thing that must be noted is that, in my case for example, Jaws wasn’t that old a movie when I saw it as a kid. Now things from five years ago may have the faint whiff of being dated already. I’ve caught myself thinking “Wow, that came out a while ago” about a fairly recent film.

The art, all arts, are evolving at ever-dizzying speeds because they have to to survive. That’s just the way things are. It’s not better, not worse, no judgment; just a fact. Therefore, Jaws is now an old film. Even I, who was a self-motivated film watcher needed, and relished hearing, the framework my favorite college professors  would create to establish what our mindset should optimally be going in. I was motivated to watch Citizen Kane on my own and Hitchcock and a few others and I got an innate sense for them. As I learned more film history and discovered more varieties and approaches. I benefitted from the brief intro.

Tendaciousness still will apply. You will like what you’ll like. I don’t care for The Social Network.  I am able to appreciate all the technical refinement and skill in the making of it. My background makes it such that I can ignore its departmental prowess. It cannot move me in any way as much as it tried, but I had the framework. 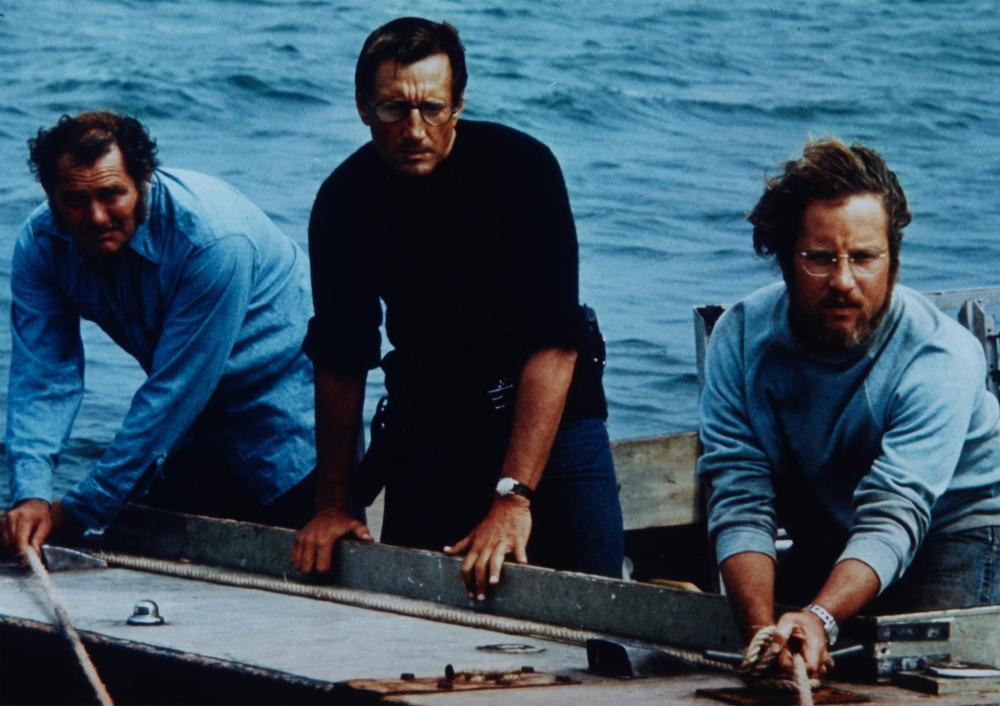 Bringing it full circle to Jaws you can’t just put it on and say “watch this, it’s great.” You can’t really do that for any old movie, which it now is. Context before, and not during or after, is the only real way to ensure it may be appreciated. And, as is true with any kind of film, like what you like and let the kids respond to what they will.

One of the biggest fallacies around is the whole “you have to like this or you don’t like film” school of thought. Venture forth wisely, bringing some of your knowledge with you but your baggage with a film (good or bad) is yours, so don’t pass it on just try to help them see it the way you did once upon a time, even if it can no longer be looked at the same way.