Themes are sometimes difficult to stick to. The way I usually manage to stick to them is by getting a bunch of installments written and ready and then scheduling ahead of time. Themes that I work on extemporaneously have a chance of being more inconsistent, or worse, falling into abandonment entirely.

I say this because I have had it in mind to do this idea for quite some time. I have not made the intention to do this theme known here, just in a few conversations. The main reason I’ve not announced this one to try and get this one started, and to give themes I do not consider to be done, some staying power.

Without much further ado, the idea I purport to embark upon is one I call Cinematic Episodes. This would be another cross-medium post wherein the link between cinema and another medium is explored. I have written about adaptations, films in books, characters in comics and other arts hitting the big screen. However, I recently have started to consider some of the technical, and in some ways, narrative similarities film and television have always shared and are starting to share.

It’s no coincidence that on the day I sit awaiting delivery of Game of Thrones‘ second season that I post this, HBO and other cable outlets have truly blurred the lines more so than most in the past due not only to single camera approach, but also production values and elimination of the commercial break, thus, creating a more cinematic structure that builds its ebb and flow in a more traditional three-act manner than an hour of network television does due to the crescendo to commercial, the precipitous drop upon retuning and then the rise anew.

However, many shows on many outlets come to mind when thinking of the parallels and the current landscape, which I will plumb for the examples I am familiar with. This evolution didn’t happen on its own. I will look back and try and trace, to the extent I possibly can, the evolution of the exchange of ideas. 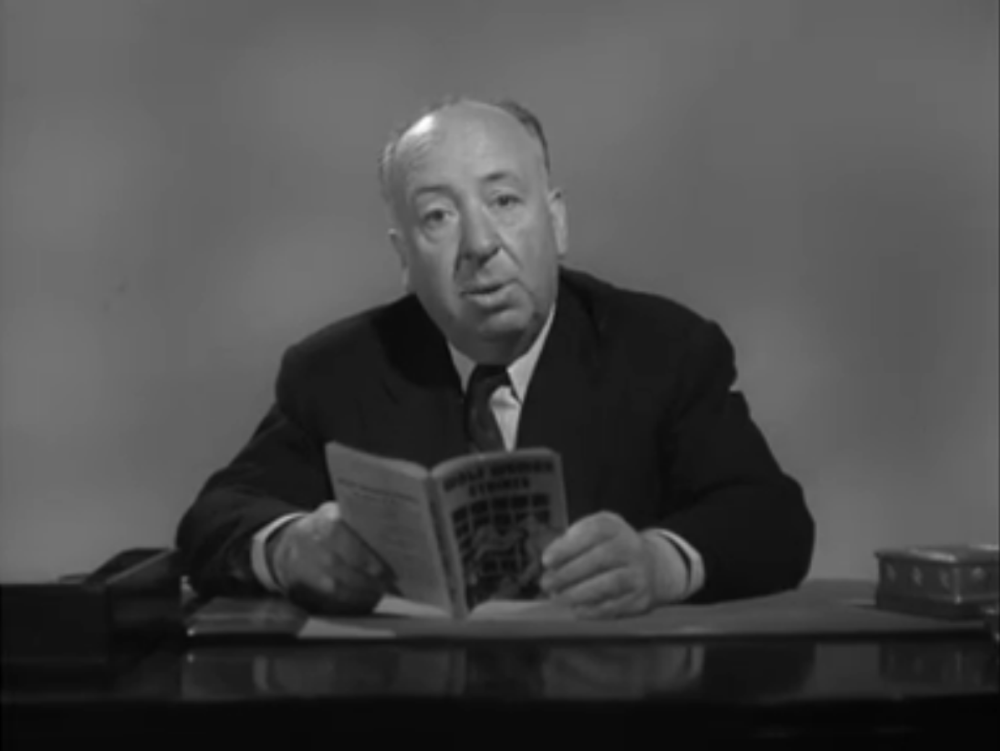 However, it’s not only a technique and structural focus. The first topic I thought of and will likely examine, with what I have access to are the Hitchcock-directed episodes of Alfred Hitchcock Presents. There will be other topics to examine, other specific shows, but I won’t be tiresome in listing them here.

Essentially, any other medium in relation to cinema is worth taking a look at. I’ve always viewed film as a culmination of all the other arts since the advent of sound. With the introduction of sound elements of theatre were further added, music was added as a permanently affixed appendage rather than a variable live element, through the ages an artist’s touch in framing and composition, be it in color or black and white, has been needed. As any new form of communication and/or artistic expression has come about, film has been challenged, however, it perseveres both by adapting itself and also by an eventual embracing and exchanging of ideas and symbiotic influence. It’s been illustrated before with the rise of radio and then with television, the internet is the next frontier, but that landscape is still a bit nebulous. Film is not yet truly threatened or totally changed, similarly those making content for YouTube and other such sites are progressing, pushing back and breaking through but, still being in process, the changes are not yet as evident.

Television being the middle child of “Threats to Film” has firmly established its foothold as a fixture, mostly due to its varied nature of content and usage, but on the entertainment side it remains vital. The last thing that bears saying is that the fallacious “which is better” arguement will not be found in this space – and considering the main focus of my site I doubt you want to read such an anti-climactic piece. As many similarities as I will find, and as many cases of shared influence I will illustrate both films and television work, or don’t, due to completely different reasons. If television is in a halcyon it’s certainly not due to the networks. It’s a bit like the major/indie dynamic in film. What’s pushing the envelope and advancing episodic visual storytelling is basic and prime cable original content.

The Hitchcock piece will likely be the first. I have a definitely viewing list for that and taking an auteurist approach and looking at a different kind of show is actually one of the better easier way to start such a comparative analysis. Stay tuned.