To put it in its simplest terms this piece is my best attempt to keep myself and my BAM Awards process honest. What this means is that if I had a legitimate opportunity to see a film in 2012, but for whatever reason it falls through the cracks, its review ends up here, rather than rolling over into 2013. There have been some good films that have appeared here in the past and I have found a home for them after all. For a guide to what these ratings mean go here.

This is the kind of film that looks pretty good based on the trailer, but I’ll admit I didn’t rush out to see despite the fact that this film boasts the brilliant move of using Werner Herzog as its villain. My reaction to the trailer was that it seemed like those bits would be the highlights. It does, however, expound upon that with good action sequences and an intriguing web of mystery that’s well executed in visual and cinematic terms. It’s another winning project for Tom Cruise, who remains one of the few actors who can consistently find star vehicles that work on a narrative, financial and aesthetic level. 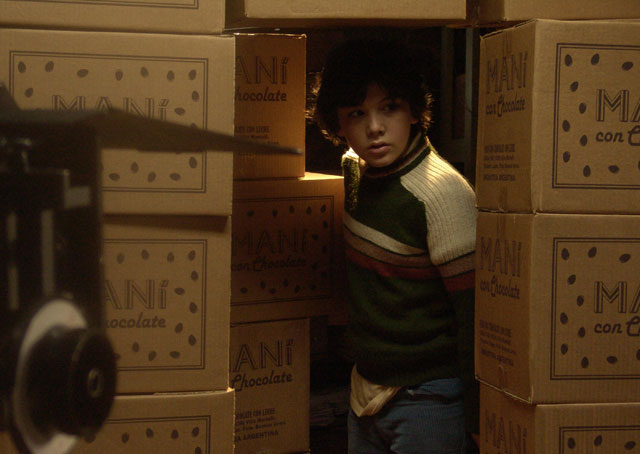 At the risk of sounding like a broken record, for I mentioned this when I reviewed Teddy Bear, not only do I truly enjoy the fact that Film Movement pairs a short film with its feature, but whenever possible its by the same director, and on occasion the short that inspired the feature. Here that is the case and it’s interesting inasmuch as the short serves as a springboard to the feature rather than just being expounded upon. The film is very well-shot with creative use of color and effective lighting throughout. It illuminates the oppressive atmosphere rebels in Argentina faced living under the regime of the late-70s/early 80s with human characters, humor and sensitivity. It’s not a wonder that Avila’s first feature earned him a spot at the Director’s Fortnight in Cannes.

Out of all the films that will likely end up appearing in this post before it peters out, this one was the most lamentable. This past year was the first time I that I jotted down a list of films I wanted to see before the year was out in order to create my lists and awards. This was the only one left on the the outside looking in.

All that aside, be it my awards, the Oscars or anything else, the film still stands and should be seen. The film has a very smooth and even flow, such that the climactic sequence feels like it may be a prelude of false hope. On the technical end the film is a small marvel, not only in terms of effects work but also in terms of sound design and scoring. That’s before you get to the narrative and the performances. There’s a wonderful, pitch-perfect cameo, which is as much as I will say. As for the leads: Ewan McGregor’s work in one particular scene is likely the best moment of his career to date, and he’ll have many more to come, Naomi Watts is brilliant and all her accolades for the film are more than deserved. Most critical is the involvement of Tom Holland. He’s the audience’s bridge to the narrative, we divide time between his mother’s plight and father’s search, and he shoulders much of the burden and has a star-making turn that out not be drowned out in the award season buzz and should be seen.

Perhaps the best thing one can say about this film is that its impact as a piece of cinema is not immediately felt because it really is a harrowing and intimate portrait of a tragedy, and all that credit goes to director J.A. Bayona. The tonality of the film never wavers in its intent so it for the most part continues to feel like an account of an event rather than fiction. It never really feels over-dramatized or sensationalized, it’s real enough such that it’s engaging if not entertaining in the traditional sense.

Essentially part of the criteria for falling through the cracks in one year is cognizance. The release date on video for this film was 12/31, which made it a tough one to acquire and view before the end of the year.

This film reaches an honorable and rare duality of being a sequel that one could watch without having seen its predecessor and that continues the trajectory of a series properly. This sequel builds upon its own vampire myth, which is one whose origin is genetic rather than viral. What this film does infinitely better than its predecessor is build mystery, and suspense but also has reveals and significant plot points at a persistent pace. The necessary information, both new and old, is relayed quickly enough such that the raising of stakes happens early and often. You also have here a rather unusual paradigm wherein humanity is the outside world and you’re purely in a vampiric world. What The Thompsons does is firmly establish a foothold for the Buthcer Brothers concept in the genre, one that should be supported by those who like seeing new takes on old creatures, and specifically, want vampires to be brutal.