One a recent episode of Jessie a faux Danish arthouse film was mentioned in passing. It was called Cries of Ice and Pain and elicited from me one of the few genuine laughs that show can ever get. However, it did bring to mind that there are quite a few fake movie titles mentioned or chronicled either in a film or on TV shows that are funny and in some cases that I’d want to see.

What I will list below are just the five most outstanding examples that come directly to mind. I’m sure I like many others, and as I’ve said before no list is ever complete, and I’d welcome additions to this list and other suggestions.

I have a long history with Day for Night. Since I first saw the film I have watched it anew on the eve of every new production I’ve directed. While Day for Night is about the production of the aforementioned film there are but fragmentary glimpses of what the film actually is. However, there is enough information that would make it an enticing view. It may seem, in terms of the synopsis we get, to be a plain film, but the scenes viewed suggest otherwise. 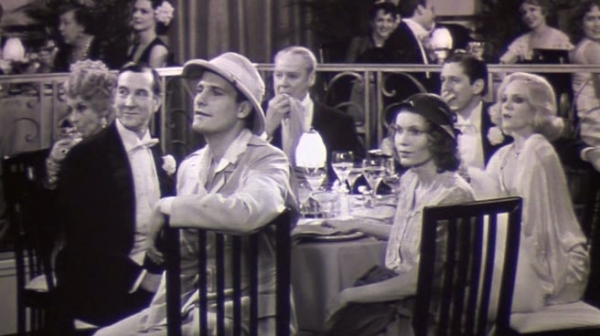 Woody Allen’s faux film may be eponymous with the one he actually created. However, Allen beautifully and lovingly created Golden Age touchstones that made Farrow’s character’s obsession strike very true. While I personally, based on what is shown, may not have become obsessed with the tale, I could if a whole existed and I admire it for inducing such passion.

When dealing with faux films that are conveyed through faux trailers there are quite a few options one could consider. The bumps at the beginning of Tropic Thunder being quite memorable. However, if my wanting to see the film is a criteria, and is that an accurate rendition of a trailer style is also, then I must include Edgar Wright’s Don’t from Grindhouse. It not only emulates trailers of a certain era, but is also a hilarious send-up of the horror genre. For what else do people yell out at characters more than “Don’t…”?

The Pain and the Yearning on Seinfeld 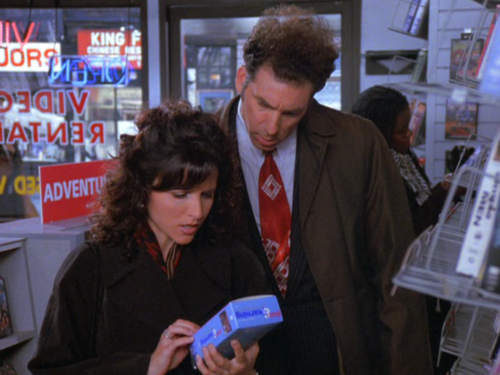 The faux title that was the genesis for this post in all likelihood owes a debt to this Seinfeld faux film. I highly doubt there was a sitcom ever that created a vaster array of fake films than did Seinfeld. As with all things Seinfeld, the films are quite memorable, such as the tagline from Death Blow, or the climactic moment in Cry, Cry Again that is taped over with Elaine’s awkward, spastic dance. The amazing thing is we never see these films at all. In this episode we see video tape boxes, on occasion one sheets, and this is as close to seeing the film we ever get. It’s mostly about voice acting, scoring and the dialogue the main characters have about the film. What made me choose this one is that the one-line synopsis Elaine reads is “An old woman experiences pain and yearning,” which is a hilarious send up of the vague synopses some film have, particularly art films that are harder to summarize.

The Foot from Diary of a Wimpy Kid: Rodrick Rules 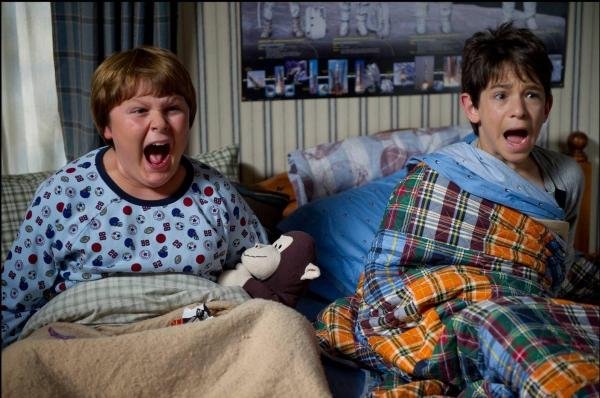 One very old trope by now is: kids, without their parent or guardian knowing, watch a horror film and are terrified for the rest of the night. They subsequently cannot sleep and/or get paranoid about everything. Perhaps the best twist on this I’ve seen is The Foot in Diary of a Wimpy Kid 2 because the film they watch is highly ridiculous, but then they’re scared by it making an old hat routine much funnier than it normally is.

As mentioned before there are likely many other ideas that could’ve been on here. I’d be gladly reminded of some.