If you followed this link I know what you’re likely thinking: How many actors have been awarded Oscars that both not in a competitive category (meaning there were no nominations announced), and also not honored in a Lifetime fashion. It’s true there aren’t too many, but they are worth noting.

For each honoree I’ve included the Academy’s official blurb where available, and

For your edification here are the Honorary Oscars that are for an actors’ body of work over the course of their career:

Is this the closest the Academy will get to acknowledging stunt performers?

AMPAS Governors Awards: Given ‘For a lifetime’s worth of indelible screen characters’.

In recognition of her central place in the Golden Age of motion pictures.

Whose remarkable talents have provided cinema history with some of its most memorable characters. (Oscar statuette)

For his extraordinary performances and unique presence on the screen and for representing the industry with dignity, style and intelligence. (Oscar statuette)

For 50 years as a creative and moral force in the motion picture community.

An artist of impeccable grace and beauty, a dedicated actress whose motion picture career has always stood for perfection, discipline and elegance.

[Immortalized since my childhood in Brazilian singer/songwriter Rita Lee’s “Flagra.” Lyrics and audio can be found here, translations can be done on engines. ]

For a career rich with memorable performances that has added permanent luster to our art form.

In recognition of her extraordinary qualities both on screen and off, with appreciation for a lifetime’s worth of indelible performances. (Oscar statuette) – Myrna Loy was not present at the awards ceremony. She gave her acceptance speech live via satellite from her Manhattan apartment.

For his unique artistry and his distinguished service to the profession of acting.

In recognition of his many and memorable and compelling screen performances and for his personal integrity and dedication to his craft.

Paul Newman was not present at the awards ceremony. He gave his acceptance speech via satellite from Chicago.

For his fifty years of memorable performances,, for his high ideals both on and off the screen, with respect and affection of his colleagues.

In recognition of his 50 years of versatility in a variety of memorable film performances.

For superlative creativity and unique contribution to the art of screen acting.

The consummate actor, in recognition of his brilliant accomplishments and enduring contribution to the art of motion pictures.

For the full body of his work, for the unique achievements of his entire career and his lifetime of contribution to the art of film. 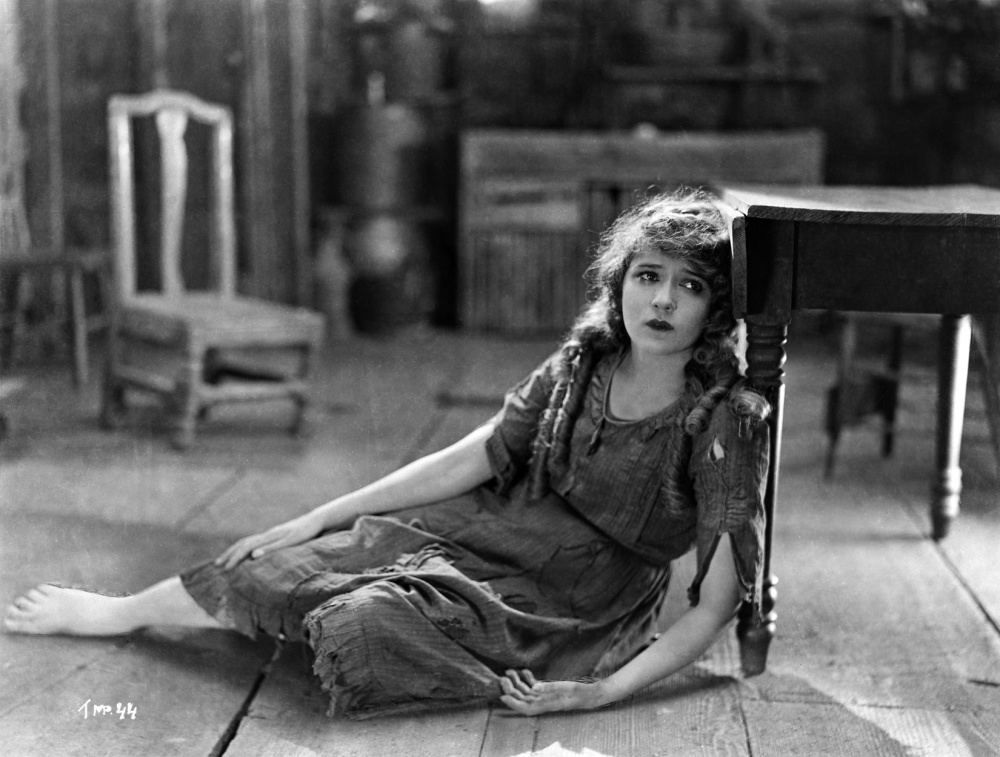 In recognition of her unique contributions to the film industry and the development of film as an artistic medium.

Mary Pickford was not present at the awards ceremony. The presentation was made at her Pickfair estate and taped for inclusion in the broadcast.

In recognition of his brilliant creativity and for the unequaled achievements of the Marx Brothers in the art of motion picture comedy.

Who achieved greatness as a player, a patron of the arts, and a dedicated citizen … in sum, a Renaissance man. From his friends in the industry he loves.

Posthumously. Robinson died 2 months before the ceremony, after the award was voted on. His widow Jane Robinson accepted the award on his behalf.

For the incalculable effect he has had in making motion pictures the art form of this century.

For superlative artistry and versatility in the creation of motion pictures.

For superlative artistry and versatility in the creation of motion pictures.

Orson Welles was not present at the awards ceremony. His acceptance speech was pre-recorded.

For his unique mastery of the art of screen acting with the respect and affection of his colleagues.

For unique and distinguished service to our industry and the Academy (gold medal).

[The fourth time Hope was honored is the only one in which it seems to be for the whole of his career.

For his many memorable screen performances and the international recognition he, as an individual, has gained for the motion picture industry.

Gary Cooper could not attend the awards ceremony. James Stewart accepted the award on his behalf.

For his creative pioneering in the field of cinema comedy. Stan Laurel was not present at the awards ceremony. Presenter Danny Kaye accepted the award on his behalf.

For his unique talents which brought immortal comedies to the screen.

For his contributions to the world of entertainment for more than half a century.

For distinguished service to the film industry.

For his unique talents, his service to the Academy, the motion picture industry, and the American people.

For her unforgettable screen performances. Greta Garbo was not present at the ceremony. Nancy Kelly accepted the award on her behalf.

For his contribution to the laughter of the world, his service to the motion picture industry, and his devotion to the American premise.

[Number three. Since it cites the Motion Picture industry I do not cite it as an award for other services.]

For his contribution to the laughter of the world, his service to the motion picture industry, and his devotion to the American premise.

In appreciation of his versatility as an actor, singer, director and dancer, and specifically for his brilliant achievements in the art of choreography on film.

For distinguished service to the motion picture industry.

For his unique artistry and his contributions to the technique of musical pictures.

Actors Awarded for Other Endeavors 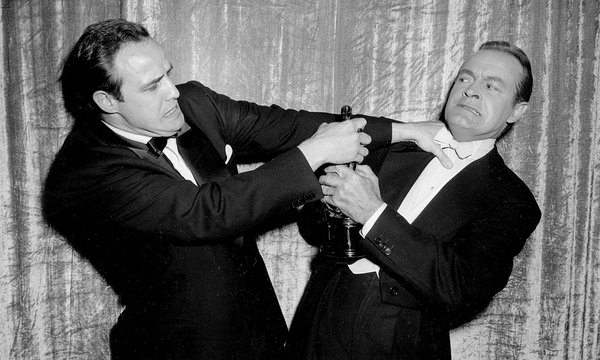 There have been many cases where Honorary Awards have been specifically given to actors for work not onscreen. Here are those instances with the Academy’s blurb for each. When necessary I have expounded on them:

For his many services to the Academy (Life Membership in the AMPAS).

[Did hosting apply to this too?]

For his progressive cultural achievement in establishing the French Research Foundation in Los Angeles as a source of reference (certificate).

In recognition of his unselfish services to the motion picture industry (special silver plaque). 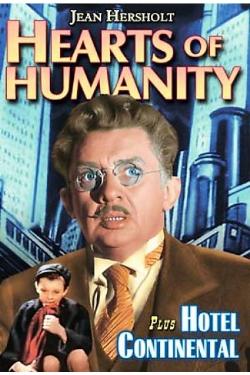 Acknowledging the outstanding services to the industry during the past year of the Motion Picture Relief Fund and its progressive leadership
(plaque).

Recognizing the unique and outstanding contribution of Douglas Fairbanks, first president of the Academy, to the international development of the motion picture (Commemorative Award).

[Ventriloquism is performance, but since this award is for the creation of a character I consider it “another” contribution.] 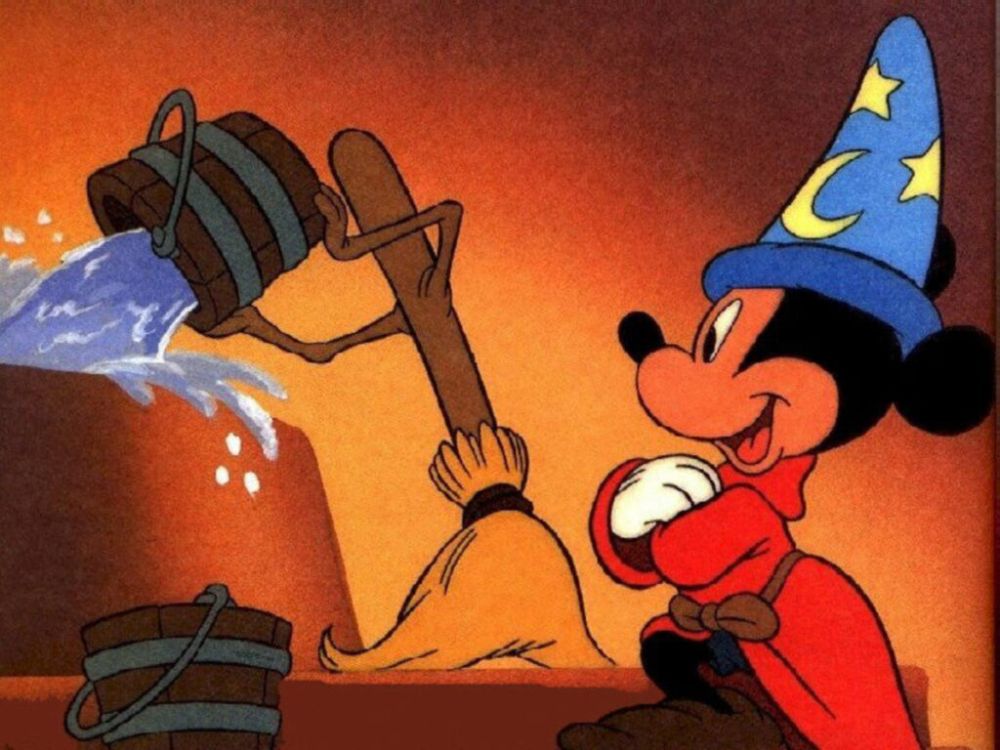 For the creation of Mickey Mouse.

[Walt Disney received quite a few custom-created Oscars. This one I consider as an actor for another endeavor because he did start of drawing and voicing Mickey aside for conceptualizing him. Disney’s renown is justly more for producing and his creative/business acumen, but it did all start with a mouse which he was the driving force behind].

OK, now that we got the standards and the oddities out of the way we can discuss briefly the two single-performance Honorary Oscars ever. They are rare and each have their own unique circumstances.

Song of the South: James Baskett

For his able and heart-warming characterization of Uncle Remus, friend and story teller to the children of the world, in Walt Disney’s Song of the South.

[Here I go talking about Song of the South again, I knew this was going to overlap here when I planned it.

Essentially this is the Academy taking up the idea after Disney’s urging. Baskett sadly died a most untimely death of heart failure shortly after his being awarded the Oscar.

For versatility and genius in acting, writing, directing and producing The Circus.

Though nominated for best actor, the academy decided to remove Chaplin’s name from the competitive classes and instead award him a Special Award.

As I will look at in the defunct categories post when snubs come around thing were a lot different in the early days before the Academy gained prestige and standard operating procedures. Even though the blurb for Chaplin’s honorary award reads very complimentary between the lines it does seem to read like: “You were going to embarrass everyone, Charles, here’s an award now let’s all give some other folks a chance.” Whether personal, actual or business politics came into play I’m sure will never be confirmed, but it’s really one of the most head-scratcing decisions ever on the surface. We’re going to un-nominate you and give you an Oscar then re-award Best Actor of 1929. Weird to say the least. Not only were the Oscars new but the industry was in flux. Silent versus Talkies may have played into it as well.

Chaplin, of course, would go on to win another Honorary Award after long leaving the US, and again when Limelight made its way across the Atlantic after 20 years.

Anyone with further information on the Chaplin oddity, please do add some. Thank you. Next week I will discuss the short-lived and otherwise defunct Oscar Categories in the Snubs theme. I hope this was an enjoyable one even with the long lead-in citing conventional Honorary Winners.