As it turned out this post also was a bit more involved than I initially realized before I embarked on it for the 31 Days of Oscar blogathon.

The idea of the post was to briefly talk about the handful of men who have won Best Director despite the fact they were better known as actors for most of their career. However, the desire to be a completist, and investigating gray areas makes the list a bit longer than initially realized. All of these directors deserve some mention. So I will discuss them all and delineate the tiers they appear in.

Essentially, the fact-checking for this post was done by checking filmographies of Best Director winners. Directors who had only walk-on, cameo or “Find Hitch” type appearances do not qualify. To be mentioned by name the directors needed to: A) Have won Best Director B) Have not been awarded as an actor C) Have had acting credits prior to directing credits.

Now there are levels of notoriety and role which is why many of the directors deserve mention but aren’t necessarily in the same echelon as one another. 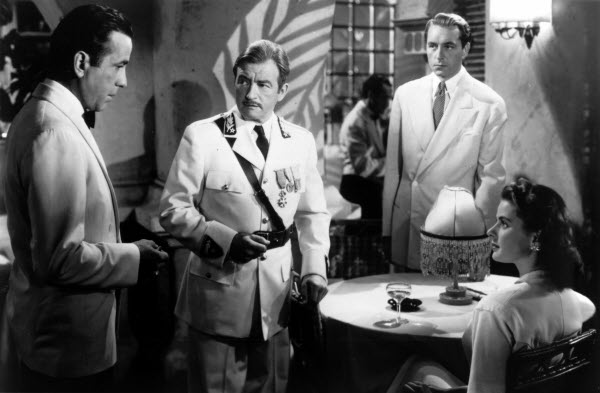 Michael Curtiz (won for Casablanca) acted in the first short he directed in Hungary (credited as Kertész Mihály) and other silent shorts. He never truly established himself as an actor though. 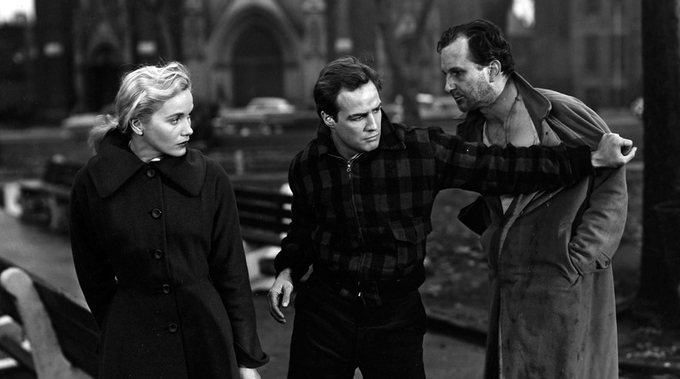 Elia Kazan (won for Gentleman’s Agreement and On the Waterfront) again bears mentioning since he has a screen credit before a directing one, but does not rate as highly as the next level.

Started as Actors, but Are More Well-Known as Directors 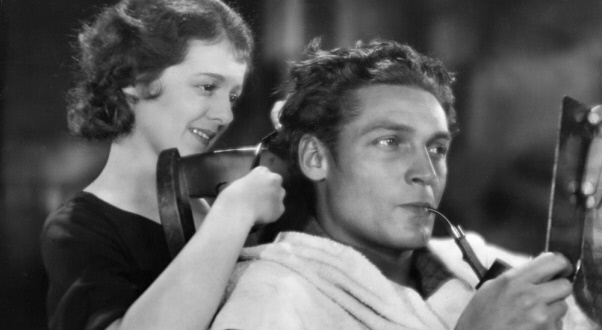 Frank Borzage (won for 7th Heaven and Bad Girl) is borderline only because his first acting credit and directorial credit were the same film The Mystery of Yellow Aster Mine in 1913. Borzage’s 113 credits from 1913-1957 certainly include him in the company of thespians even if not a leading-man type. 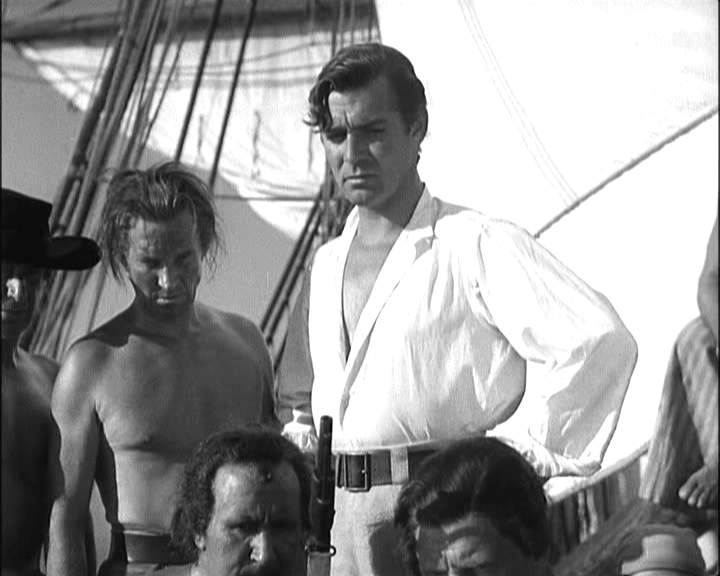 Frank Lloyd (won for The Divine Lady, Cavalcade and Mutiny on the Bounty) definitely has enough credits 63, but most of them were silent shorts. However, these is a bit of longevity (through 1955) that it does bear mentioning. 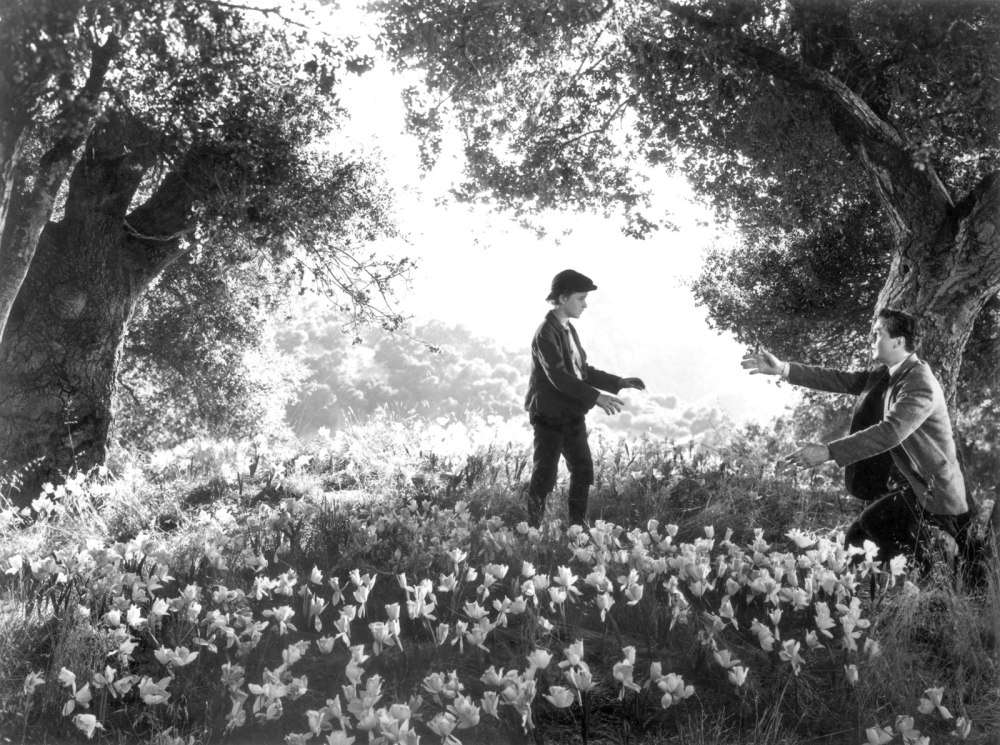 John Ford (won for The Informer, The Grapes of Wrath, How Green Was My Valley and The Quiet Man) had 22 acting credits between 1913-1917 as Jack Ford. That was brief and before the Oscars, but he did clearly start as an actor first. 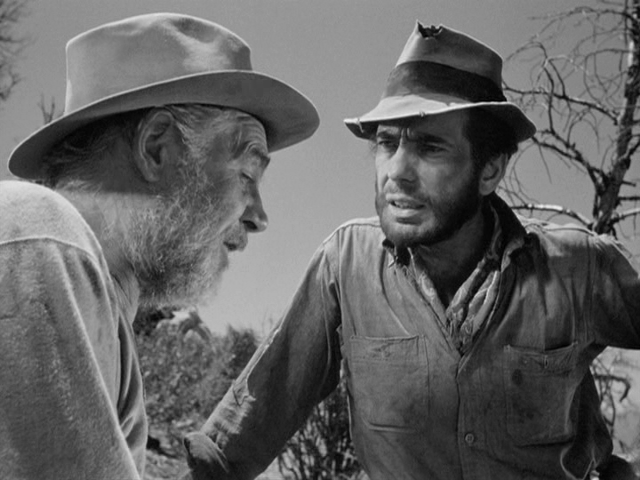 John Huston (won for Treasure of the Sierra Madre) -Many credits and many before directorial debut starting in a 1929 short, but his notoriety behind the camera was always higher despite some high-profile onscreen appearances like playing Noah in The Bible: In the Beginning…

George Stevens (won for Giant and A Place in the Sun) bears mentioning simply because he has two silent credits The Tigress (1915) and Whispers (1920), but he was clearly a director more so than an actor. 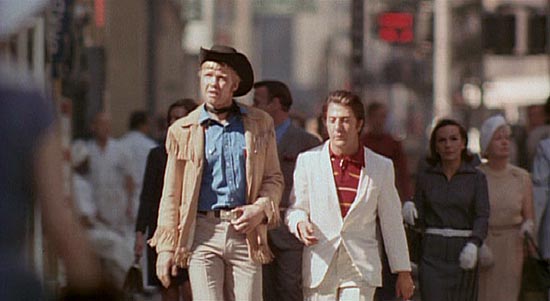 John Schlesinger (Won for Midnight Cowboy) had credits as characters, mostly on TV before directing for the first time. 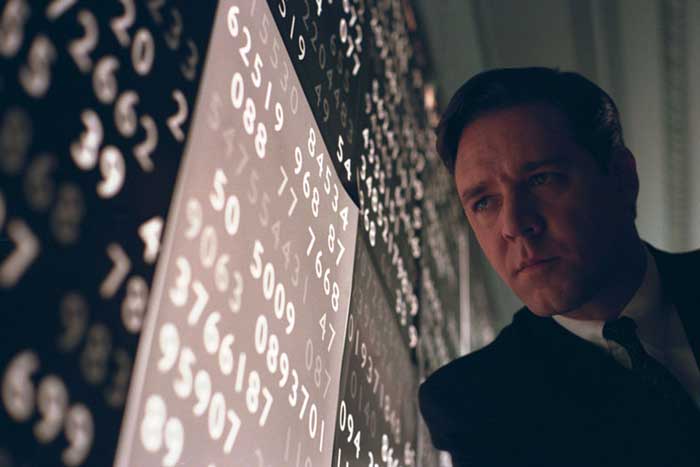 Ron Howard (Won for A Beautiful Mind) this categorization is generationally sensitive. Yes, I’ve seen The Andy Griffith Show and Howard’s other work as a young actor. Aside from making the occasional appearance Ron Howard has not kept up consistent onscreen appearances enough for me to consider him someone who has always done both. He has been directing features since 1982 so I consider him officially transitioned, especially considering he has helmed one of my all-time favorites Parenthood.

Has Always Done Both 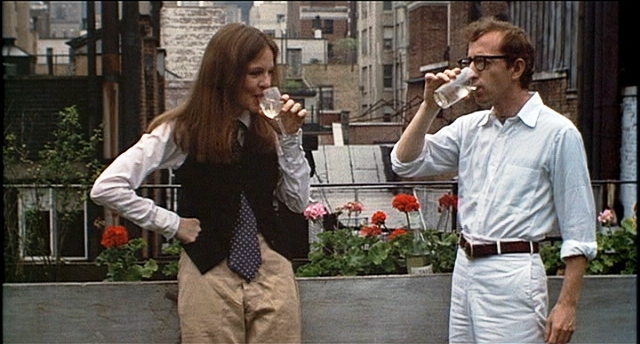 Woody Allen (won Best Director for Annie Hall) made his acting, writing and directorial debut in What’s New Pussycat. While he’s not quite Orson Welles in this regard (I’ve always felt that Woody Allen was a bit under-appreciated as an actor). Yes, he rarely works someone else’s material, and has a very specific type, and limited range, but so do other people. 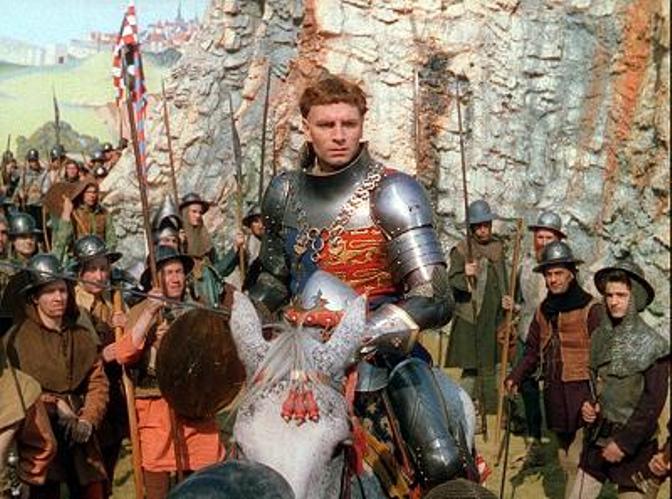 Laurence Olivier amazingly never won a competitive Oscar. In 1947 he won an honorary prize that cited all his work on Henry V:

For his outstanding achievement as actor, producer and director in bringing ‘Henry V’ to the screen.

More Well-Known as Actors but Won as Directors 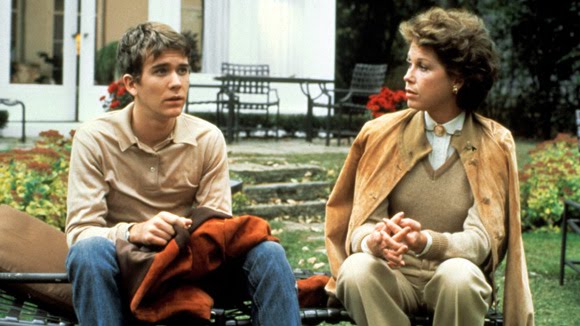 Robert Redford (Won for Ordinary People): his prowess as an actor is not debatable. However, Redford only ever has received one Best Actor nomination. His Oscar wins have been honorary and for directing. 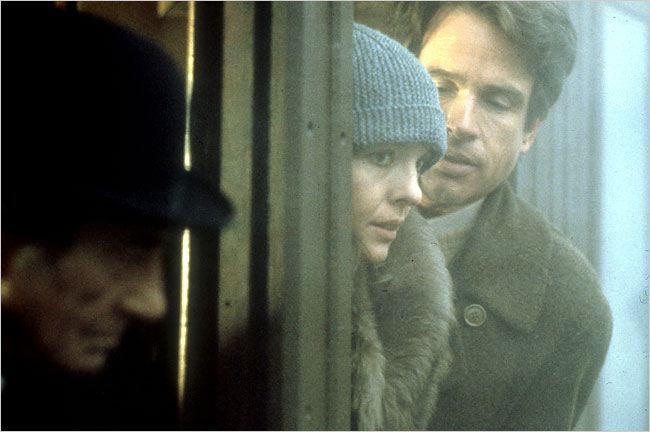 Warren Beatty (Won for Reds) has been nominated three times as an actor. He’s directed and written a number of films but is likely best known as an actor. Beatty’s only hardware from the Academy came behind the camera. 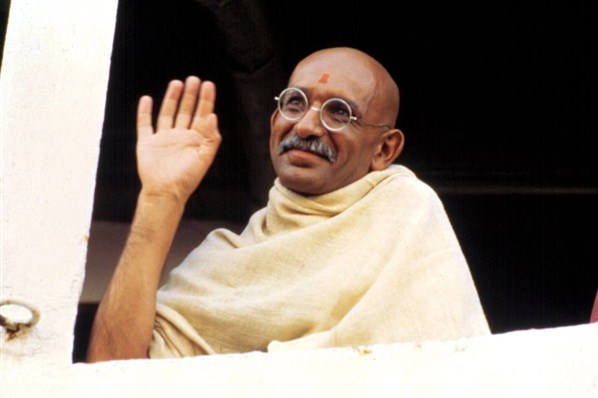 Richard Attenborough (Won for Gandhi) had his first screen credit in 1943. His directorial debut came in 1969. There are other standouts in his resume as a director (A Bridge Too Far, A Chorus Line, Chaplin, Shadowlands) but I think most casual film fans likely know him best for his appearance in Jurassic Park, which is why I included him in this section. 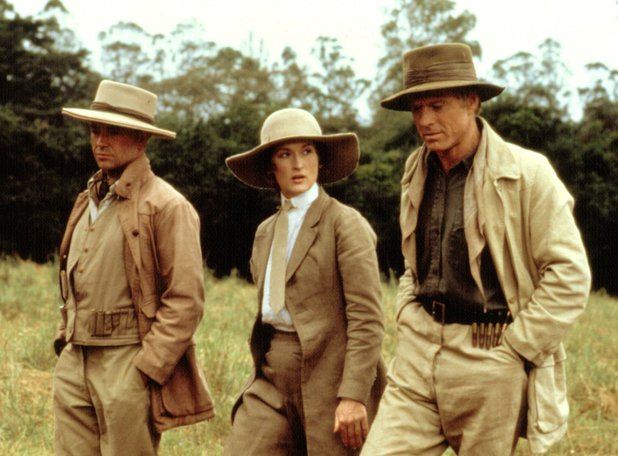 Sydney Pollack (Won for Out of Africa) his first credit was on TV in 1956 and his first directing credit came in 1961. I do recall seeing him in many things, which is why I include him here even though he was never an award threat like some legends on this list.

Kevin Costner (Won for Dances with Wolves) Costner now on a comeback trail in recent years was always more synonymous with acting and movie-stardom. However, that’s not to say he’s never had award-caliber performances. JFK comes immediately to mind. However, it was for his fashioning of a film behind the scenes that he received an Oscar. 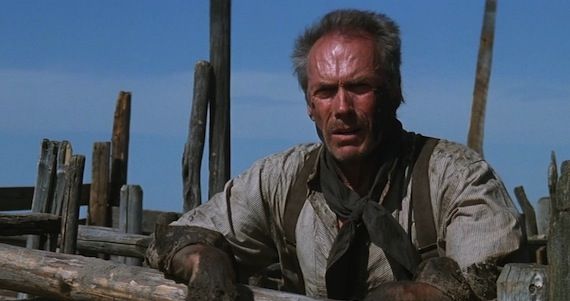 Clint Eastwood (Won for Unforgiven and Million Dollar Baby) at this point in his long an illustrious career it’s hard to say if Eastwood is more known as a director or actor. It may be, like many, a generationally-dependent answer. Eastwood in essence helped redefine the Western genre and give it new life and that’s outside of Dirty Harry films and some departures like Honkytonk Man so it is mildly surprising his first statuette came behind the camera. 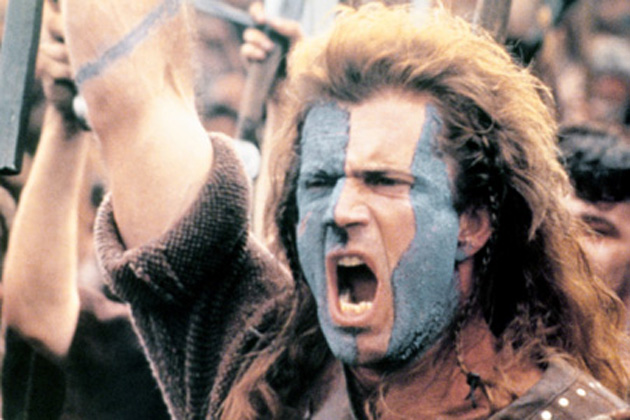 Mel Gibson (Won for Bravehart) Gibson came on to the scene in an Oscar-nominated film (A Year of Living Dangerously) and was one of the biggest stars of the 1980s and into the 1990s. His directorial resume is more accomplished than Costner’s but like Costner he first won as a director. His acceptance speech where he joked “What I really want to do now is act,” is largely responsible for my writing this post. 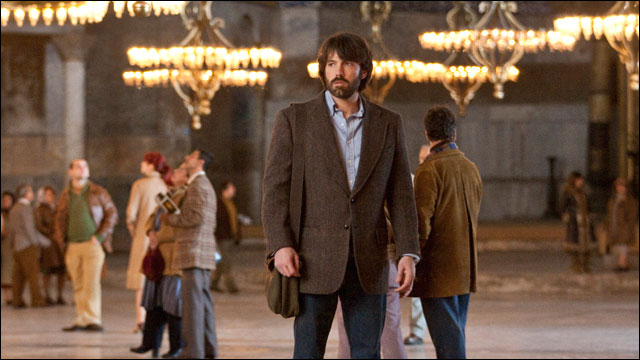 Ben Affleck (Won for Argo) here’s an interesting one. Affleck came on the scene as one of the co-writers and co-stars of Good Will Hunting. His acting career has been a bit more up-and-down than Matt Damon’s in terms of successes and perception. However, he has been the one who had a career behind the camera (writing and directing) take off. Affleck is now rebounding as an actor as well and has had enough notable onscreen appearance that I think of him as an actor first even though he is highly accomplished and capable on the other side.

Oscar’s at times curious desire to award well-liked actors in other capacities will likely not end soon and it is interesting to consider where they have already done so.