Der Bunker is a film that almost needs to be seen to be conveyed but here goes nothing; I will begin by quoting the great John Waters in saying “Get more out of life. See a fucked up movie.” This one definitely fits the bill, and not just because the Blu-ray features a pull quote that alludes to Waters.

Der Bunker tells the story of a German family who live in a bunker. It begins with a Student, who goes solely by that moniker (Pit Bukowski), who is seeking a rental that affords him solitude to do his scientific research, which is just barely more tangible than things volunteered by Bergman in Scenes from a Marriage or Tarkovsky in Stalker. Quite quickly Mother (Oona von Maydell) and Father (David Scheller) rope him in to taking over the homeschooling duties for their man-child Klaus (David Fripan) whom they have designs on making the future President of the United States. His haircut, comportment, and lack of geographical knowledge vaguely allude to slightly more ludicrous real life candidate.

The labeling of the characters rather than worrying about them having actual names is certainly a fairy tale trope that fits in to the absurdist tone that the film seeks to establish. Further plot details will be spared lest all the fucked-upness is spoiled for you, however, I can advise those who would venture to see this comedy that they should definitely expect the unexpected and soon enough you’ll find yourself understanding the odd rhythm of this world. 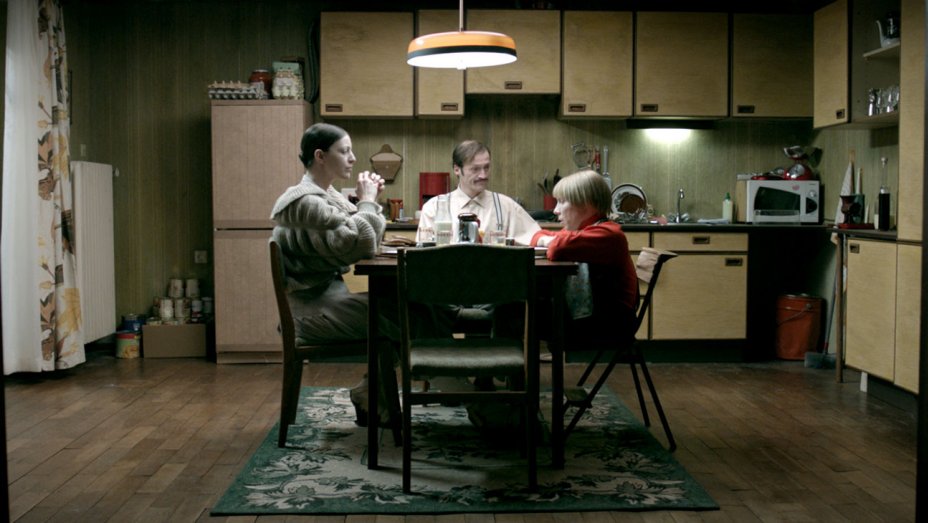 It’s one of the first films in a while that have really brought to mind the eternal conundrum which is: “What exactly is good taste and bad taste?” The film goes to there so to speak and is not overly concerned with explication but more so with revelation in stages of a curious world.

The comedy of the film works in simple examples. There are some book titles read where we see what the parents have tried to teach Klaus in the past. The Student observing a lesson noted that he can’t even memorize capitals so more profound things like “What is being?” will have to wait.

Nothing this off-the-wall has no chance of working if the cast is in anyway off, and most crucial in that function is the casting of Klaus. It is quite simply unimaginable that any one but David Fripan could have made this film in anyway believable. In many ways it’s a stroke of casting fortune akin to David Bennent in The Tin Drum. This does not detract from how well the other cast members perform but he clearly is the most pivotal.

Der Bunker is a comedy that’s great for a laugh but it is of the far-too-rare variety in this day and age that makes you think as well.