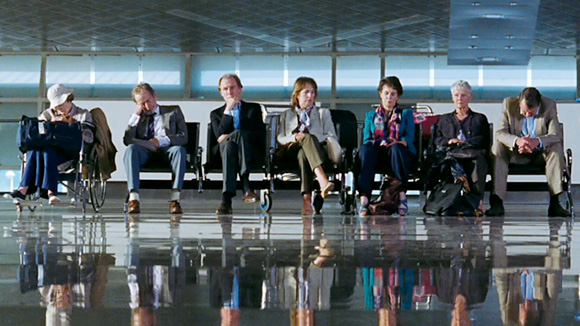 The Best Exotic Marigold Hotel is a cautionary tale, in the best way possible, and part of why I love the year-end sprint to catch up on releases of the year. Towards the end of the year, I get a little less finicky about selections and just watch things, not just to be adventurous but admittedly to bolster the BAM qualifiers. This may all sound quite underwhelming but the impetus to see this film was really a personal recommendation.

I knew of the film but frankly the trailer and all other marketing elements didn’t sell the film. What looked at the outset a rather myopically comedic tale turns out to be, in reality, a wide-ranging inclusive, heart-warming, bittersweet, charming and funny film; in short, one of the more well-rounded experiences.

The character’s narrative threads which start out very disparate reminded me in some ways of Love, Actually but with more interweaving and less contrivance to get things linked up. There is a general emotional over-current that makes this true also, not just some similar cast members.

Through the natural functioning of the narrative there is ample room, which is taken full advantage of, for commentary on myriad topics that is never extraneous, which adds to the enjoyment of the film.

One thing I can applaud the marketing of the film for is that it did leave many of the surprises of this tale in tact, and if you take this journey you will definitely be rewarded.