Boy 7 starts with title that introduces the world wherein the tale takes place, and it undoubtedly reduces the running time of this film somewhat. It’s a film that starts in medias res as the protagonist regains consciousness in a crowd and cannot remember a thing about himself, then before he has time to think on it at all he realizes he’s being pursued by authorities, and has no choice but to frantically run out of sheer instinct.

The film is set in a dystopian future in the Netherlands wherein the government takes absolute control of people’s lives owing to the great need they feel for safety they willingly sacrifice their freedoms.

Based on a novel by Mirjam Mous it features a number of familiar YA tropes, which can be good or bad depending upon your outlook on the genre. The book’s popularity is such that its spawned two adaptations produced in Europe and released last year.

One of the better aspects of a film dealing with a society that devalues individualism and strips these criminals of name entirely replacing them with a number as they are retrained, is that there is a small population in this world. The focus remains on Sam (Matthijs van de Sande Bakhuyzen) who seeks to piece together his past through a journal he wrote; Lara (Ella-June Henrard) whose memory he tries to jog with certain passages and Louis (Yannick Jozefzoon) who helps Sam in his plotting.

The score by Jorrit Kliejnen and Alexander Reumers is effective at underscoring the action and bringing the appropriate amount of tension to the proceedings. The edit is tight and brisk in technical terms but in story terms it seems to be a bit too abrupt and taut for its own good at the end and deadens the climax a bit.

The invariable links and comments that this futuristic tale makes between totalitarianism and corruption are valid, however, the balance between the macrocosmic and microcosmic insight is perilous at best. Much like the society it seeks to critique it lessens the individuals making theme mere pawns, archetypes that are supposed to engender interest and devotion by default because our plight would be theirs. 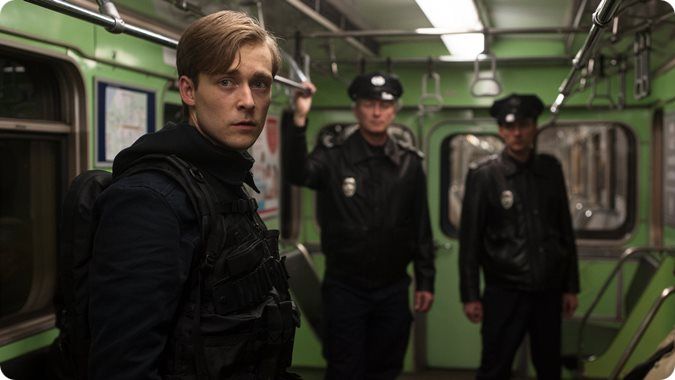 There are the bones for what is more than just a middling entrant into the YA pantheon here. Sadly, much like many of the films in this genre things get a bit too boiled down to reach maximum efficacy.