One of the most fallacious complaints in film fandom is the “we don’t need a remake of such and such.” When you look at such statements with merciless logic you realize we don’t technically need any movies. Modern man survived in excess of 1,800 years without them. Another piece of that logic is that a remake or sequel can somehow expunge the immutable. There’s an inherent inclination in humanity to embrace the current and the new, which I believe is why nostalgia exists, in part, because those old enough to remember different times want to embrace part of their experience.

Older films should be seen and studied but the societal emphasis on classicism is as archaic as classics themselves. Those with long cultural memories, longer than their time on Earth even, will always be a niche.

One way in which remakes can be of service is to update the imperfect, flawed, and terrible films of the past. This can be especially useful in adaptations, in which fans of the written work are over-sensitive or when the adaptation is truly painful. Here are the five Stephen King properties that could most benefit from a new take:

When I wrote a post about seeing the movie before reading the book I wrote this of Apt Pupil:

This story as written is outstanding. Yes, the cast remained the same but the story delves into the psychology of the situation in ways the film scarcely attempts. You should read it.

The Nazi/kid stand-off never gets the payoff here that it does in Singer’s take on X-Men. That’s a great motif that this movie hinges on, and it is kind of flat. As is the whole aside from Ian McKellan.

Not to mention that this particular film has with it two associations that make it distracting. The first being Bryan Singer’s first on-set controversy and the second being one in hindsight as its star, Brad Benfro, would die of a heroin overdose about 10 years later.
Gramma

When I heard that Gramma was going to be adapted into a feature length film, I wrote a whole post about it and performed a rare re-read. The cast was well in place and it had potential, but, as is too often the case when the premise was expanded and externalized things got a bit stupid towards the end, as evidenced by my review.

When taking those factors into consideration, it’s not a wonder I want there to be another go at this story, even though I find it unlikely that it’ll happen. 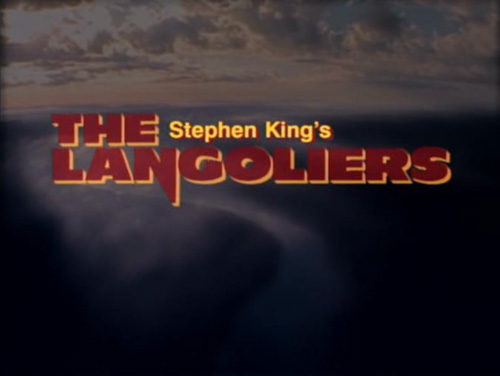 When I wrote a post about seeing the movie before reading the book I wrote this of The Langoliers:

Augmented by having seen it first in part because I love the mini-series up until the very end. It’s like King says, the story just falls into place so smoothly and that translates on to the page and the mini-series is great until one of the worst third act blunders, and effects shots ever.

It’s a lot to remake a whole mini-series for one shot but it’s literally all the movie is leading up to, and even by standards of when it was made the shot, was crap. Sure, Bronson Pinchot won’t really be replaced but the whole of the cast and the story may be upgraded by a fresh take and a shorter running time. 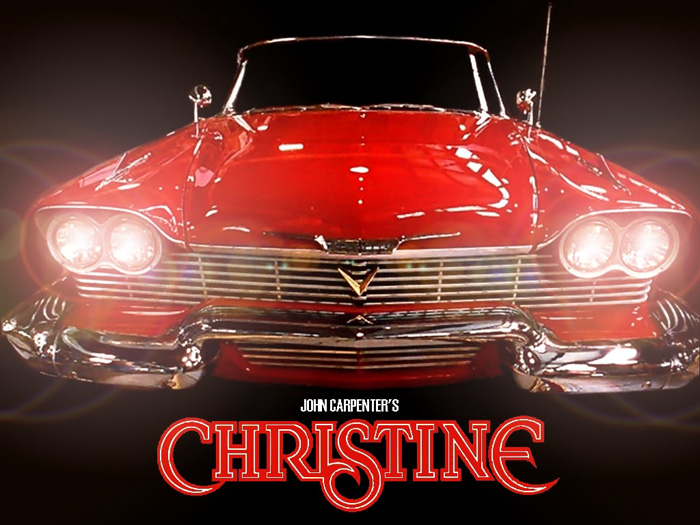 I had the honor of meeting John Carpenter at Monster-Mania when he went and I took this picture with him: 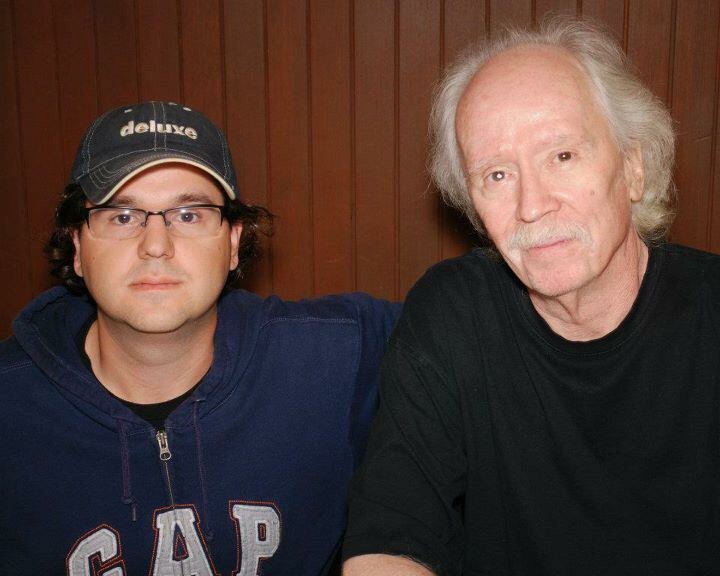 His Q & A panel was humorous, insightful, inspirational, and as appears to be the case with Carpenter when speaking very forthcoming. He confirmed what I suspected in my gut when I saw Christine. He was assigned the script, not quite knowing what it was, was disappointed it was about an evil car, but he took it because it was a job and he needed work. He never really liked the movie. And neither did I, not by a long shot. There wasn’t a hint of subtlety in Keith Gordon’s Arnie and the car as accurate and gorgeous as it was didn’t work on screen as it did in the book. A book wherein I was beside myself as I found it brilliant and captivating even while feeling the premise ludicrous, and it is until you read it. All the talent in the world won’t translate that intangible to the screen if you’re not chomping at the bit to transform that tale and it never saw an adaptation like that. 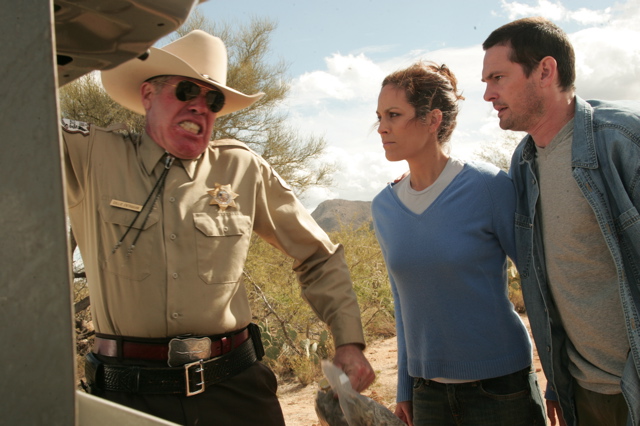 As mentioned in my Bachman books post, I’d love to see Desperation remade only for the fact that I’d love to see it and The Regulators come out as a tandem in a similar fashion to the books. As for the version of Desperation that exists I was surprised by how much I enjoyed Ron Perlman in the film, and I liked how humorous it was, though it read as more terrifying to me. The only true disservice in the writing of the screenplay is in its treatment of David Carver and his religious inclination.