Every so often over the years I’ve had occasion to award Special Jury Prizes for certain films for miscellaneous je nes sais quoi that can’t always be pigeonholed into one category. While I may be a jury of one I can will expand and give an additional award when I see fit. 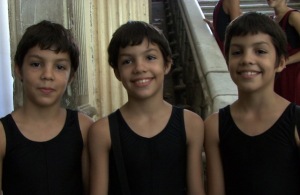 This year I decided against having a fully-fledged nomination process for Best Documentary owing to the fact that I just didn’t watch enough to warrant it. However, there were two that stood out that deserved special commendations. First, perhaps the most powerful film ESPN has produced for the 30 for 30 series: Hillsborough, which chronicles one of the most disastrous tragedy at a football (soccer) match ever and the fall out of it. Secondly, To Dance Like a Man which documents the training of three triplets in Cuba where ballet has a long standing tradition, where male dancers are renowned and prized. It’s also the film of the two that could be a call to action for young people watching that ballet does need them to be able to continue to thrive. 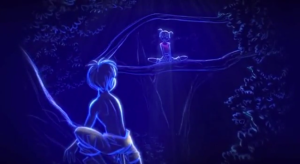 There usually is a short that I find during the year that is good enough to honor here. This year I will do so for one very special metamorphic piece of animation I previously featured on Short Film Saturday. It’s quite short yet the reaction it elicits is powerful and nearly immediate. Enjoy!