I had quite a review drought to end 2011 so I think the remedy for this kind of post would be to have the post be cumulative monthly. Therefore, after each qualifying film a short write-up will be added to the monthly post. The mini-reviews will be used to discuss Netflix and other home video screenings. Theatrical releases, regardless of how they are seen whether in an auditorium or on VOD, will get full reviews [That is when deemed necessary. As I wrote here I do want to focus more on non-review writing wherever possible].

Night Across the Street 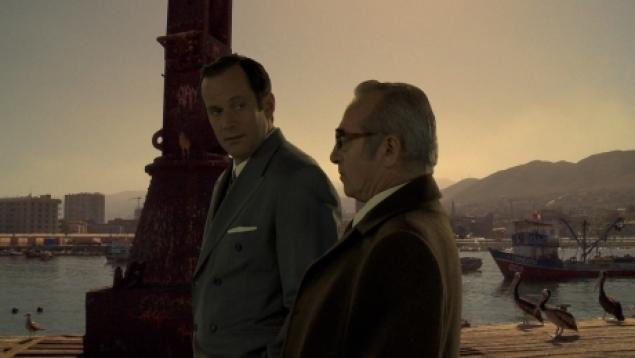 It can be most difficult to assign a numerical value to a film told in magical realism, which means you can pay less heed to the number assigned and more heed to what is said about the film. The reason it becomes difficult is that there are two interpretations you’re trying to quantify: your intellectual interpretation and your visceral one. These two interpretations of a film with more literal forms of cinema are virtually intertwined. With magical realism, or any other subgenre that ventures outside the norms or representative realities, it’s harder to gauge.

One can definitely take a symbolist approach to this film and try to devise a schema wherein the entirety of this film encapsulated in a dream, a hallucination or fancy. However, what bears noting is that this is the kind of film wherein there will be varying interpretations of plot points, symbols, uses of color, place, abuse of time, and all will be right, wrong and somewhere inbetween. The truth of the film and its meaning lies in the thematic basics of it, which is mainly that an old man on the brink of death is reflecting on his life and everything is coming back to him all at once, and is always there, and always will be.

That may sound cryptic but this is a film where, if you watch closely enough, you may even begin to doubt when certain events, like his impending death happened, or if they happened.

I cannot say it’s magical realism at its most accessible. It’s definitely one recommended for those with at least some grounding in it, as it is intentionally dizzying. However, for the most part the calculations in Ruiz’s final film add up. This film lends itself to re-viewing and analysis, and refuses to leave you disengaged and inactive, and will prompt debate, which are all great things for a film to do. It doesn’t do them impeccably, but it does them with a lot of style, great cinematography, effects and a unique editing language that I picked up on as it went along. 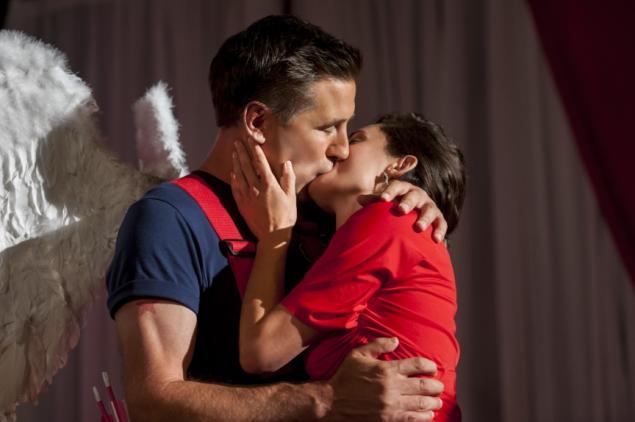 Yet again, the prerequisite comments that TV movies do count in my world and they have won awards and been nominated in the past in categories both flattering and dubious. Having said that, it doesn’t mean I didn’t venture into this holiday-themed romcom with some trepidation. However, what it does well is not only build its relationships well but it also doesn’t get contrived in adding necessary complications. It also rightly resolves its significant subplot of puppy love prior to the climax allowing that to proceed unfettered. It features good to strong performances from the whole most notably Lisa Berry, Natalie Brown and Christian Martyn. 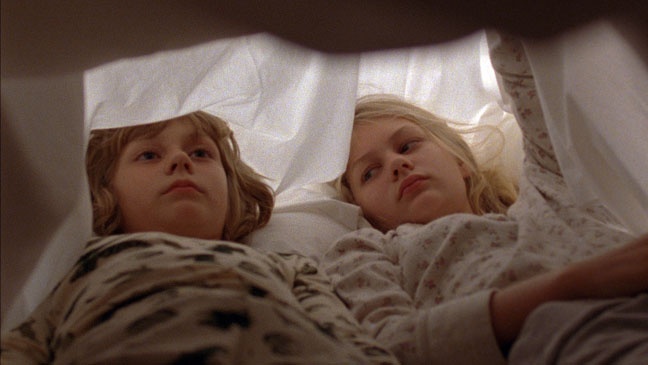 One of the greatest tools at a filmmaker’s disposal is their ability to manipulate time. I recall in one of my screenwriting courses we were asked how long, hypothetically, it would take in movie time to dispose of a murder victim. Answers varied. We were then shown what I believe was a 15 minute sequence in Blood Simple wherein a murder victim was stowed, transported and buried. There is no correct answer to the hypothetical question, what determines the answer is how intrinsic said activity is to the plot and the film as a whole.

This brings me to Arcadia which tells the tale of a father and moving with his children cross-country by car. There are a few things that are purposely nebulous throughout (what this job is, why their mother isn’t with them, what the nature of their temporary separation is) but the film get stretched out past its simple parameters with cutaways and b-roll to accentuate the passage of time a bit too effectively.

This film is a very good character study, that could plumb deeper depths sooner if it so chose too. It features standout performances by John Wilkes, who since Winter’s Bone has been cornering the market on meaty character work for male characters of his age and type; Ryan Simpkins who in smaller films, and of less frequency than she merits, is finding challenging roles and rising to the occasion as stoically, if not moreso, than Chloe Moretz; and her brother Ty Simpkins, in an example of casting real life siblings working brilliantly, he frequently steals scenes both of comedic and dramatic nature. Yet, these performances, and the plot they operate within, don’t have the impact they could in the end because of the drag of time this film consciously implements. Verisimilitude can be a great thing, and emotionally the ebb and flow makes sense, however, a quicker, more violent storm likely would’ve made as much sense, and carried significantly more weight.

What will stay with me from this film is the outstanding, dynamic performances of the Simpkins siblings, and how I wish the overall experience was as electric as their work in it. 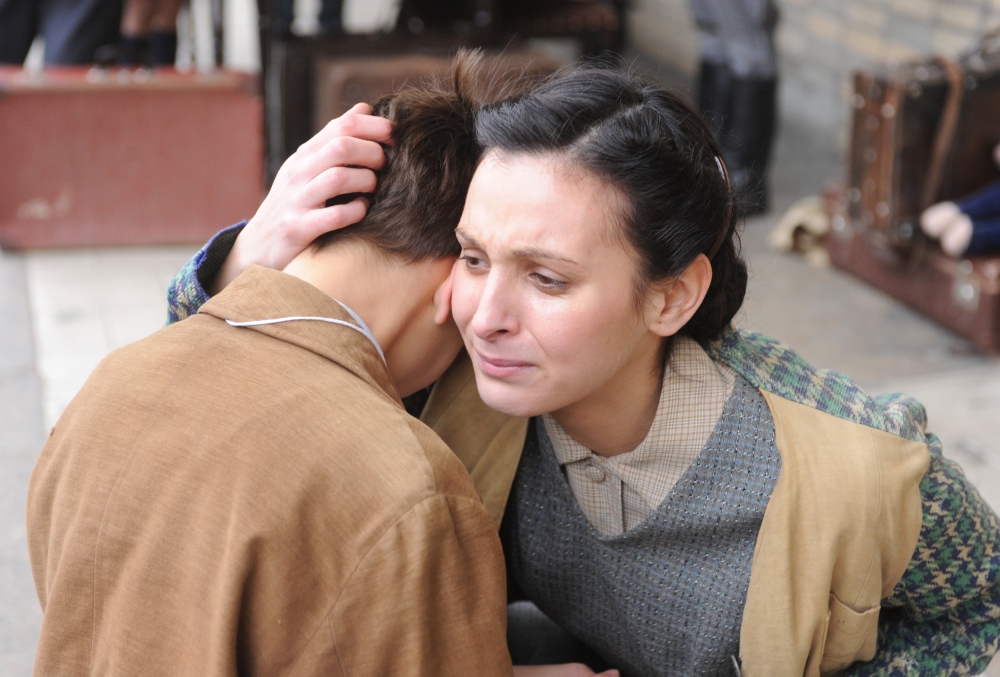 In this documentary, which also includes dramatizations that are thankfully usually silent, the tale of a British businessman, Sir Nicholas Winton, who took it upon himself to organize the Kindertransport program, which evacuated hundreds of children out of Czechoslovakia prior to World War II and the transport of Czechoslovakian Jews, Slavs and Gypsies to concentration camps, is told. However, as the title suggests how Winton came to be inspired to do so, what he had to do and how is only a part of the tale. The film also tells of how the story became more widely known and some of what the survivors went through both as Nazi Germany annexed the Sudetenland, what occurred during and after their relocation and lastly how the legacy of Nicholas’ actions are still felt to this day both with survivors and those inspired by his tale.

Within a seemingly simple story at the outset this is a hefty and ambitious task when all the component parts are taken into account. Having said that it does so quite well. Though I occasionally wondered about, or lost track of a thread, there is a narrative language established wherein transitions between hosted intros, stills, interview pieces, stock footage, re-enactments and b-roll occurs. It’s only a minor pacing hiccup in the end.

Much of the footage implemented, along with the personal accounts as well as some unique and well-placed scoring and original music really elevate this film.

In a great piece by Christopher Campbell from last year he discussed the importance of judging the film in question when dealing with a documentary and as a sidebar you can talk about the topic as he discusses in issue films, which this is. So here’s my sidebar: while there are myriad stories of heroics that occurred during the holocaust that saved further lives from being lost what separates this one is what a small, almost individual effort it was, how unassuming the hero is and how he’s inspired others to take action to this very day in almost a real-life Pay It Forward manner.

Nicky’s Family is a fairly good documentary that should find a wider audience both for the cinematic qualities it possesses and the tale it tells, one that may not be so widely known. For more information on the film you can visit Menemsha’s site or go here to request a screening near you.