Each year, I try and improve the site, and also try to find a new an hopefully creative and fun way to countdown to the unveiling of the year’s BAM Awards. Last year, I posted most of the BAM Nominee and winner lists (Any omissions will be fixed this year). However, when I picked Django Unchained as the Best Picture of 2012 I then realized I had recent winner with no write-ups. I soon corrected that by translating a post and writing a series of my own. The thought was all films honored as Best Picture should have at least one piece dedicated to them. So I will through the month of December be posting write-ups on past winners.

While I didn’t really post explications that I can easily access for the BAM Awards back in 2003, this was a year wherein I lost my nominees and can only find winners) I was able to quote myself from an unusual source nowadays, my IMDb reviews:

There should be a rule that bars people from remaking a story when the definitive edition has been made. While I loved the much maligned ‘Hook’ and Disney’s version PJ Hogan created the perfect version of this tale. It uses more from the book than ever and even improves on some elements. The proper theatrical conventions are kept like Hook and the Father being played by the same actor and also the proper ones were done away with like a woman playing Peter’s role.

This is the way the story of Peter Pan should be told The imagery is balanced between fantastical and realistic. Every single character is perfectly cast, especially Jeremy Sumpter as Peter. The special effects were so amazing and unique I was actually surprised to see that Industrial Light and Magic did them. The film flows beautifully with scenes that seem as if they are pulled straight from my dreams.

This is a story that has always been very dear to me and I feel that people are making way to much of this film. Peter’s escape embodies a fear all children suffer from at one point or another: growing up. This is the essence of the film and the conflict is heightened by the fact that Wendy loves Peter and for him to love her back he knows he’d have to grow up. One day we know we must grow up. As children we envy Peter’s being but know that our destinies are more those of Wendy, Michael and John. As adults we find Peter’s dream of perpetual childhood beautiful but as we see his heart breaking because he cannot change who he is and live with the Darlings, so do ours. For that is our plight. There is not an audience this film can’t play to for that very reason.

It’s a heartwarming, swashbuckling, funny, adventurous, to say that its an experience doesn’t do it justice. This film is truly a dream come true.

It’s impossible not to like this movie. Open your heart, shut off your brain and watch Peter Pan the way it was meant to be seen.

Yes, I included that in its entirety even though there are some aspects I’d caveat or amend today. One of the amendments would be about stopping remakes. My point was that there’s a crystallization of a narrative in a certain form, to me this version of Peter Pan is it. It’s conscientiously still a storybook version but more real than prior versions, darker and more dramatic.

The second statement above that would need clearing up was the “shut off your brain” segment. While I still agree that Peter Pan is more a visceral than intellectual experience I wrote that as a knee-jerk reaction to some of the over-analysis of certain production decisions I read at the time. In terms of the intellectual aspect this version perhaps places the most emphasis on the tension between Peter and Wendy and the inner struggle each faces; Peter’s clinging to childhood and Wendy’s realization that she needs to go towards adulthood. Furthermore, the Hook/Pan dynamic, to borrow a trite modern colloquialism, the “frenemy” status exemplified by Sumpter and Isaacs is brilliantly portrayed.

Quite a few of my selections I believe were directors going where they were not necessarily expected to, and PJ Hogan hadn’t done anything in this vein yet. That’s for sure. 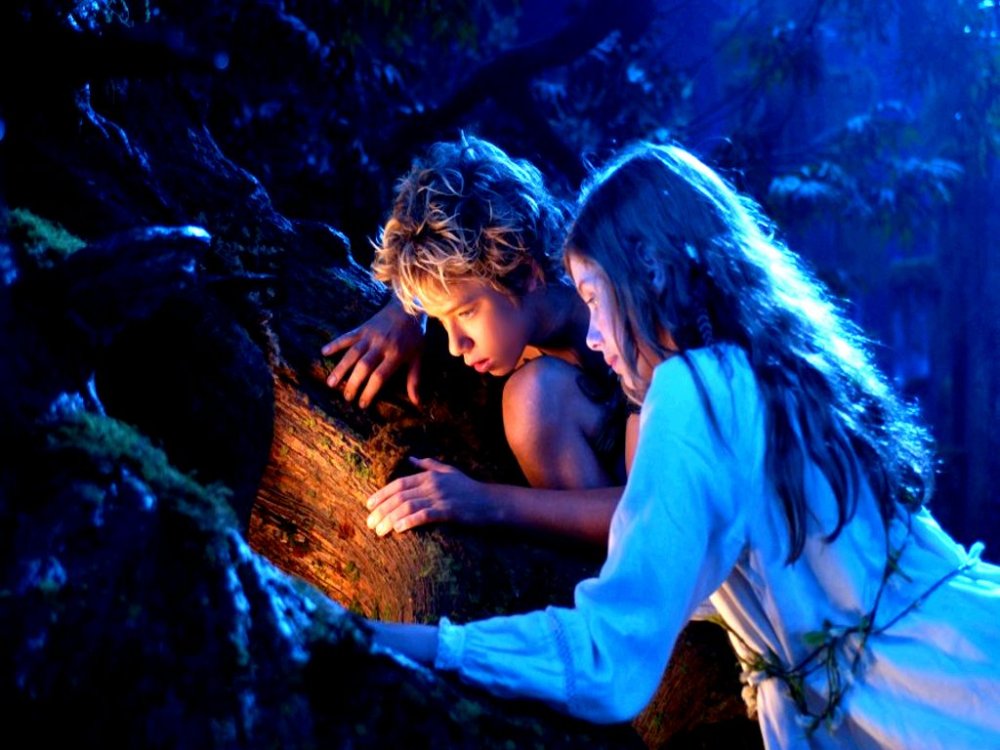 One history of the BAM Awards-related note. I used to in the days before streaming and on demand selections call the end of the year on-or-about Christmas. I believe Peter Pan’s release date was 12/27. Based on the conception and the strength of the trailer I extended the deadline that year and it became the first last-minute title to claim the number one spot.

This was and is a story I have a long history with. There was never a version quite like this one, and I don’t anticipate there will ever be one like it again. It’s something rather special. I knew that from the moment James Newton Howard’s “Flying” began (Another BAM note is that I erroneously eliminated it from scoring contention because of the classical cues used, when most of what I loved was original work).

Peter Pan, in the face of being written off by many, won a slew of BAM Awards in one of the most dominant showings ever, and I can explain why further if need be, but I think my case is made.